With news breaking just after WWE Fastlane that Andrade had been released by WWE speculation is running rife about his next move.  The wrestling world in 2021 is as interesting as it has ever been and it would appear there are a number of possible moves open to Andrade.  Let’s talk through them. 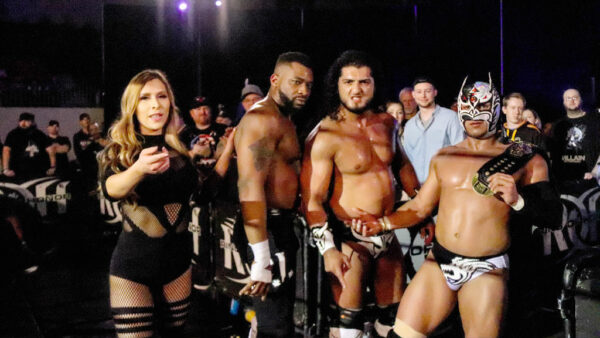 Ever since RUSH’s surprise departure from CMLL he has been running roughshod in AAA and Ring Of Honor (ROH).  Andrade and RUSH go way back as the two were founders of Los Ingobernables in CMLL when Andrade compete there as La Sombra.  A reunion with the ungovernable ones would likely provide Andrade with the chance to wrestle big matches in AAA and ROH.  Not to mention the chance to work with someone he has such a clear friendship with would not doubt be appealing to Andrade.

As part of the partnership between CMLL and NJPW La Sombra competed in NJPW quite a bit before joining the WWE.  Not only did he take part in the G1 Climax in 2011 and Best Of The Super Juniors in 2010, but he is also a former IWGP Intercontinental Champion.  A return to NJPW would make for an exciting move for Andrade who would have a whole host of fresh opponents both new and old.  There are of course potential barriers to Andrade heading right to NJPW like the current global pandemic but it would provide us fans with some excellent matches.

Andrade Is ALL ELITE

Of course, most fans minds immediately jumped to All Elite Wrestling as soon as the rumors broke that Andrade wanted out of WWE.  A reunion with Zelina Vega in AEW is something that fans are clamoring for.  AEW would be an excellent landing spot for Andrade as it not only houses a number of top talents for him to have excellent matches with but he has the charisma and star power to be a game-changing star for the company.  AEW is still in its infancy and it cannot possibly attain too many potential megastars of Andrade’s level.

Wherever he goes Andrade is sure to make a splash.  Both pre-WWE and even in WWE he proved himself to be an elite talent in the ring and someone with the potential to be a huge star if given the opportunity.