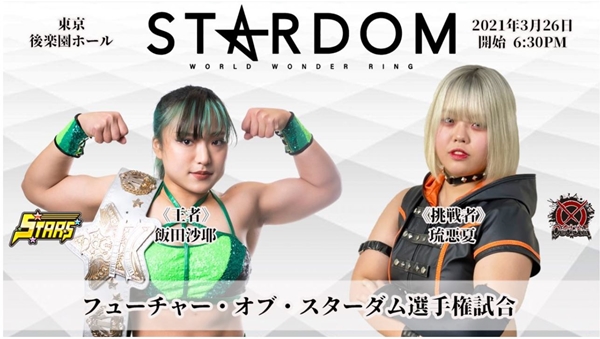 This match has been built up over the past month as Ruaka has been picking up some wins ever since turning on STARS and joining Oedo Tai.  Despite Ruaka’s little run of form, it seems unlikely she will be able to topple Iida here.  Especially since STARS could use a win or two in this all-out war to gain a foothold against Oedo Tai.  We will likely see Iida get defense number 2 under her belt but we must remark how nice it is to have another fresh face in the Future Of Stardom title picture after 2020 was dominated by the same 3 names.

All Out War Continues: STARS vs Oedo Tai 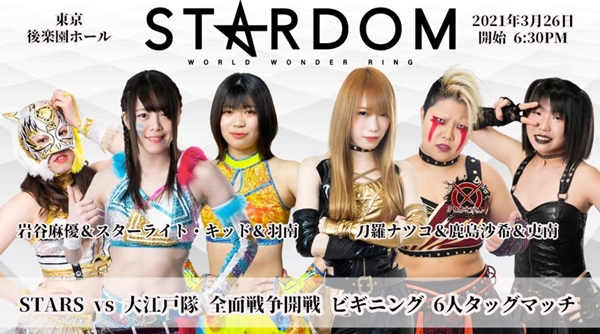 Rina makes her return to the ring for the first time since December as she teams with Natsuko Tora and Saki Kashima here.  She is being put right back into an all-out war between Oedo Tai and STARS which means she is at war with her older sister Hanan.  This match seems primed for a STARS win as they have so far failed to beat Oedo Tai on multiple occasions.  If this war is to heat up then STARS will need to shift the momentum here 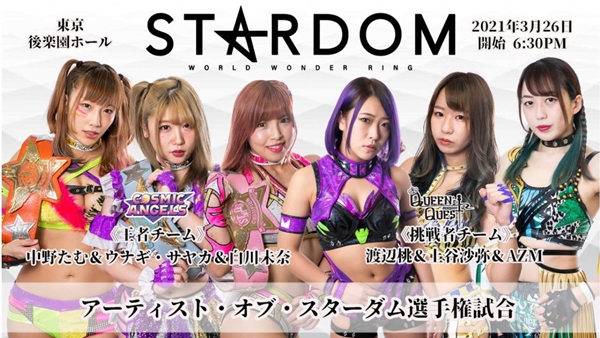 The Cosmic Angels look to make defense number 2 of a Queen’s Quest team that is definitely in need of a win.  AZM, Kamitani, and Watanabe all tasted defeat at All Star Dream Cinderella leaving all three with a need to regain momentum coming out of the show.  The Cosmic Angels on the other hand had a great night as Unagi Sayaka won the All Star Rumble while Tam Nakano captured the Wonder Of Stardom Championship.  The Angels are riding high and all signs point to them retaining their championships soon but Queen’s Quest are desperate for a win and Saya Kamitani is always capable of pulling a win out of the bag