WWE SmackDown is back once again! The road to WrestleMania is well and truly underway now.  However, there is still that roadblock known as WWE Fastlane to get past first.  Roman Reigns versus Daniel Bryan is the big match set to take place at the pay-per-view and is, in many ways, something of a throwback to their great match at Fastlane way back in 2015.  Tonight’s SmackDown already has three segments announced, so let’s dive in and take a look at the WWE SmackDown card. 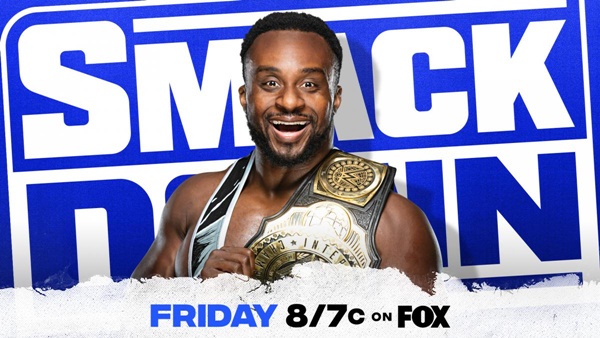 Since splitting from The New Day last year, the reigning WWE Intercontinental Champion, Big E, has been on a role.  For years now, the man has looked more and more primed for a solo run as he literally has it all.  As his name suggests, he is a big guy; he has unmatched charisma and also just happens to be a solid worker in the ring too.  It is no surprise that he has become one of the highlights of SmackDown over the past six or so months.  Tonight, he returns to SmackDown, following his injury at the hands of Apollo Crews – who, himself, is becoming something of a highlight.  Yes, his new Nigerian Prince gimmick is… interesting, to say the least.  But he is a good enough worker (and one of the most talented men on the roster) to do something with it.  It is the most he has been showcased since his arrival to the WWE and as the antagonist to Big E, he might just make it work. 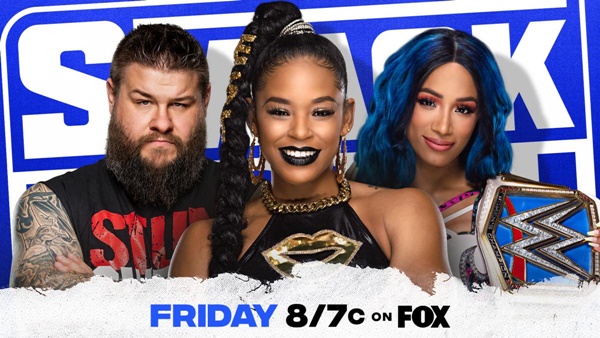 The “EST” of the WWE, Bianca Belair, notched up one of the biggest wins of her career last week.  For a long time, Shayna Baszler was unbeatable to Bianca – especially in NXT, where Shayna would constantly get the better of her.  That is in the past now, as Bianca continued her hot run by defeating her former NXT tormentor last Friday.  At WrestleMania next month, Bianca must overcome The Boss, Sasha Banks, who is enjoying her best title reign since her own NXT days more than half a decade ago.  Though they will be teaming up at Fastlane to take on Shayna and Nia Jax, at WrestleMania, they will be on opposite sides and have the potential to have a show-stealing performance.  Tonight, they appear on the Kevin Owens Show, where no doubt their ability to work as a team will be questioned and their feud will turn slightly more fiery.  Owens, sadly, does not have too much to do now that his feud with Roman Reigns is over, so maybe some insight into what the future has in store for him will be teased, also.  Either way, this segment should certainly focus more on Banks and Belair’s ability to work as a team. 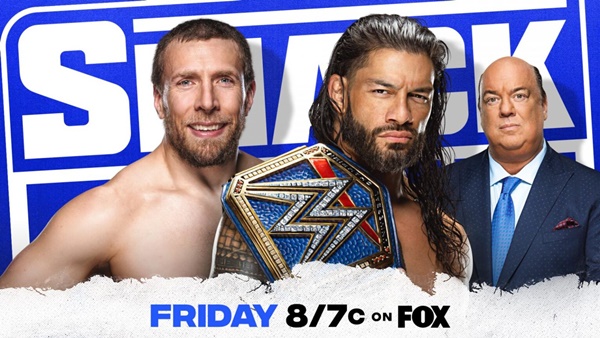 The presumed main event of tonight’s SmackDown will see the contract signing between Roman Reigns and Daniel Bryan, with Paul Heyman lurking behind the Tribal Chief.  Last week, Bryan overcame Jey Uso in a cage match to earn his right to a rematch against Roman Reigns for the WWE Universal Championship at Fastlane.  Roman was, of course, furious with the outcome of the match.  He understands Bryan is a worthy, hearty challenger and more than capable of beating him on Bryan’s best day, so he is wary of his opponent.  In what has become typical Roman Reigns fashion since becoming the Tribal Chief last year, there is a possibility that Roman – with help from Jey and Heyman, to an extent – will try to inflict as much damage as he can onto Bryan here, to ensure that he is weakened nine days before their match.  Bryan will have to be on his A-game and hope that he makes it through tonight unscathed.

Not Announced But Expected For Tonight’s SmackDown Card

– Sami Zayn helped Baron Corbin to a win over Montez Ford last week but Corbin did not return the favor in Zayn’s match against Angelo Dawkins.  Zayn will continue courting the King in what looks like the makings of a new tag team.

– Seth Rollins and Cesaro are clearly heading to a match at Fastlane and maybe WrestleMania.  That will be teased further tonight.