On Sunday night, the AEW Face of the Revolution ladder match will go down to crown the No. 1 contender for the TNT Championship. It’s an interesting match as the cast of talents ranges from the present and future of the division. There’s a lot of questions about who will walk out the winner considering one of the talents will not be revealed until the show. Every single competitor has a real chance of winning, but only one can come out as the winner. 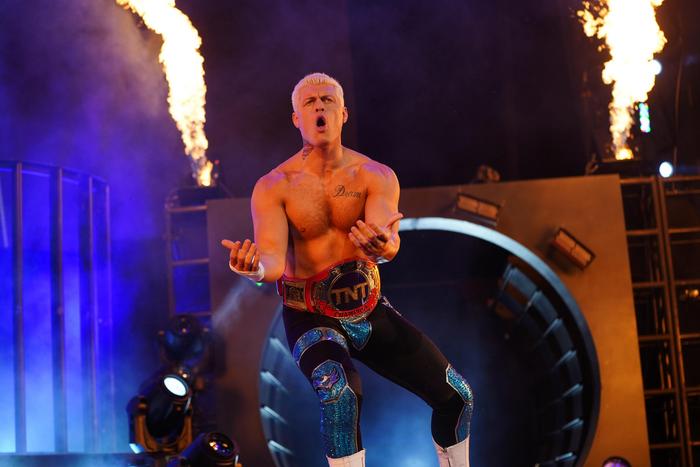 Cody Rhodes is a former two-time TNT Champion and enters this AEW Face of the Revolution ladder match with a shot to try and become the first-ever three-time champion. Rhodes has been rather busy focusing on his feud with Shaquille O’Neil and Jade Cargill for the past number of months, losing focus of any championship during that time. But Tony Khan signed him onto this match and will give him a massive chance to regain the title that he lost to the current champion, Darby Allin. Some may consider Rhodes the “Ace” of AEW and he has been that for some time now. He has been willing to fight any chance he gets and with no chance at ever winning the AEW World Championship, the TNT Championship is all he has to pursue in singles competition. This is a big match for him because what next could be cloudy. 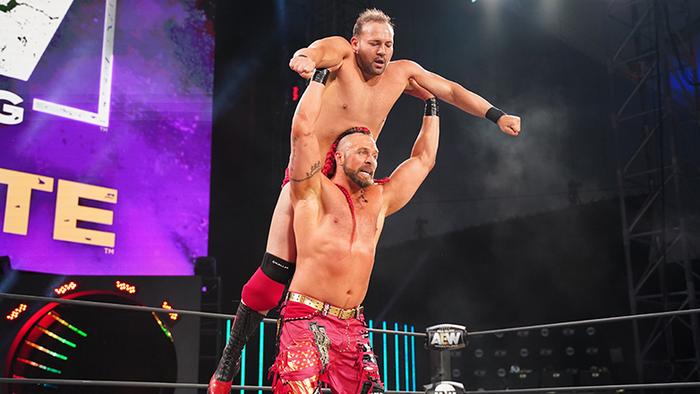 “The Murderhawk Monster” has been close to gold many times. He made it to the finals of the TNT Championship tournament before losing to Rhodes and had an AEW World Championship match stolen from him thanks to Eddie Kingston. But the man refuses to stop. Lance Archer managed to earn this opportunity by taking out AEW’s hottest star, Rey Fenix, in one of the best singles matches of the year so far. Considering his ability to put a stop to the momentum of Fenix, it only seems right that he could rise to the TNT Championship in this ladder match. Archer has been waiting for that signature title win in AEW, so this could finally lead to that very moment. 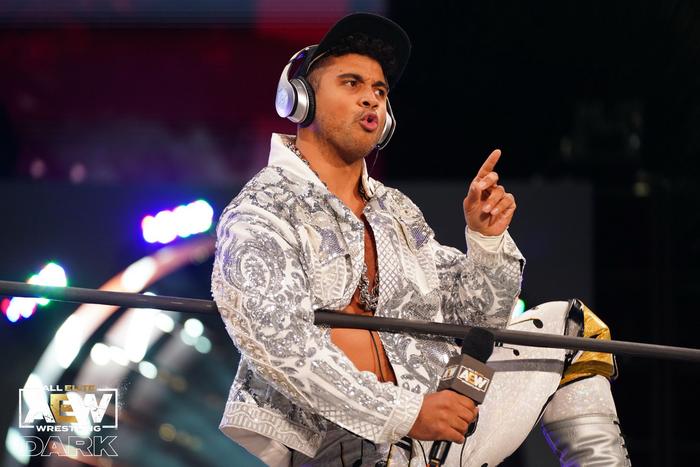 There is no bigger opportunity in the career of Max Caster than there is on Sunday. With his Acclaimed partner Anthony Bowens sidelined, Caster will get a chance to chase singles work and will have a shot at the TNT Championship on the line. The rapping, trash-talking professional wrestler can go, even if the reason he is in the match is thanks to Matt Hardy paying Jack Evans to take out Pres10 Vance. He probably is the least likely to win in terms of odds, but a surprise victory could always be possible with a ladder being involved. This is Caster’s chance to become a star. 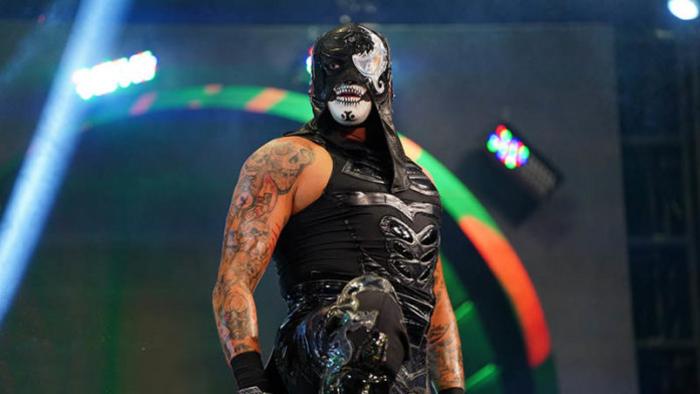 Penta El Zero M will make his return to AEW for the first time since being taken out by The Butcher and The Blade in December. His return should excite many as the man with “zero fear” should be the scariest in a ladder match. Expect Penta to do everything in his power to bring pain and earn the match he and fans have long wanted — a title match. With the other half of the Lucha Bros, Fenix, teaming with PAC for the time being, this should be the perfect time for Penta to shine on his own. Of course, the Lucha Bros form one of the best tag teams in the world when together, but they may be even better apart in singles competition. The fans will be chanting “Cero Miedo” as Penta makes his return to AEW in a potential show-stealer. 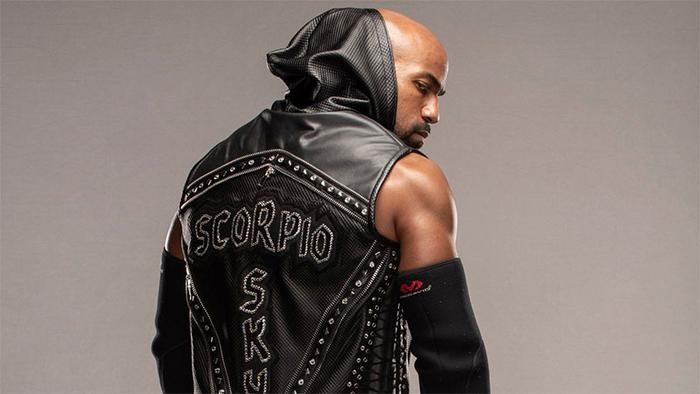 Scorpio Sky was sidelined with an injury for the past few months with his last in-ring competition coming on Jan. 7 in a win over Nick Comoroto on DARK. So to say this is a big opportunity for him could be underselling it. He appeared on commentary this week showing a different side, making it all about him and acting as though no one else stands a chance now that he is back. An interesting sense of confidence considering his past of coming up short in such major matches. Maybe this is what he needed to flip the switch for his career and could make him the favorite rather than the underdog. Sky vs. Darby Allin sure sounds like an excellent match if he can walk away as the Face of the Revolution. 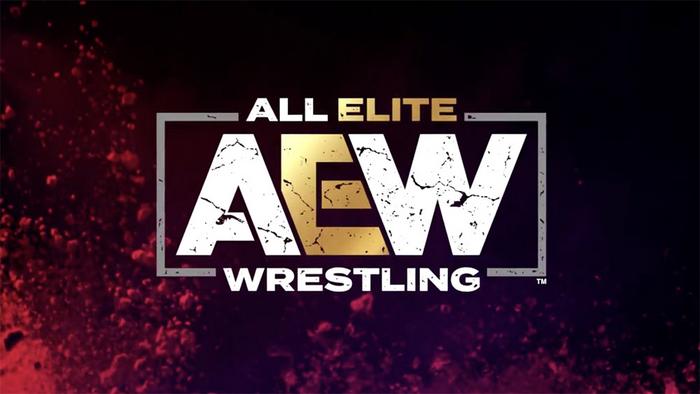 Tony Khan always keeps the fans on their toes. Along with the “hall of fame” caliber signing, AEW will have a surprise entry into this tournament that Khan has kept a secret. The question is who could it be? Considering the countless partnerships that AEW has right now, you would have to think someone from IMPACT Wrestling could fit the mold as an ultimate surprise. Someone like Chris Sabin or Chris Bey could dazzle in this spot and make an impact (no pun intended) in AEW for the first time. It would not only be exciting for the fans there that night but those around the world hoping to see more IMPACT-AEW crossover. Then there’s the AEW roster as is and Sammy Guevara could make sense to begin his singles career. Fans haven’t heard from him since he quit The Inner Circle.

The mystery should keep anyone excited and a brand new competitor could also be it. Until then, we will just have to wait and see. 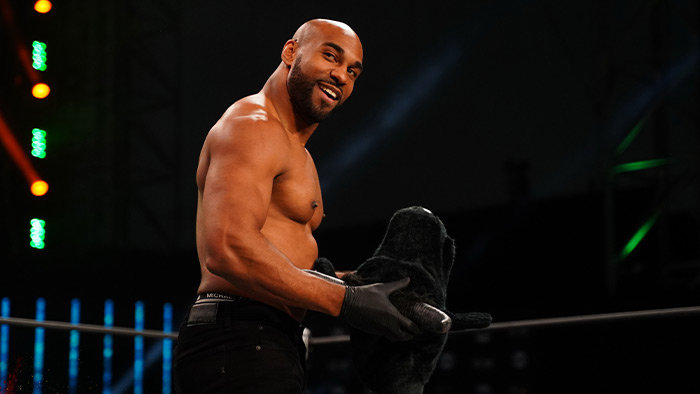 AEW has high on Sky since signing him as breaking him away from SCU was a clear sign of that. With his return from injury as a major telling point in the ladder match and a clear mood change, this could be Sky’s night to secure a major pay-per-view win. And the truth is, the surprise entrant cannot always win or it defeats the purpose of announcing anyone else. Sky would form a great defense for Allin who has only defended his title twice against Brian Cage and Joey Janela, so a major matchup with Sky could be a good chance for him to solidify it that much more — or even lose the title in a shocking upset. Either way, Sky is going to be pushed as a top mid-card talent for AEW and this could be the signature win that he has needed.