The part-time wrestler has a pretty negative feel to it nowadays amongst fans. A lot of that has to do with the likes of Goldberg and Brock Lesnar, who have continuously won world titles without really having to earn it in WWE. And while they are usually more helpful than harmful, part-time is looked at as a bad thing. The time off really makes that a reality. And yet, we have a part-time wrestler who just won the Royal Rumble. That wrestler is “The Rated R Superstar,” Edge. But this time around, it already feels different when it comes to part-time going for gold. Here’s a look at why Edge is different from other WWE part-time wrestlers and could very well change the mold moving forward.

His First Stint Back With The Company 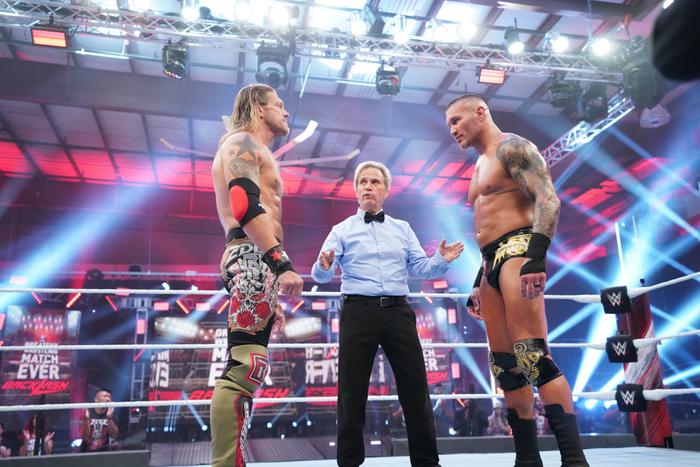 You really don’t have to look that far back to understand what kind of performer Edge is going to be in his final chapter. From the moment he returned at the Royal Rumble in 2020, it felt like he was all the way back. The outstanding performance in that Rumble saw him wrestle for nearly 20 minutes before being eliminated. Then the next night on Raw, he made the world know he was really back. That’s also the same night his rivalry with Randy Orton kicked off into full effect as Orton hit a con-chair-to to Edge and left him out of action for the future. It wasn’t until he came back around a month later that it was clear he was going to wrestle at WrestleMania 36 in the weirdest atmosphere yet. But what we got in that lead up was some of the finest promo work in Edge’s career. He threw back the curtain, stared down the camera, and made fans around the world feel like they were right there with him.

At WrestleMania 36, he and Orton wrestled for 36 minutes before finding a conclusion. No part-timer was doing that. Then when they were to have “The Greatest Wrestling Match Ever” at Backlash, they went even longer. 44 minutes and 45 seconds to be exact. This wasn’t something anyone in WWE did anymore. Most main event matches rarely touched 30 minutes, forget 40. He was back and doing all he could to show that he was back. Unfortunately, an injury delayed what could have been next for “The Rated R Superstar.” But it wasn’t difficult to see that this was important to him. To break the thought of what a part-time wrestler was and that he wasn’t like the rest.

And his latest return and comments make it pretty clear he is going to keep changing how fans look at part-timers moving forward.

“I didn’t come back to just do a greatest hits tour.” 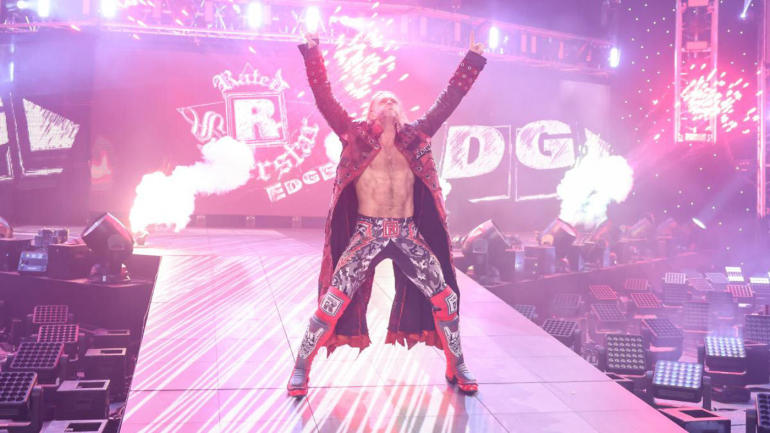 Edge returned from injury on the Raw before the 2021 Royal Rumble letting it be known that he was not only entering but this time he was going to win. When it was revealed he would be entering at No. 1, it seemed like a daunting task for him to achieve. But as the true “Ultimate Opportunist” of WWE, he survived and conquered. This was yet another feather in the cap for Edge, as he lasted 58 minutes and 27 seconds to win the entire thing. In his return, he has three of the most impressive performances in terms of time in WWE. After winning the Royal Rumble, he made it clear to the world what his intentions are now that he is fully back in an interview with CBS Sports.

“I didn’t come back to just do a greatest hits tour,” Edge said. “That’s not why I came back. I didn’t just want to do regurgitated greatest hits. I wanted to come back because I wanted to tell compelling stories. I wanted to get in with a lot of talent so that … if I could impart wisdom from 29 years of doing this, in terms of trying to tell a story, that’s really exciting for me. I love so much of this talent, and it’s exciting to be able to get in with them.”

The quote is nearly a shot at all the other part-timers, whether it be Lesnar, Goldberg, or The Undertaker. Edge has made it pretty clear that isn’t his goal. He wants to tell these stories with the new stars and be around to do that. A lot of that could be for a few reasons. First off, his injury forced him to not end his career on his terms. This time he wants to do that and give back as much as he can. The other reason is his incredible love for professional wrestling. He’s nearly untouchable when it comes to wrestling knowledge and the ability to deliver storytelling compared to today. With that being the basis of who Edge is, it makes sense why he is changing the mold.

If you don’t believe it yet, the idea that he doesn’t consider himself a part-timer may do that. Fans call him that, but Edge believes he is all in. Here’s what he said about it in an interview with Bleacher Report.

The proof is already there. He wrestled in a match on Monday Night Raw. Brock Lesnar hasn’t done that since returning in 2012. The only match that he does have on television is one that lasted for 10 seconds on SmackDown against Kofi Kingston for the WWE Championship. Edge is doing things his way and has no problem with that. And that makes the mold of the part-timer take on a different meaning.

Edge is all in. When Edge is in professional wrestling, he is all in. His goal may not be to change the way part-timers are seen, but fans should know that he is different from the rest of the pack. He is here to perform. He’s here to tell stories.

Edge is here to truly be “The Rated R Superstar” week in and week out. Fans should be ready to appreciate that because he won’t be around forever.