Ricochet is an out of this world performer. His athletic ability and high-octane offense are up with the best this business has to offer. The man defies gravity every chance he gets and is probably the closest the WWE Universe will ever get to a video game character come to life. A consistent human highlight film with a jaw-dropping aerial offense, fans are wondering why Ricochet’s momentum has fallen off in recent years.

He is a talented performer but has yet to find his footing on Monday Night Raw to no fault of his own. “The One and Only” is not The Rock on the mic but possesses skills many would be envious of. Unfortunately, he is on the red brand of WWE and Raw heavily leans on promos and mic work. But with that being said, all hope is not lost. Ricochet can regain the spotlight and his momentum back with a little change in scenery. A return to form must include a return to the black and yellow brand NXT and here’s why. 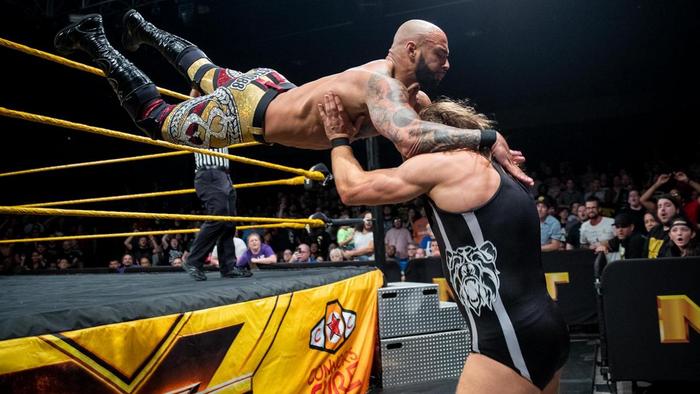 Ricochet’s arrival in WWE was met with extremely positive reactions from wrestling fanatics. Fans were already fantasy booking in their heads the classics he could have with the likes of The Undisputed ERA, Aleister Black, and other NXT superstars at that time. Consistently producing at a high level night in and night out, Ricochet was adored by the NXT loyalists and deservingly so he would win the NXT North American Championship.

Not long after that, he would make his main roster debut on Raw teaming with fellow underused talent Aleister Black. The duo even competed for the SmackDown Tag Team Titles at WrestleMania 35. This is where his momentum would come to a screeching halt. He would win the United States Championship but was rarely ever given the time to shine and make the title credible. Ricochet would be booked in a WWE Championship match at WWE Super Showdown against Brock Lesnar. Many were excited about the prospect of the match but were left extremely disappointed. Ricochet mustered up little to no offense against “The Beast Incarnate.” This decision left fans puzzled because Lesnar has had some stellar matches with smaller performers the likes of Rey Mysterio, AJ Styles, and Daniel Bryan to name a few. These turn of events did not help out the cause of Ricochet one bit.

Recently, Ricochet has had some lackluster run-ins with The Hurt Business and RETRIBUTION. It’s just basically the same story with two interchangeable pieces. The storylines ultimately went nowhere and have left the high-flyer in limbo.

A Quest To Once Again Become “The One and Only” 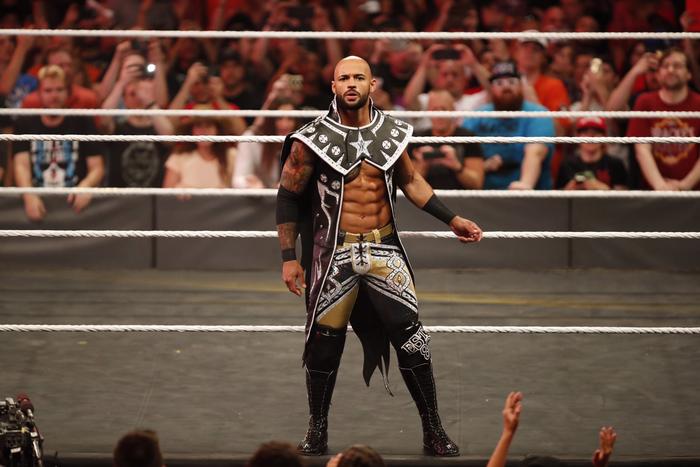 As Paul Heyman once stated when referring to ECW, “Accentuate the positives, hide the negatives.” That old adage is exactly what WWE should think of when booking Ricochet. The first and most vital step is bringing him back home to NXT. Raw relies more on over-the-top storylines while SmackDown is stacked from top to bottom leaving Ricochet lost in the shuffle once again.

Ricochet would be comparable to a star like Cesaro. Both are stellar performers but with deficiencies on the mic. Both could easily put on “Match of the Night” performances without even breaking a sweat. Cesaro has always been looked at as a steady hand. He does deserve more than he is given but at least Cesaro has found his place in the WWE machine. Ricochet, on the other hand, has not and WWE is seemingly having a problem fitting him into their plans.

NXT is the perfect place for Ricochet and if the time comes he returns there he should stay for good. NXT offers up fresh opponents and opportunities for him. Imagine Ricochet embroiled in a feud with Santos Escobar over the NXT Cruiserweight Championship. The two would tear the house down every night. Or how about someone like KUSHIDA or Isaiah “Swerve” Scott the showdowns would undoubtedly be epic matchups. Maybe Ricochet could even go after the big dogs and go after someone like Finn Balor or Johnny Gargano. The possibilities are endless.

The Black & Yellow Light At The End Of The Tunnel 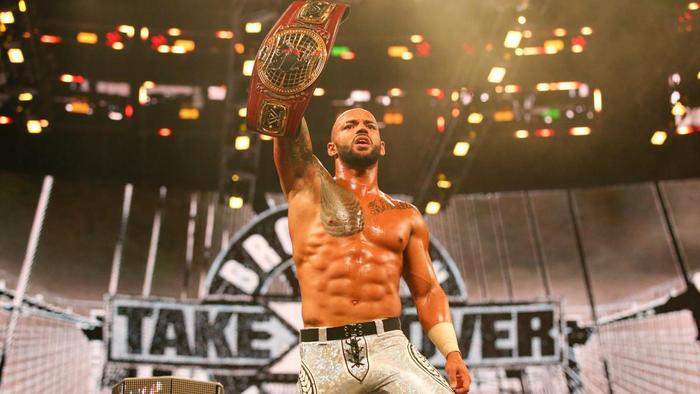 The third brand of WWE is operated a bit differently than its main roster counterparts. Under Triple H, NXT has been an alternative to fans that prioritize the in-ring work rather than promos. Ricochet is in no short supply of great matches as long as he gets the time and attention he deserves.

Fellow high-flyers Lucha House Party instantly come to mind. The two have been killing it on NXT lately competing in the Dusty Rhodes Tag Team Classic and not long ago Gran Metalik challenged Santos Escobar for the NXT Cruiserweight Championship. It’s night and day when the duo is on NXT as opposed to RAW. Down in NXT, they are given the opportunity to showcase the best of their abilities. But on RAW they are merely cannon fodder. Lince Dorado and Gran Metalik have not disappointed one bit in the black and yellow brand.

Ricochet returning home to NXT would be exactly the shot in the arm his career needs. He would do a lot less talking and a lot more flying. Reminding the fans of how good he has always been. The Ricochet that competed in the Best of the Super Juniors in NJPW is still in there — he’s just temporarily grounded. The man under the mask named Prince Puma in Lucha Underground is still in there, he’s just waiting to be unleashed. NXT is a different world than RAW or SmackDown. But it’s a perfect world for Ricochet to exist in.