Following the Royal Rumble this past Sunday, the NXT roster has seen some subtractions as well as great performances by their top women in the big match. This week, they will look to continue their road to NXT TakeOver as the Dusty Rhodes Tag Team Classic rolls on for both the men and women. Oh, and “The Rated R Superstar” and 2021 men’s Royal Rumble winner, Edge, will be making his very first appearance on the brand. Here’s the preview for NXT this week.

Edge Drops By NXT For The First-Time-Ever 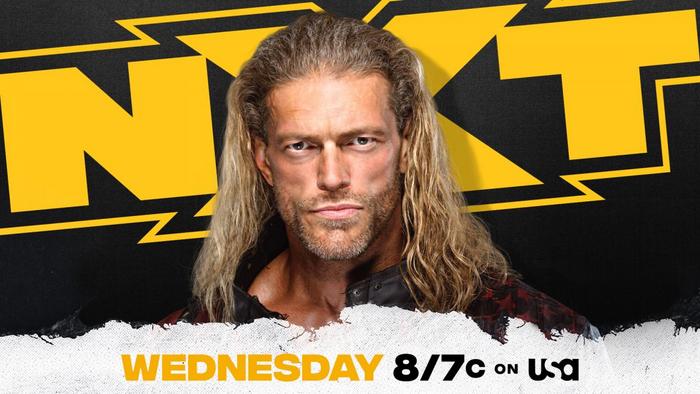 Well, well, well. Edge is on his way to NXT and no one really knows why besides what he tweeted on Tuesday.

In Orlando to visit my wife. Then I had a thought, @WWENXT needs to get #RatedR

So visiting Beth Phoenix is one thing, but being announced as a part of NXT is another. What does he have in store? One has to think it could do with NXT Champion Finn Balor. After all, it was only last year that Charlotte Flair used her Royal Rumble win to challenge for the NXT Women’s Championship. He seems determined to let all the champions know that he wants gold and this has instantly become a must-see because of “The Rated R Superstar.”

The Undisputed Era has its hands in a lot, which is no surprise considering their history but it could cost them. Adam Cole and Roderick Strong played support last week for Finn Balor and Kyle O’Reilly as they were attacked by Pete Dunne, Oney Lorcan, and Danny Burch. Now they must shift their focus back to the Dusty Cup as they try and defeat the makeshift team of Tommaso Ciampa and Timothy Thatcher. Ciampa and Thatcher worked well together in their first outing, but now they are facing a real team and that could show they have a limit.

Dakota Kai and Raquel Gonzalez will have a quick turnaround this week after advancing one week ago. They faceoff with Kayden Carter and Kacy Catanzaro in a battle of two true teams in the tournament. Kai was a participant in the 2021 women’s Royal Rumble and was eliminated in tough fashion by Rhea Ripley, so she could be feeling that but also have plenty of anger to use on her opponents. Carter and Catanzaro moved on when Io Shirai took out Mercedes Martinez, allowing them to take the advantage of Toni Storm being partner-less. They pulled off one upset, so why not two?

A spot in the semi-finals is on the line between Lucha House Party and Legado del Fantasma on Wednesday night. It’s a tale of two first rounds for both of these teams. Gran Metalik and Lince Dorado pulled off an upset over former NXT Tag Team Champions Imperium in round one. On the other side, Legado del Fantasma made easy work of the Bollywood Boyz to move on. The winner of this one will meet MSK in the semi-finals.

Santos Escobar will finally defend his championship against up and comer Curt Stallion on NXT this week. But Escobar has more than just Stallion to deal with. It was two weeks ago that he attempted to throw shots at Karrion Kross, which seemed odd at the time. Last week as he and Legado del Fantasma laughed about the situation, he received a card much like the ones Scarlett uses. So as Escobar tries to defend his gold, Kross could be watching leading to an ultimate match between two vastly different performers.