Making A Classic is a series dedicated to delving into some of the all-time classic professional wrestling matches.  We will discuss the background, the match, the action, and hopefully be able to figure out what it is that makes a classic match.  In this edition, we take a look back at the signature match of the first-ever all-women’s PPV, Evolution. Becky Lynch vs Charlotte Flair for the SmackDown Women’s Championship in a last woman standing match. 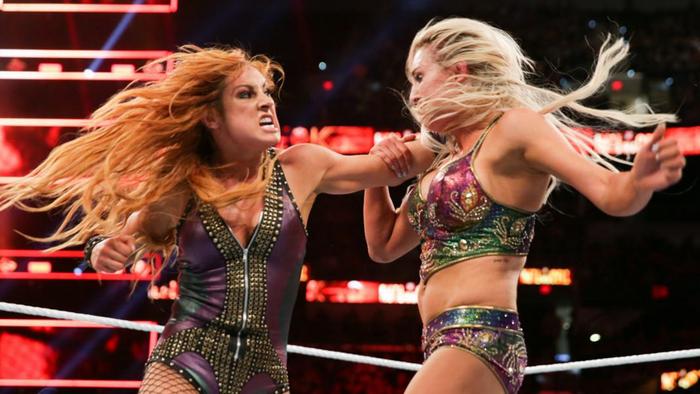 There is something about a broken friendship that has continuously led to a great story in WWE. Whether it be that of Seth Rollins vs Dean Ambrose or Bayley vs Sasha Banks, it almost always delivers. We go back to 2018 at SummerSlam where the returning Charlotte Flair weaseled her way into a match that her friend Becky Lynch had earned against the SmackDown Women’s Champion, Carmella. Lynch didn’t react awfully or even really look down upon Flair, but instead welcomed the challenge with open arms with a goal to shock the world. Fast forward to SummerSlam and it was Flair who walked out as the new champion at the expense of the work Lynch had done. This is where the switch finally flipped and the Becky Lynch that becomes the company’s biggest star truly began.

Lynch smashed Flair after the match it made it clear she was sick of being upstaged by her so-called “best friend” who had taken opportunity after opportunity from her. No longer was she going to look out for anyone but herself and thus “The Man” persona was born. It was at the Hell in a Cell PPV a month later that Lynch would get her match against her now former best friend and would defeat Charlotte to become the SmackDown Women’s Championship once again. She held nothing back and was clearly proud of her accomplishment as she should be.

They would have what seemed to be a final match at WWE Super Showdown in Australia, but Lynch was disqualified 10 minutes in as she attempted to keep her championship. Now, it’s worth noting that the plan was for Lynch to be the heel of the feud but the fans would not allow it.

With the DQ finish seen as unacceptable, they would go to a rematch on SmackDown LIVE where they would fight for 20-plus minutes before a double count-out ended it. The feud was far from over and there had to be a definitive match to crown who was the true champion, leading to the first-ever women’s PPV, Evolution. In that build-up, Lynch showed her confidence and even told off WWE Hall of Famer, Edge, during a “Cutting Edge” segment on SmackDown. All she cared about was proving that she was the best. Not Flair.

That leads us to the match that defined their feud and showed that Becky Lynch was the certified top star WWE needed. 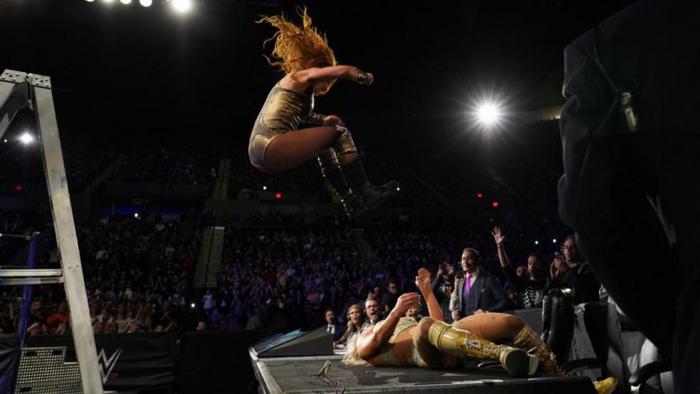 The match arrived. Becky Lynch vs Charlotte Flair. The first-ever WWE main roster Last Woman Standing match would decide who should be the SmackDown Women’s Champion. This match between the two carried a high level of importance for a number of reasons. (1) They wanted to be the signature match of Evolution. (2) They felt as though they should have been the main event over Ronda Rousey and Nikki Bella.

Well, they certainly showed they could prove both of those to be the truth. Lynch and Flair held nothing back against one another as they did everything in their power in a match of one-up (wo)manship. Back and forth they went all match long trying to beat one another in a match that really displayed their disdain for each other. Crazy, considering only a few months earlier they were the best of friends. But the anger on both sides was necessary and that made the match so good. At one point, there was a “war of chairs” as each woman continued to toss a chair into the ring. At one point, there were 10 in the middle of the mat and you know that was going to result in pain. Flair hit a backdrop suplex on Lynch with the chairs directly underneath, resulting in Lynch’s neck getting messed up and leading to the first close count of the match. Lynch eventually answered with her signature Manhandle Slam onto them as well.

It was a situation where you did not know what these two were going to next to take each other out. Eventually, a table was introduced to the match and it would be the first of three crash and burns in this one. Flair prompted Lynch onto the table and hit a stunning moonsault from the top, but it resulted in them both falling off and the table staying together. Charlotte wasn’t going to stop until Lynch felt this pain and she climbed to the top again to do a senton on Lynch through the table. This match was only heating up and it looked like Flair would defeat her friend and take away what meant most to her.

Perhaps the move that made Lynch realize her title may be in jeopardy was when Flair followed the methods of her father, Ric Flair. She made the leg of Lynch her target and ultimately locked on the Figure 4 Leg Lock with a ladder locked around Lynch’s leg. We saw the champion tapping but it did not matter with Last Woman Standing rules in this one.

This was when “The Man” realized it was time to run. She grabbed her championship and attempted to leave through the crowd before Flair went and got her. They battled and battled until they were back ringside, leading to the spot of the night. Flair’s intentions of putting Lynch through the announce table ultimately saw it backfire, as it was Lynch who would climb the ladder prompted next to the table and hit a diving leg drop to crash and burn onto Flair. She then buried her under chairs and broken table to try and keep her down. It was not enough.

The devastating finish to this spectacular exhibition came when the challenger was willing to put it on the line. If you had been a fan of WWE long enough, you knew that Charlotte has this unbelievable ability to hit a stunning corkscrew moonsault. Well, she was looking to do it again for the win. Bringing yet another table into the match, this time outside of the ring on the floor. She prompted Lynch on it once again as she climbed to the top rope. As she turned around to try her incredible finish, it was Lynch who got up to the apron, grabbed Flair, and powerbombed her down to the floor and through the table. It was here that Lynch finally finished off her former friend and retained her SmackDown Women’s Championship.

What made this match so special was the ability to use psychology as they told the story. Lynch’s goal never really wavered. Do what it takes to keep her championship. Flair’s goal clearly did throughout — she went from trying to win a title to simply wanting to hurt her former best friend. It was a story through to the end. Not only does it go down as the match of Evolution, but one of the best in WWE history. 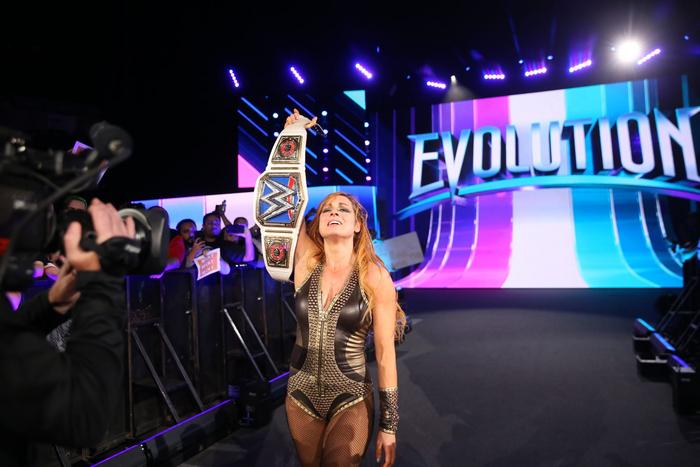 The aftermath of this match was one of major proportions. Not only did Becky Lynch retain her title, but she went on to be “The Man” of WWE. Her next six months included the coolest image of the 21st century in WWE as she stood tall after invading Raw and taking out Ronda Rousey ahead of Survivor Series, losing the SmackDown Women’s Championship, winning the second women’s Royal Rumble, and being one of three women to main event WrestleMania for the first time ever. Not only did she main event though, but she also won and became the first-ever Raw and SmackDown Women’s Champion. Lynch would hold that Raw Women’s Championship for a year, becoming the signature performer of WWE before leaving in April of 2020 to have her first child. It was the greatest run a woman has ever had in WWE history.

Charlotte Flair would also go on to main event WrestleMania. But before that, she would take Lynch’s spot at Survivor Series and go to war with Rousey. She’d also win the SmackDown Women’s Championship a week before WrestleMania 35 to make the match a double championship encounter. She would be on and off television for the past year but would go on to find her own redemption a year after Lynch won the Royal Rumble, winning her own and going to WrestleMania to fight for the NXT Women’s Championship.

Becky Lynch vs Charlotte Flair created a spark that led to this meteoric rise for Lynch. And it was this match that became a signature for both women’s careers.