Match Point is an on-going series at Last Word on Pro Wrestling, where we look at intriguing matchups in indie wrestling and beyond. They may be dream matches, first-time matchups, or hotly anticipated rematches. In this edition, we will look at one of the marquee matches of Game Changer Wrestling‘s 24-hour event Fight Forever, from EFFY’s Big Gay Block, as EFFY himself faces off against Billy Dixon.

We’re just days away from WWE Royal Rumble weekend, but for many fans of the US indie scene, it also holds something even bigger. On Friday, January 29, at 8 pm, Game Changer Wrestling (GCW) is launching GCW Fight Forever, a historic undertaking that will see GCW broadcast a 24-hour live wrestling event, LIVE and FREE on their Official YouTube page. The 24 hours will be broken into mini-PPVs, blocks of one or two hours, each showcasing different niches of indie wrestling.

From 10 am to 12 pm on Saturday, January 20, GCW is presenting EFFY’s Big Gay Block, the sequel to the massively successful EFFY’s Big Gay Brunch, one of the stand-out events from last October’s weekend, The Collective. The first match for EFFY’s Big Gay Block occurred on Thursday night, which will see LGBTQ+ legend Dark Sheik face off against one of the scene’s rising young stars in Devon Monroe. This past Friday, they announced the event’s second match and it’s a tete-a-tete between two of the most important names in LGBTQ+ wrestling heading into 2021. The event namesake himself, EFFY, will face off against Billy Dixon.

I wanted more stunt for us.
Will the mother of the house of no bullshit report to the floor?

The LGBTQ+ community has had the longest and hardest road for true representation in professional wrestling – while women and African-American wrestlers have suffered their own very real setbacks in professional wrestling, they were at least afforded the visibility in the scene since the industry’s earliest days (although both have seen their fair share of degradations and treatment as novelties). But while there have been LGBTQ+ stars throughout history, many have had to hide in the shadows with their sexuality or been ostracized because of it.

Pat Patterson, while widely known as being gay backstage by his peers, didn’t officially “come out” publicly until he appeared on WWE’s reality show Legends House in 2014. Sandy Parker, the first black woman to win a world title in 1973 while with All Japan Women’s Pro-Wrestling (AJW), was also openly a lesbian. But it was her run-ins with her former mentor Fabulous Moolah – much of which was grounded in Parker’s sexuality – essentially got her blackballed in North America, hence her decision to head to Japan to pursue her career (her win also made her the first LGBTQ+ World Champion, woman or man).

For years, characters who appeared to be LGBTQ+ most often actually weren’t, and instead of normalizing queer wrestlers in the sport, they sought to reduce them to the lowest common stereotype, like characters like “Adorable” Adrian Adonis and Goldust. It’s only been in the past five years that LGBTQ+ performers have finally found the power within their own skins to mobilize and show that being queer isn’t a gimmick – it’s merely an extension of themselves. And in the past year or so, EFFY and Billy Dixon have become not only two of the scene’s best performers, but two of the generals leading a revolution that has become something bigger than many of their forebearers could have ever dreamed. 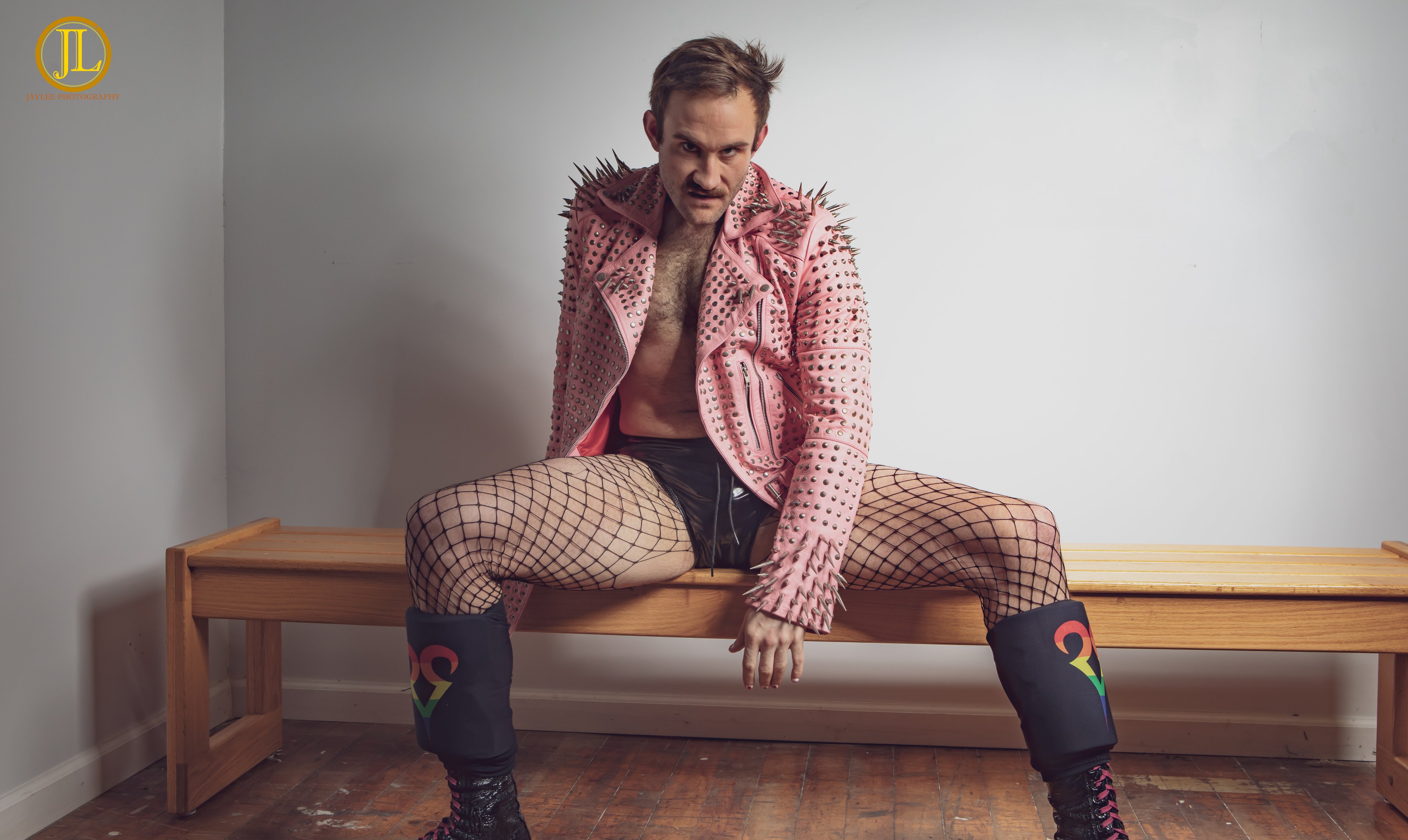 EFFY has become arguably one of the biggest stars in the LGBTQ+ scene – although AEW‘s Sonny Kiss and Nyla Rose have found larger platforms – and he has shown he can handle any match that any sexual orientation can handle. Since exploding out of the Florida indie circuit in 2019, he’s become one of the top stars with GCW, the rugged hybrid promotion that has helped bring deathmatch wrestling from the niche corners of the fields back into the conversation.

EFFY hasn’t backed down from any opponent, and in nearly three years has faced some of GCW (and the US indies) toughest wrestlers, such as Eddie Kingston, Chris Dickinson, SHLAK, Rickey Shane Page, and even the King of Deathmatches himself, Nick Gage. But he’s not a deathmatch wrestler per se – he’s proven he can accommodate his style to that of any performer, be it Orange Cassidy to Marko Stunt to Allie Kat to whomever. He’s one of the most well-rounded pro wrestlers on the circuit today and easily one of its most charismatic.

While EFFY has always been openly gay in the pro wrestling world, the more popular he becomes, the more he uses his platform to be a loudspeaker of support for the LGBTQ+ scene that is growing bigger by the day. In 2020, he was given the book by GCW to run his own special event, EFFY’s Big Gay Brunch, at last year’s The Collective, which went on to universal praise as one of the year’s best events. 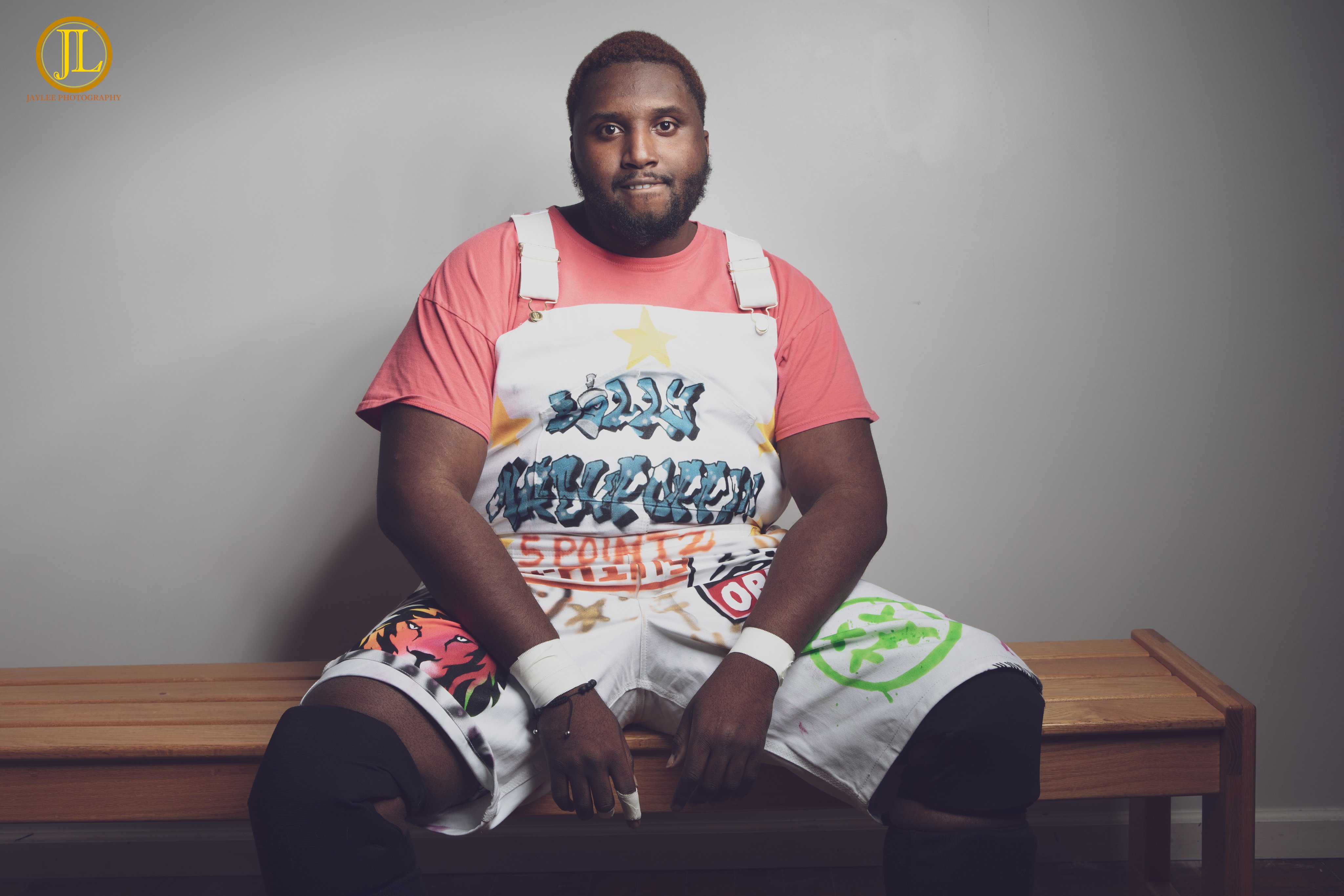 Billy Dixon’s journey has been somewhat different than that of his opponents. Billy has emerged as another great indie wrestler over the past few years – he’s the current reigning F1ght Club Chocolate City Champion – but it’s what people aren’t seeing behind the scenes that have elevated him into a position of monumental leadership in the LGBTQ+ wrestling community. While many promotions began to shut down and cancel events due to the Covid pandemic in 2020, Dixon saw it as an opportunity for pro wrestling as a whole to think outside of its box – a box that has remained fairly taped shut since the 1960s – and push for something different.

He has endured a pandemic stricken industry across the board to emerge as one of the Covid visionaries who has taken risks with his own ideas and emerged victoriously. He was co-promoter for Prime Time Pro Wrestling (PTPW) in Washington, DC’s LGBTQ+ themed show Butch vs. Gore in March, just before everything went quiet, which proved to be a massive success. In October, he unveiled the ambitious Paris Is Bumping event, that combined cinematic wrestling, no-ring wrestling, and theatrics to create one of the year’s most creative endeavors. And while PTPW has since closed down, Dixon has paired with PTPW co-founder Lolo McGrath to create Butch vs. Gore Promotions, and they’re gearing up to release The Cassandro Cup, a new annual tournament featuring the best of the LGBTQ+ scene that is set to air this March on IndependentWrestling.tv (IWTV).

Two men who have become leaders in the LGBTQ+ renaissance in pro wrestling, two unique visionaries coming from different angles but for the same cause – the promotion, elevation, and acceptance of LGBTQ+ performers in the notoriously “macho” world of pro wrestling. This match, in many ways, is like Captain America: Civil War – EFFY in the role of Captain America, the staunch defender who has put himself in front of the world’s strongest adversaries to protect the truth and justice, against Billy Dixon’s Iron Man, a hero in his own right who is also a master architect that has the ability to change realities.

Like Cap and Iron Man, after this fight, the two will once again re-align to face a much bigger threat to all they hold dear – the still prevalent bigotry against the LGBTQ+ community that persists in much of today’s culture. And these two are up for the battle and continue to change perceptions one match at a time.