In 2020 the women’s evolution is in full flow as WWE, IMPACT Wrestling, and All Elite Wrestling are not afraid to push women as stars.  Even in Japan, Joshi wrestling is seeing a resurgence with Stardom and Tokyo Joshi Pro Wrestling two of the companies leading the way.  Before all of this though SHIMMER Wrestling was leading an indie revolution beginning all the way back in 2005.  Thanks to their StreamSHIMMER service we can watch classic shows from the company that helped spawn a revolution.  This SHIMMER lookback will focus on volumes one through ten.  We will talk about some of our overall thoughts based on our viewing experience of these chapters.

Fans of modern wrestling will be met with a number of familiar faces right away.  Names like Mercedes Martinez, Amazing Kong, Serena Deeb, and Rebecca Knox (Becky Lynch) feature in SHIMMER’s early days.  If you’re looking for some familiar faces to watch in these volumes then you aren’t short of options and it’s always fun seeing how your favorites develop.  Some, like Natalya, are surprisingly different in SHIMMER then we know them now.

SHIMMER isn’t just a modern-day indie that throws matches together to sell tickets.  In a similar vein to Ring Of Honor at that time they mixed the wrestling with very simple stories.  Just one example of this was the feud between Mercedes Martinez and Sara Del Rey.  The two wrestled to a time limit draw on show number one, this result didn’t sit well with either so they wrestled again in a no time limit match which Del Rey won.  Martinez, obviously unhappy at the loss wanted a third match, which she won.  This simple story allowed both to establish themselves as top names in the company by showcasing their talents against one another.  Similarly, Knox’s character arc of the rule-bending outsider was very simple storytelling that established her as a heel, but we’ll detail that more later on.

One thing we learned while researching for SHIMMER lookback was that SHIMMER had a very talented core roster.  The aforementioned Del Rey and Martinez were key names.  They were joined by Cheerleader Melissa, MsChif, and Daizee Haze as the core main event talents of the company’s early days.  These five could have good matches against any opponent on the roster but could also deliver great matches with each other in main event spots. 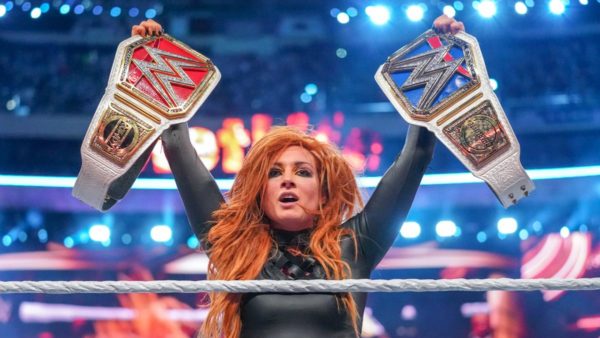 Rebecca Knox’s run in SHIMMER was short-lived as she only got to make two appearances before her retirement in 2006.  Regardless, it was clear from those appearances that Knox was destined for stardom.  She had the crowd eating out of the palm of her hand and was very proficient at a very technical style despite her young age.  Her heel character was a treat as she bent every rule she could to get under the skin of the pure athletes in SHIMMER.  Unfortunately, she and Haze never got to blow off their feud but her short run made a big impact on this viewer

Daizee Haze Should Have Been A Big Star

Sit back, meditate, and take a Mind Trip as we take a look at one of the most underrated yet pivotal members of the early 2000s women's independent wrestling movement, Daizee Haze.

Before watching these ten shows for SHIMMER Lookback we had never seen Daizee Haze in action.  It very quickly became clear to us that she should have been a major star in wrestling for WWE or IMPACT (TNA at the time).  Haze had a babyface charisma that the crowd loved and she could go in the ring to keep people interested.  Haze impressed in every appearance she made in the volumes we watched and it left us wondering how she never became a star beyond the independent scene.  Someone as talented and endearing as her should have been a world champion many times over.

Stay tuned to Last Word on Pro Wrestling for more on this and other stories from around the world of wrestling, as they develop. You can always count on LWOPW to be on top of the major news in the wrestling world, as well as to provide you with analysis, previews, videos, interviews, and editorials on the wrestling world.  Looking to talk wrestling, pro football, or any number of sports? Head on over to the LWOS Boards to engage in conversation with fellow fans!