It has today been announced that up-and-coming All Elite Wrestling talent, Lee Johnson, has joined the Nightmare Family.  In addition to Johnson, the Gunn Club – Billy and Austin Gunn – have also joined.  Lee Johnson has been working matches on AEW Dark for a while now, working twenty matches since April.  Though having lost all of them, Johnson’s talent is clearly undeniable and has done enough to impress Cody.  The Gunn Club have also been working AEW Dark, notching up a very impressive eight wins in nine matches as a tag team.

Lee Johnson is a Homegrown Prospect

AEW have clearly placed emphasis on developing some of their own talent.  Whereas signing ex-WWE talent is all well and good, there is no doubt that AEW wants to create their own talent for the future.  Lee Johnson is just that – having graduated from AEW’s/Cody’s Nightmare Factory training school.  In honing his craft under the watchful eye of Cody, QT Marshall and AR Fox, the sky is the limit for this young man within the walls of AEW. 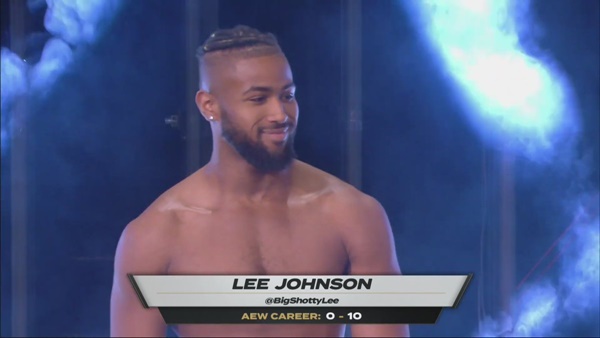 The Nightmare Family is an AEW based faction founded by Cody.  It features The Brotherhood of Cody and Dustin Rhodes, with Brandi Rhodes in tow. Then there’s the added layer, featuring friends of the Family, such as DDP, QT Marshall and now, presumably, Lee Johnson.  It is a separate entity from The Elite but one that is understandably friendly, given the mutual association with Cody.  Lee Johnson will no doubt be an inspired addition to the group; a welcomed injection of youth into a group largely consisting of veterans.

The Gunn Club Are a Fun But Serious Team

Father/son tag teams are pretty rare in pro wrestling.  Given the general shortness of pro-wrestling careers, most Dads are usually retired by the time their children lace up their boots for the first time.  Billy and Austin Gunn are an exception to this rule.  Much like Rey and Dominik Mysterio on SmackDown, the Gunn Club have been taking AEW Dark by storm and bode much promise for the future of AEW’s tag team division.  As members of the Nightmare Family, they now have the connections to jump ship to AEW’s flagship show, AEW Dynamite.

We wish Lee Johnson the very best of luck and are sure this is the beginning of a promising, lengthy career within All Elite Wrestling.  Austin Gunn will also go on to have a lengthy career and with Billy in his corner, he will do well.

Stay tuned to Last Word on Pro Wrestling for more on this and other stories from around the world of wrestling, as they develop. You can always count on LWOPW to be on top of the major news in the wrestling world.  As well as to provide you with analysis, previews, videos, interviews, and editorials on the wrestling world. You can catch AEW Dynamite Wednesday nights at 8 PM ET on TNT and AEW DARK Tuesday nights at 7 PM ET on YouTube.