If there is one wrestler in AEW who is considered polarizing, it’s none other than the “American Nightmare” Cody Rhodes. The “Prince of Pro Wrestling” possesses a classic style of storytelling and emphasis on pomp and circumstance in and out of the ring. Last year, during All Elite Wrestling‘s first episode of Dynamite, Cody was one of the most popular wrestlers in the company. Now though, it feels as though his popularity has taken a hit. For the past few months, Cody has been teasing a heel turn. After regaining the TNT Championship from Brodie Lee, Cody announced he wouldn’t go down a dark path and remain with the fans who support him. However, with the current story being told, and the number of other babyfaces on the rise, it’s obvious that Cody is well on his way to becoming the number one heel in AEW.

The youngest Rhodes brother’s odyssey began after losing to Chris Jericho at Full Gear last year. Thanks to MJF throwing in the towel, Cody can never challenge for the AEW World Championship due to his own self-imposed stipulation. Cody would face his former protégé at AEW Revolution in a losing effort. Since then, Cody has embarked on a kayfabe journey to rediscover his self-worth. He entered the TNT Championship Tournament and would become the inaugural champion by defeating the “Murderhawk Monster” Lance Archer at Double or Nothing. Cody then began to defend the title in weekly open challenges. From Jungle Boy, Ricky Starks, Eddie Kingston, Scorpio Sky, Cody has faced and defeated tremendous opponents. When Cody lost the TNT title in shocking fashion to Mr. Lee, it appeared as though a new era for the AEW midcard was in place. That wasn’t the case as Cody regained the red and gold strap on the latest edition of Dynamite.

Cody’s wrestling style and philosophy are divisive, to say the least. Having developed the majority of his career in the WWE bubble, the Elite EVP places an emphasis on drama and splendor for his matches. His wrestling arsenal is a throwback to the NWA-WCW style with a pinch of indie flair. And while some people vehemently reject Cody as a wrestler. With the right opponent, the Prince can put on a clinic. The legitimate five-star match between him and his brother, Dustin Rhodes, was simply phenomenal. As were his bouts with Jericho and Darby Allin. Cody is not everyone’s cup of tea, and that’s ok. However, Cody’s matches are always better when he plays the heel. Cody’s style perfectly fits the mold of a heel elitist. The old-school southern rasslin is more tailored for him to face off against dynamic, explosive performers in AEW.

Pre-pandemic, Cody was one of the most over babyfaces on the entire roster. Whether he came out to the ring for a match or a promo, the grandson of a plumber always got a heartfelt reaction. Legions of fans screamed Cody’s name and delighted in his aura. And while Cody has certainly kept a mountain of followers, the past couple of months have seen a number of fans that are tired of the American Nightmare’s more tedious aspects. From calling himself the “Prince” of Pro-Wrestling, to entering with the entire Nightmare Family in grandiose fashion, to calling himself the Ace of AEW, Cody has lost an endearing quality about himself and replaced it with renewed pretentiousness. With an entrance purposely designed for self-indulgent grandeur, the Thronebreaker was always going to have a shelf life as a hero. Fans are beginning to view Cody as though he were Triple H, rather than Dusty Rhodes. 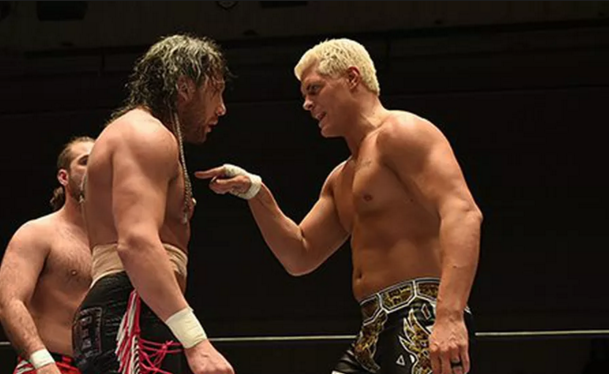 The American Nightmare’s most well-known work as a heel would have to be during his tenure as a member of the Bullet Club. The elitist alpha male attitude of Cody came into conflict with Kenny Omega over leadership for the Biz Cliz. Cody’s insecurities and egotism propelled him to drive a wedge between the Elite that is still felt to this day. Cody acted like a complete prick, and it was marvelous. Bernard the Business Bear, a chain of cigars, F*ck The Revival, were all just a few of Cody’s habits propelled into BTE to make it appear as though he was the most insensitive man in all of wrestling. While Cody didn’t always work in New Japan Pro-Wrestling, his heel character work in Ring of Honor and BTE set the tone for his ambition and obsession in AEW.

Cody’s storyline this past year has seen him consider returning down a dark path. In a match with Sonny Kiss for the TNT Championship, Cody turned the aggression up to eleven. Cody thrashed Dustin’s protégé with arrogance and unreleased pent-up aggression. Ever since he lost to MJF, Cody has begun to let loose on everyone in AEW. The TNT Championship has propelled Cody’s ego front and center. His insensitivity and pretentiousness are on full display. And though he may say otherwise, the storyline is clear that Cody is trying, desperately, to hold on to his success and remain at the top of AEW.

Whether or not Cody is still a member of the Elite is unclear. The last time Cody appeared on BTE was for the Vanguard 1 funeral on the 205th episode. However, Cody is highly likely to become the leader of a new Four Horsemen faction. With FTR and Shawn Spears united, the New Horsemen will ride soon into AEW. Cody being the leader of a new Four Horsemen is devilish, ironic perfection. Re-forming the faction that haunted his father in the 1980s NWA is the ultimate heel move a member of the Rhodes family can make. The seeds were planted earlier this year when Cody took on “The Enforcer” Arn Anderson as his coach. With Arn pushing for Cody to become even better, the natural cockiness of the former Stardust is beginning to creep in again. And when the time comes, Cody will likely betray Arn in favor of his former partner Tully Blanchard.

With an emphasis on old-school wrestling, a wife that gets more screen time than an entire division, and over the top entrances, it’s easy to see why Cody is compared to wrestlers such as Triple H. Ironically enough, Cody Rhodes was born to play a heel. He intends to become the natural successor to his father’s greatest rival, Ric Flair. The fancy suits, the extravagance, the heavy bleeding, Cody is slowly and surely becoming this generation’s Nature Boy. With AEW high on Hangman Adam Page becoming their top babyface, they are gonna need a top heel to lay waste to AEW. And who better than the man who has obsessively fought to be the most important aspect of the company? Cody even said it himself on Dynamite, Dustin inherited all the Dusty.

I am the Hero in this story 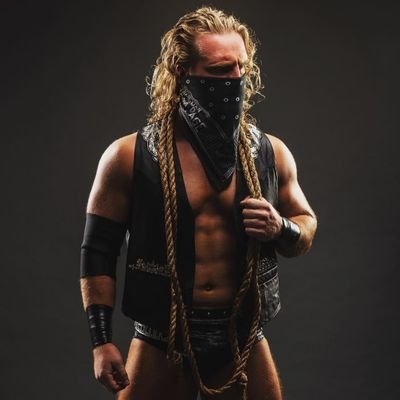 AEW has smartly invested in younger stars who will carry the company forward. They have more than enough babyfaces on the roster to justify Cody’s eventual heel turn. Jon Moxley, AEW’s Kingpin, is the most over person in all of AEW. Hangman Page is well and truly the future face of the company. Jungle Boy and Darby Allin are future world champions that scream merch money from loyal fans. Finally, Orange Cassidy has become AEW’s breakout star. With his win against Jericho at All Out, Orange is cemented as a big-time player in the AEW landscape. With fans begging for him to beat Cody for the TNT title this upcoming Wednesday. AEW has succeeded in making other popular babyfaces for Cody to heel against.

Cody knows how to play a fantastic babyface. However, his place will be as AEW’s number one heel. While AEW boasts some tremendous villains, Cody is the correct choice to become their top villain. Considering Jericho has a highly popular theme song and respect from the fans for his tenure in the business. The former Y2J can no longer operate as AEW’s main bad guy. MJF, while highly entertaining, is still finding his footing in his career. Many fans are beginning to respect and appreciate MJF as a wrestler and will likely lead to a face turn one day. As for Kenny, the Cleaner will eventually arrive in AEW. The question is will he be a heel or a tweener? AEW is keen on telling shades of grey storytelling. No matter how insensitive he may act on Dynamite, Kenny will always have fans who love him due to his incredible in-ring work. The American Nightmare is the one wrestler in AEW who can turn heel and receive universal jeers from the audience. Cody’s feud with Omega propelled him into an IWGP heavyweight title match that solidified the Prince as a legitimate world title contender. His ego and insufferableness made him easy to hate from western fans. Dial it up to eleven in a wrestling company in America, and the stage is set.

Love him or hate him, Cody will take his crown in AEW. The grandson of a plumber is ready to ride with a new Horsemen. The pretentiousness of the Prince of Pro Wrestling will eventually explode onto the scene as the premiere heel on Dynamite. The southern rasslin of Cody is the perfect foil for the indie fire of AEW’s young stars. The character work Cody excelled in during his tenure of ROH will fuel his desire for grandeur. Even though he may be Dusty’s kid, Cody is this generation’s Ric Flair. With expert crowd work, and a relentless drive to succeed, Cody Rhodes will be off to the races soon enough.