Jimmy Lloyd’s D-Generation F is a show dedicated to Lloyd’s generation of talent.  It is made up of all the names who will carry wrestling into the future be that on the indies or on the biggest stage imaginable.  If you aren’t watching this show you’re going to miss out on one of the most interesting shows of the entire Collective. 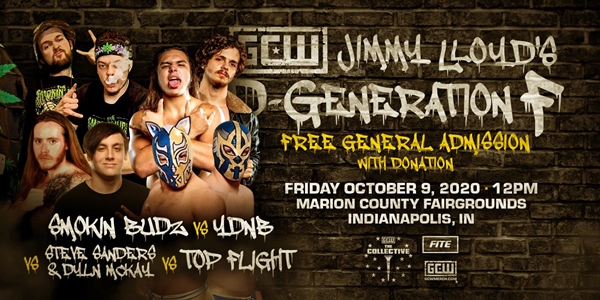 As Jimmy Lloyd stated we kick off The Collective with a “4 way tag team fuckfest”.  And well we have four teams who may not be widely known yet but these teams are guaranteed to carry tag team wrestling in the future.  GCW fans will recognize the Smokin Budz who made a number of appearances for the promotion in 2019.  YDNB (Young Dumb N Broke) are familiar faces to any Combat Zone Wrestling (CZW) fans but have also appeared in GCW, a losing to 44OH!.  Sanders and McKay find themselves booked not only here but as part of The Clusterfuck, and McKay is booked in the Twink Gauntlet.  Top Flight go into this one as the most recognizable team and the team who have experience wrestling outside of North America, the two made their debut for Ireland’s Over The Top Wrestling earlier this year and Air Wolf notably worked for Major League Wrestling (MLW). 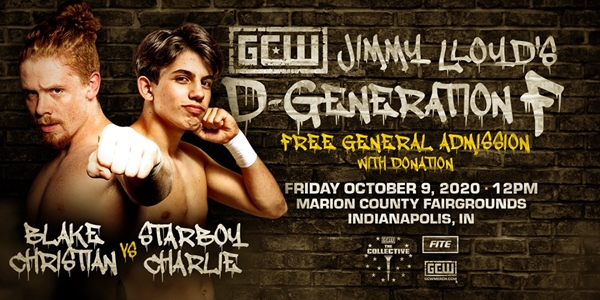 Two future stars of wrestling collide here in a match that is sure to be filled with eye-popping athleticism between two incredible athletes.  There’s not much else to say about this one other than do not blink because you will miss something. 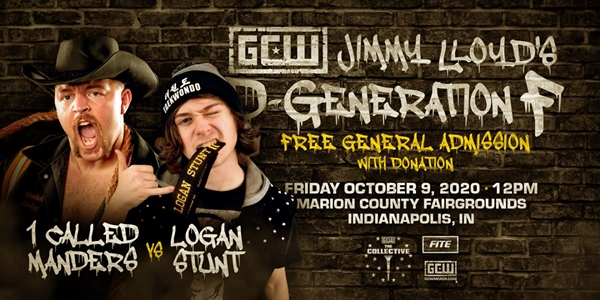 1 Called Manders takes on Logan Stunt, the unsigned sibling of Marko Stunt.  Unlike his brother, Logan would much rather deal with opponents head on and throw hands, his nickname is the Bite-Sized Brawler after all.  Manders will be happy to brawl with Stunt as that is where he excels.  This one should be a change of pace from the rest of the card is these guys won’t be very flashy here, they’ll simply fight. 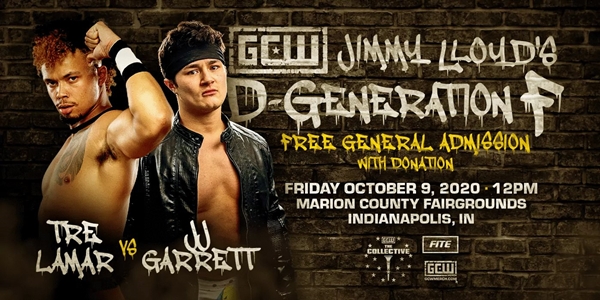 Tre LaMar has been one of the breakouts stars of the indies in 2020 thanks to his performance against Lee Moriarty in their GCW debut match.  He takes on JJ Garrett who has been wrestling for some time but has never made a statement on a big stage.  Garrett did compete on five occasions for GCW last year but only got one singles match, this time he will be looking to finally make a statement as he takes on one of 2020’s hottest names. 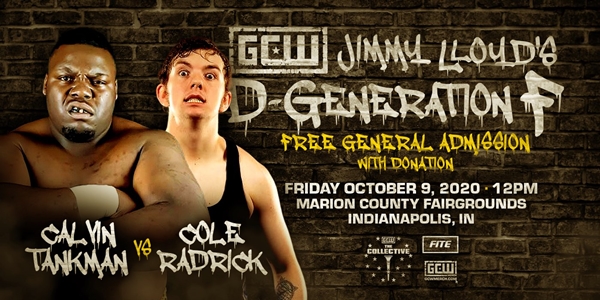 Recent MLW signee Calvin Tankman faces an interesting matchup here against Cole Radrick.  While Tankman will have the physical advantage as well as a big power advantage but Radrick has never been one to turn down a challenge.  Radrick will throw absolutely everything he has at Tankman in search of a win, it is this will to fight that has won Radrick a number of championships.  Tankman is still a very tough mountain to climb though and no matter how hard Radrick fights he may not have enough to deal with a man with Tankman’s talents. 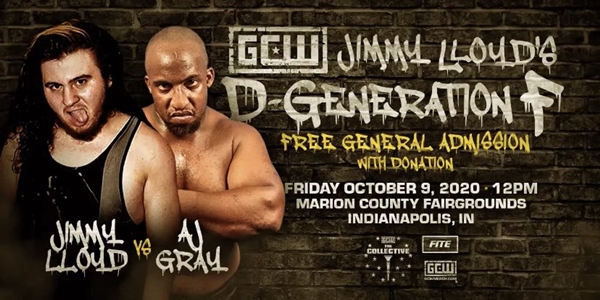 Two GCW regulars will duke it out here.  Originally Lloyd was set to face Benjamin Carter but Carter is no longer taking part in The Collective.  Instead, he will take on AJ Gray who presents a very different problem.  Gray needs no flashiness he simply beats you down, but Lloyd is a deathmatch performer so he knows how to work through the pain. 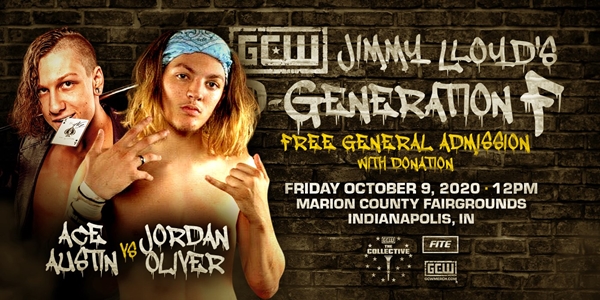 This is a very interesting matchup.  Both men have experience working for big promotions, Austin with IMPACT Wrestling, Oliver with MLW.  More than that both are very similar performers, they’re fast-paced high fliers who can get under your skin like no one else can.  What happens when two performers with bad attitudes and punchable faces wrestle? Well we sit back and watch them tear each other apart.

There is nothing we could say that would sell this match any more than Cogar and Corino already have.  Listen to them speak, hear the vitriol in their words, and get excited to see them go to war.

GCW D-Generation F will take place at Marion County Fairgrounds in Indianapolis, Indiana, on October 9th, 2020. Tickets for the events are on sale now. For those that are unable to attend live, D-Generation F will air live on FITE.tv; further details can be found below. D-Generation F is part of a larger project known as The Collective. Be sure to check out other events during this block and support independent wrestling!

Stay tuned to the Last Word on Pro Wrestling for more on this and other stories from around the world of wrestling, as they develop. You can always count on LWOPW to be on top of the major news in the wrestling world, as well as to provide you with analysis, previews, videos, interviews, and editorials on the wrestling world.  Looking to talk wrestling, pro football, or any number of sports? Head on over to the LWOS Boards to engage in conversation with fellow fans!