We are just days away from Victory Road as it paves the way to Bound For Glory, where we already have an IMPACT World Championship match between Eric Young and Rich Swann to headline the show. Meanwhile, the Knockouts Championship will be on the line, as Kylie Rae confirmed last week; she will take on Deonna Purrazzo for the belt in what is sure to be a memorable encounter. What will this week set up for one of the biggest events in the IMPACT Wrestling calendar?

We have three matches confirmed for this week’s episode of IMPACT Wrestling, as well as Eddie Edwards addressing last week’s backstage attack.

Last week, The Rascalz dropped the challenge on Gallows and Anderson, who were only too happy to accept. We’ve still to see how IMPACT will utilize The Good Brothers. However, it won’t be long before we see them going for the titles. Meanwhile, The Rascalz are still recovering from their last attempt at gold, which resulted in a second consecutive defeat to the Motor City Machine Guns. Will The Good Brothers show why they were big money acquisitions? Or will The Rascalz show they deserve another shot at the champs? 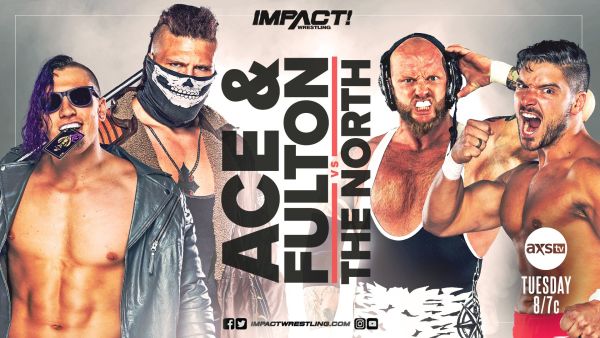 Austin and Fulton claimed, on last week’s show, that they were next in line for a shot at the Tag Team Championship. This was a bold claim in a tag division with the likes of The Good Brothers and The North. It’s bolder still the fact that, in their last two tag team outings, they have lost to both of those teams. The North were keen to set things right and laid out the challenge for this week’s show. It all ties in nicely being on the same night as the other two top teams face off against each other. Might we see a miniature tournament bracket form from this with the winners of tonight’s contests facing off for a shot at MCMG at Bound For Glory? Will Austin and Fulton prove they can hang in such an elite division? Or will The North ger back on track to reclaiming their beloved titles? 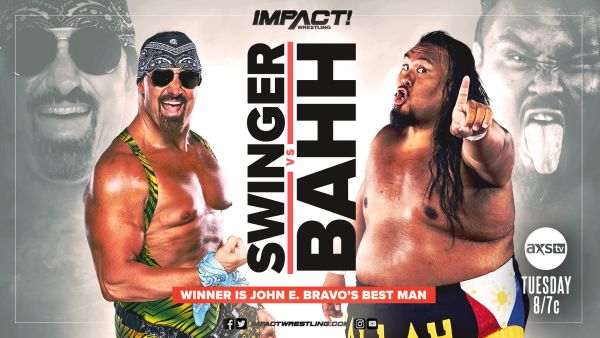 It’s not just AEW that has a best man. Swinger and Bahh return to IMPACT to do battle for the right to stand by Bravo on his wedding day. Swinger has only one singles victory to his name in IMPACT for 2020 so far. The game goes for Bahh, who has primarily been seen alongside tag team partner TJP for the majority of the year. Which man will come out on top in what is sure to be a physical affair? 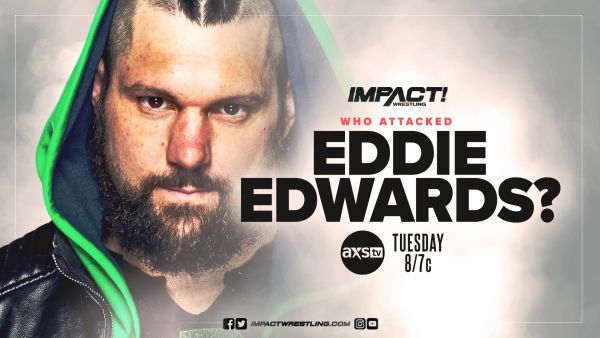 The former IMPACT World Champion will address his mystery attacker from last week. Everyone has wondered who it could be. Edwards will face Eric Young for the title in the only match announced so far for Victory Road, this Saturday on October 3rd. Could it be Young trying to get an early advantage over the challenger? Or could it be someone else wanting to take the title shot for their own?

What else will we see on IMPACT Wrestling?

Will more matches for Bound for Glory and Victory Road be made?

Can Heath get more celebrity endorsements to support him in getting a contract?

Who will be the next contenders for MCMG?

Will Rohit Raju suffer the consequences for his cheap victory last week?

Tune in to find out!