On Tuesday right after the NBA Playoffs there will be a special edition of AEW Dynamite.  We currently have three matches announced for the impromptu event which will showcase the AEW roster and some fringe talents. Let’s get into this preview of Late Night Dynamite 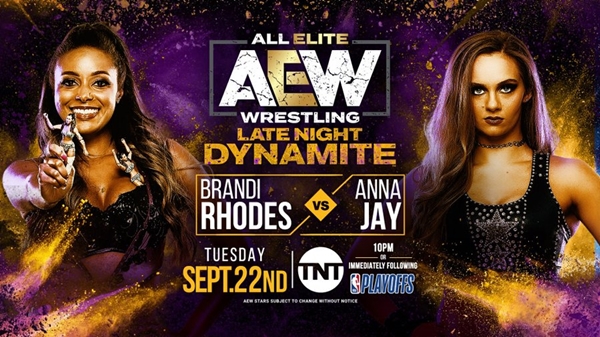 When Brodie Lee beat Cody for the TNT Championship in dominant fashion the Dark Order followed up by taking out every member of the Nightmare Family.  This included Jay choking out Rhodes.  Brandi Rhodes gets her shot at revenge against Anna Jay here. 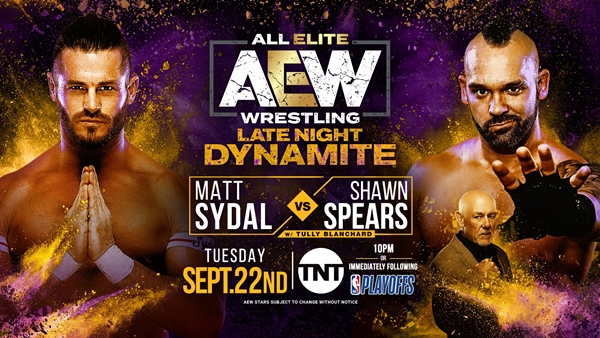 Sydal made his AEW debut recently as the surprise entrant in the Casino Battle Royale.  While he didn’t win the match it was great to see the former WWE, NJPW, and IMPACT man make his way to AEW.  In this match, he takes on Shawn Spears who with the backing of Tully Blanchard has racked up some wins on AEW Dark in part due to the black glove that Blanchard gifted to him.  Sydal will need all of his experience and talent to come away with the win here at Late Night Dynamite. 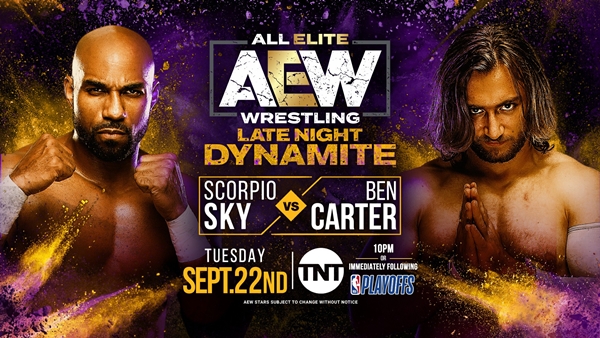 This matchup promises to be the most exciting encounter of the night.  Former tag team champion Scorpio Sky is attempting to make his name in AEW as a singles competitor and has spent the year gaining wins on Dark.  In this match, he will need to win as he faces newcomer Ben Carter.  Carter has been making waves on the indies lately thanks to his high flying style but purists have seen that he is more than just your regular spotty indie guy.  Carter is a very refined performer already but that alone won’t be enough for him to beat Sky who has years of experience under his belt.  This match sees two high-class athletes square off with the pressure s1uarely on Sky’s shoulders to produce a win.