New Wave Pro treated fans to New Beginnings on Saturday, September 12th in Terre Haute, IN. A sold-out live crowd saw the culmination of the last two months’ work come to a head with incredible action, hard-hitting moments, and no less than three championships changing hands. The show is already available on IWTV and is proving to be very popular.

A bruising main event between the defending Justin Kyle and Cole Radrick saw the New Wave Pro Champion retain, but not without seeing the greatest of efforts from the Wildheart. Fighting to the very end, Radrick even took one of Kyle’s deadly Spears off the entrance ramp and through a table. This came after intense in-ring action that regularly spilled to the outside. The build-up to this main event had been intense, with the two men trading bitter barbs in videos on social media. It was a Spear in the center of the ring that finished Radrick off, and Kyle’s ‘Takeover’ appears to have a lot of life left in it yet. 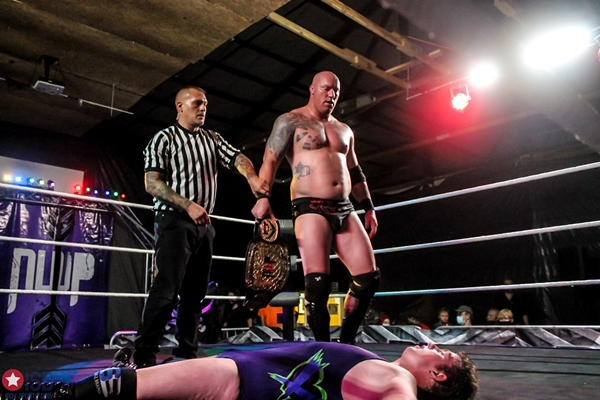 Solomon Tupu further cemented his growing status in the company by capturing the New Wave Pro Crossroads Championship from Percy Davis. The Big Perc Universe just couldn’t muster enough energy to overcome Tupu, who has already seen off the likes of Ben Carter during his rapid rise in New Wave Pro. 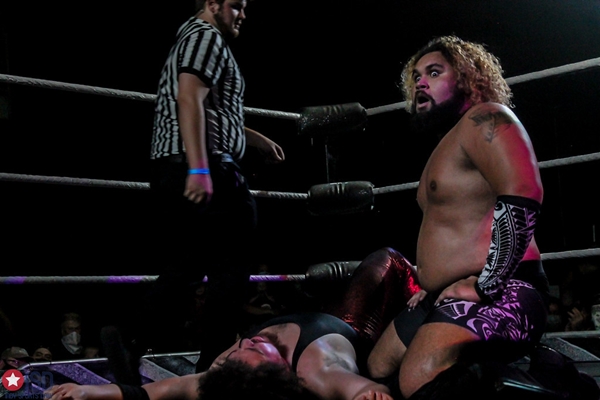 The feud between ‘The Ubermensch’ Nate Matthews and ‘Don’t Die’ Miles Morales allowed itself a fittingly wild send-off as the two scrapped for supremacy in a Two Out of Three Falls Match. Miles scored the first fall courtesy of a trademark Shooting Star Press, before an enraged Ubermensch unloaded for several minutes on Miles. The youngster – who had taunted Matthews and called him “Grandpa Nate” on Twitter in the lead up to New Beginnings – may have taken the joke too far, as Miles was treated like a whippersnapper and left to soak up the count out loss for the second fall. It was Morales, however, who took the third and final count, surprising Matthews with a tight roll up that barely made three. Miles was the victor, but both have a bright and prosperous future in New Wave Pro. 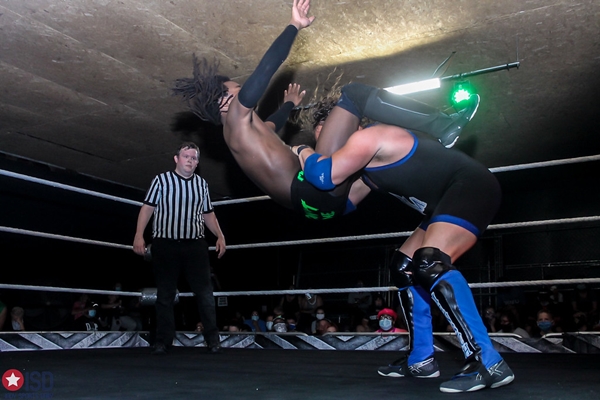 It was a battle of two of Indiana’s wrestling denizens as Sage Philips and Brayden Lee squared off at the New Wave Pro Arena. Sage has promised a new side since a disappointing loss to Tyler Lydol on the August 8th instalment of Higher Ground and the Ring Wizard projected an intensity that was met every step of the way by the man they call Straight Brazy. Sage may have showed just a little too much of this new side after he kept a hold of his opponent’s tights to secure the win. A confrontation between the two backstage as Sage left the Arena was captured by our cameras. 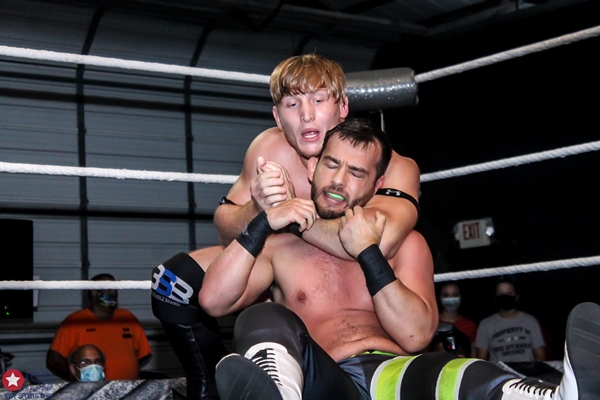 The Original Sins promised they would be at New Beginnings whether their names were on the marquee or not, and they kept up their end of the bargain. Having bought tickets and choosing to sit at ringside, Tyler Lydol and Mean Dick Michaels hopped the rail and announced their intentions to hijack the match; which they duly did. A frantic three-way affair between them, High Society and Knockout Society saw the boys from Sin City take the gold. We also saw the demise of High Society, with Young Money driving his now ex-partner Thomas Benjamin to the floor with a brutal superkick. 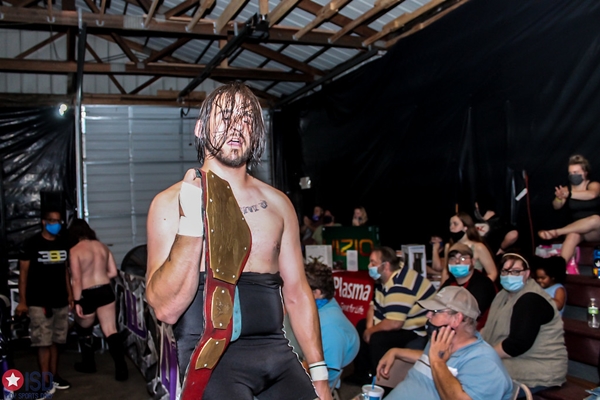 Johnny Echo didn’t have time seek redemption at New Beginnings as he was ambushed during his entrance by former partner and deadly rival, Tanner Keeler. Tanner laid waste to Echo outside the ring with a series of devastating chair shots and being left out to dry on the unforgiving guard rail more times than can be counted. Keeler roll his lifeless opponent into the ring before a very reluctant referee counted the pin, but Tanner will enjoy his pyrrhic victory, no matter what the New Wave Pro crowd thought of his actions. General Manager Earl Joseph prevented more anguish for Johnny Echo, but it is clear that Tanner Keeler is out of control. 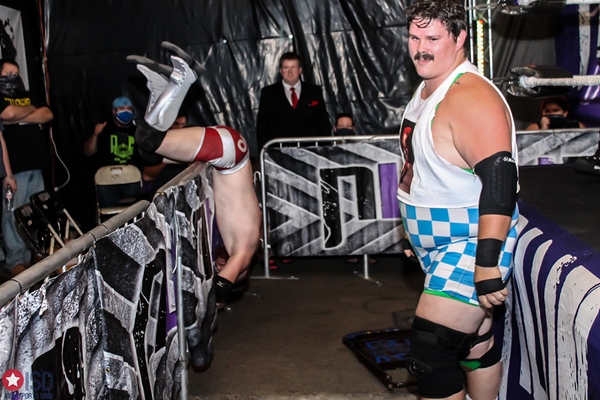 Aaron Atlas was scheduled to Paragon at New Beginnings, but the Vainglorious One decided that he wasn’t being afforded the respect he deserved, and so told Aaron he would catch up with him another time. Undeterred, the Young Titan made his way to the ring and announced an open challenge for his Ultra Rapid Championship. Step up one Shiloh Greaves, who had last been seen at New Wave Pro on the July 26th episode of Higher Ground, where his betrayal had cost Sam Knight the New Wave Pro Championship. Greaves was guilty of his usual tricks at New Beginnings, with a distracted referee, the debuting Aaron Grider, missing Shiloh’s low blow on Atlas that led to the three count. A visibly devastated crowd were stunned into silence as Shiloh milked his victory for everything it was worth. 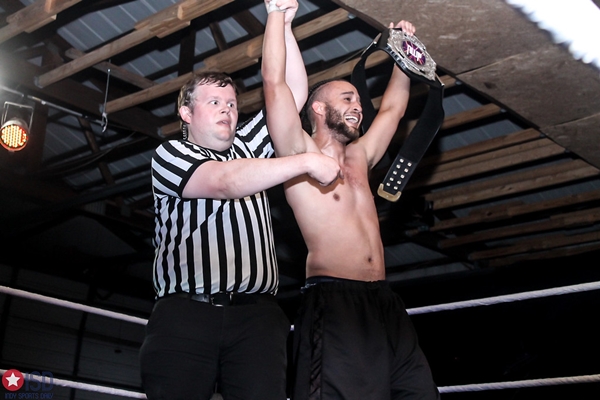 Things got off to an impactful start at New Beginnings. as the returning Chase Holliday defended his Midwest Territory Championship against Colt Storm. The self-proclaimed Beast King was back in Terre Haute for the first time since 2019, and he was in no mood to play games. Storm proved to be a difficult opponent for Chase, but it was Holliday who took it to the next level, administering a win by TKO. 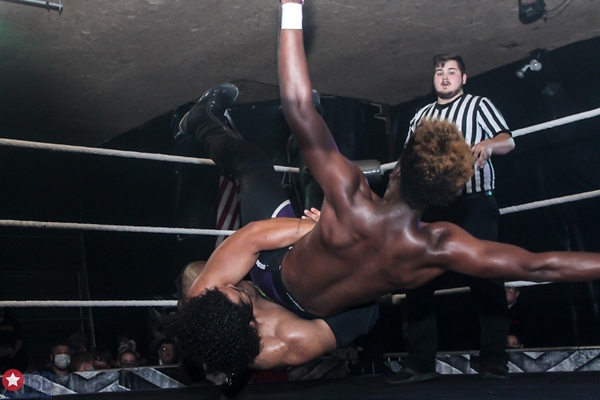 Episode four of New Wave Pro: Higher Ground is being recorded on Saturday, October 3rd. All tickets are $10 and can be brought here

Make sure you get involved with the company that has the Midwest talking!

Stay tuned to the Last Word on Pro Wrestling for more on this and other stories from around the world of wrestling, as they develop. You can always count on LWOPW to be on top of the major news in the wrestling world, as well as to provide you with analysis, previews, videos, interviews, and editorials on the wrestling world. Head on over to the LWOS Boards to engage in conversation with fellow fans!