The month of September for pro wrestling in Japan is one of the best times to get into wrestling around the world. Four tournaments are set for this month. These include Stardom‘s 5* Star Grand Prix, which will be making its return. Another event to keep an eye on will be the Champion Carnival for All Japan Pro Wrestling. This will go for multiple events throughout September until the beginning of October two blocks of action. Let’s begin.

The Rules for the Champion Carnival 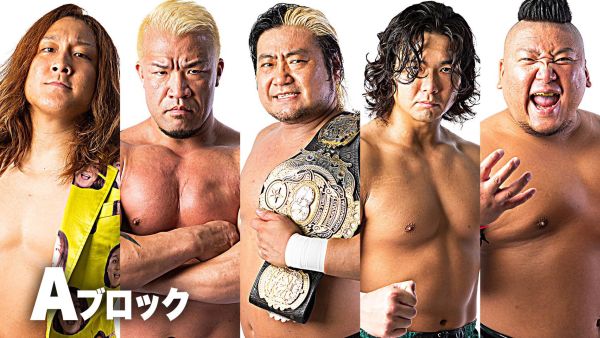 The world champion going into Champion Carnival has a history of walking out the winner of the tournament. In 2019, Kento Miyahara would defeat Jake Lee to win the tournament while being champion. Suwama is the former ace of AJPW and has held the Triple Crown Championship for the past three months. He faced off against wrestlers like Shotaro Ashino, Shuji Ishikawa and even dethroned Kento. In this block of action for Suwama, one of his most interesting bouts will be against Lee.

These men have history in AJPW, with Lee defeating Suwama in the last big encounter. Upsets in the tournaments have led to title shots on occasion. The tournament is unpredictable for Suwama’s matches in particular. Regardless, Suwama is one of the favorites in this tournament. Suwama boasts years of experience in this tournament, having won it once in his career. In recent memory, Suwama hasn’t had luck the Champion Carnival. As triple crown champion, perhaps his luck will be better.

Kuma Arashi is one of the newest wrestlers for AJPW. He made his debut for the company in the very beginning of the pandemic. He sided with Ashino and Yusuke Kodama with the faction Enfant Terribles. Arashi hasn’t had title matches within AJPW. Furthermore, this is his first-ever Champion Carnival tour. Enfant Terribles has been dominating AJPW, winning most of their matches. Arashi’s biggest Champion Carnival match will be against Suwama, especially since the leader Ashino lost his title match against Suwama. While I don’t believe Arashi will win the tournament, I expect an upset victory or two.

Jiro Kuroshio has been part of AJPW since the middle of last year. He has been the occasional tag team partner of AJPW’s current ace, Miyahara. In most of his title matches, Kuroshio hasn’t had the best of luck. He hasn’t held a championship for the company yet. Additionally, this will be his first-ever Champion Carnival as well. For the past few months, Kuroshio has been dealing with Suwama in tag team action, While Kuroshio has struggled to pick up victories, he isn’t an underdog for the tournament. He might even defeat Suwama if this story continues. Otherwise, he doesn’t have the potential to win this tournament.

In recent memory, Zeus has been in tag team action. He’s part of the tag team Purple Haze with Izanagi and recently won the All Asia Tag Championship. Prior to Purple Haze, Zeus was a prominent member of the main event scene. He is a former Triple Crown Champion in his own right. Zeus has been a mainstay of the promotion. He also participated in the Champion Carnival tournament over the years. Zeus has challenged Lee and Suwama before. This year, he has brand new opponents in Arashi and Kuroshio. He has shown ambition to become Triple Crown Champion again, though he has come up short. Nonetheless, he may be one of the favorites to win this year’s Champion Carnival.

Alongside Suwama, Jake Lee is one of the major favorites in this tournament. Recently, Lee has participated in every singles tournament in AJPW. He even competed in the tag tournament in 2019, making it to the finals. Lee was also in the finals of the 2019’s Champion Carnival, showing potential as the future ace of AJPW. Lee has fresh opponents in Arashi and Kuroshio. The major story, however, is the connection between Lee and Suwama. Their match may be the biggest of the entire block. In their previous encounter, Lee caused Suwama’s first upset victory in 2019’s Royal Road. Lee went on to win the tournament. With his history of being in the finals of many different tournaments, it could make Lee the possible winner of A Block for the Champion Carnival, proving that he’s the next ace of AJPW. 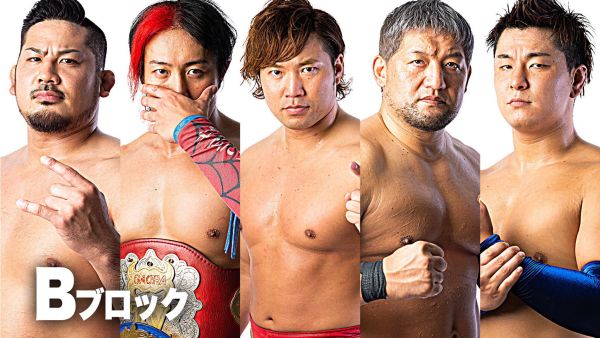 Yuma Aoyagi has been part of the faction Nextream with Miyahara since his debut for the promotion. Aoyagi broke out of faction, taking up an entirely new personality and gear. He even challenged Miyahara earlier this year for the Triple Crown Championship. This is also Aoyagi’s second time in the Champion Carnival. He will enter the tournament as one of its underdogs. For the past few months, Aoyagi has faced off against the younger talent within AJPW. He hasn’t had a high profile singles match since his bout against Ashino. Yuma and Ashino’s second match has the potential to be interesting, while his biggest match will be against the favorite of the block, Miyahara. While Aoyagi doesn’t have the most potential to win this tournament, the latter match may be very interesting in terms of pure story.

Yoshitatsu has been part of AJPW since 2017, revitalizing the midcard scene for the company with the All Asia and GAORA TV Championships. He has been in multiple mini singles matches against random competitors for these titles since defeating Tajiri for the GAORA belt. In terms of action, Yoshitatsu has won many of his matches as of late. Many don’t expect him to have a major impact in this year’s Champion Carnival. One may consider him an underdog going into the tournament. Yoshitatsu hasn’t been a Triple Crown Champion but is famous in singles matches where he causes major upsets. Yoshitatsu’s biggest match will be against Miyahara. Yoshitatsu might be one to defeat the ace of AJPW.

Shuji Ishikawa is one of the favorites in this year’s Champion Carnival. He won the tournament back in 2016 and even went on to become Triple Crown Champion. However, Ishikawa hasn’t had great singles luck. However, for the past few years, he has been part of the tag team Violent Giants. He became a multi-time AJPW World Tag Team Champion with Suwama. His biggest match in this year’s tournament is either against Miyahara or Ashino. Ishikawa may be the last person to challenge for the Triple Crown Championship. With that said, he could become a two-time winner of the Champion Carnival.

Shotaro Ashino made his AJPW debut in the very beginning of the pandemic era with Enfant Terribles. Ashino has become a major favorite in this tournament, considering how successful he’s been in the past. One of the men who was considered by many as the former ace of Wrestle-1, Ashino has been dominating for months, with his last big loss being in his Triple Crown Championship match. While this is his first Champion Carnival, Shotaro Ashino has the freshest matches in this tournament, including a bout with Miyahara. Ashino and Miyahara have never wrestled each other, making this a dream match of shorts. It may even be a Match of the Year candidate. With Enfant Terribles still prominent, will Ashino continue to dominate the main event scene? It’s unknown, but look out for his matches.

Kento Miyahara is the current Ace of AJPW. He is also the main favorite for this year’s Champion Carnival, as he has won this tournament previously. He was also the Triple Crown Champion for over 1,000 days in separate reigns. Miyahara won the trophy in 2019 as champion. Miyahara defeated everyone in this year’s tournament except Ashino. Miyahara’s matches will be ones to watch. If he loses, it would be considered an upset for his opponent. Many predict Miyahara to win Block B. With his history as the ace of AJPW, Miyahara might win this tournament and look to regain his Triple Crown Championship. There is a lack of freshness for his matches in this tournament, but that doesn’t mean the action won’t be entertaining. Miyahara’s biggest match will be against Ashino on night 5. Miyahara’s matches will make this year’s Champion Carnival all the more exciting.

Champion Carnival has the potential to be one of the easiest tournaments to watch with 4 matches per show across six events. This year’s tournament is smaller compared to the year prior, too. Block A has tons of potential to stand out given its unpredictability. Meanwhile, Block B has Miyahara as the main favorite. In terms of matches to look out for, Lee vs. Suwama and Miyahara vs. Ashino might be the finals for their respective blocks. Keep an eye on Zeus or even Ishikawa as finalists, though. Champion Carnival should be a very interesting tournament.

Stay tuned to Last Word on Pro Wrestling for more on this and other stories from around the world of wrestling, as they develop. You can always count on LWOPW to be on top of the major news in the wrestling world, as well as to provide you with analysis, previews, videos, interviews, and editorials on the wrestling world. Make sure to watch the Champion Carnival on AJPW TV.