For the second time since COVID-19 lockdown began easing in South Australia Riot City Wrestling returns to the ring this Saturday. Headlined by Riot City Wrestling Championship match that has been long in the making this weekend’s event is set to be yet another banger. Let’s get into the preview for RCW #215 Rocky vs Jett 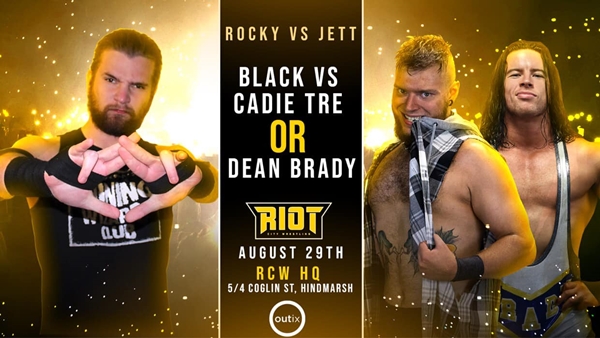 For some time now Brandon Black has been niggling away at the alliance between Cadie Tre and Dean Brady. A tactic which has come to a head recently with the two men now appearing to be divided.

However, in driving this wedge between Tre and Brady Black may have inadvertently made his own life more difficult. Now rather than having his rivals attack him from a United front they are coming at his from all angles and he will have to face one of them this Saturday, but he doesn’t know who!

On Saturday Black will enter the ring and simply wait to see who makes their way down to meet him head-on.

The #RCW Tag Team Championships are on the line THIS SATURDAY night at #RCW215 when World Class Egos defend against The Parea! Can @WorldClassCbass & @HayterEgo turn the back the challenge of a gold hungry @elitheseus & @GabrielAeros on August 29th?!

*This event is SOLD-OUT* pic.twitter.com/OIDer6UC65

The two top teams in RCW are set to go head to head on Saturday when World Class Egos put their titles on the line against The Parea.

Last month these two teams crossed paths in six-man action, so are no strangers to each other.

It has been 14 months since The Parea last held the RCW Tag Team Titles, so you just know they’re hungry to reclaim that gold. Conversely, World Class Egos have held the title for over 200 days, having captured the titles from Gods And Monsters (Brodie Marshall & Grimm) on Feb 8, 2020. 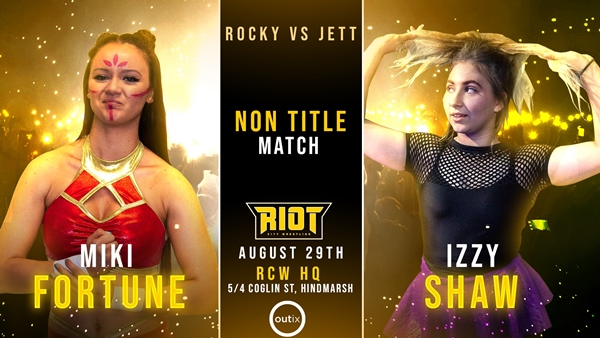 Riot City Wrestling has one of the most underrated women’s divisions in all of Australia, and this weekend two of their most promising young stars take center stage.

Current RCW Women’s Champion Miki Fortune has recently been successfully battling against male competitor Tony Toro, who stole her championship. On Saturday she return to women’s action after reclaiming ownership of her title when she battles youngster, Izzy Shaw in a non-title contest.

Both of these ladies are performers the world should be keeping their eye on, but there have also been rumors of another top Aussie female floating around Adelaide. Sydney’s Steph De Lander has been spotted around Adelaide this week, so perhaps Fortune and Shaw will need to keep their heads on a swivel and beware a strike from the ‘Python Powerhouse’. 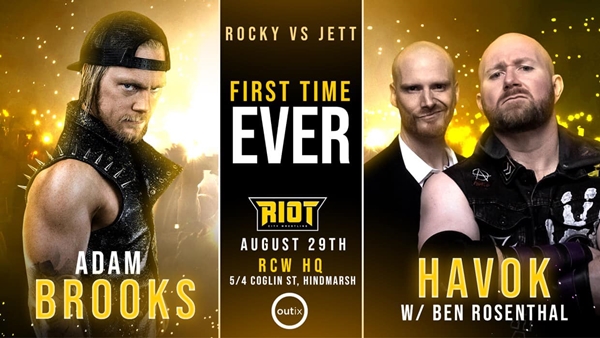 In a first time ever encounter Adam Brooks and HAVOK will battle it out.

These two men are veterans of the Australian scene and at the top of their game right now. Expect an epic encounter to remember this weekend.

After two big victories over the reigning RCW Champion Jett Armstrong has finally been rewarded with a chit at Rocky Menero’s title.

The reigning champion has ruled over RCW for 400+ days, and has done everything in his power to duck Armstrong but now the excuses have run out.

On Saturday expect Armstrong to bring the heat and leave absolutely everything inside the squared circle because this match has been hard earned.

Riot City Wrestling shows can be found on their YouTube channel