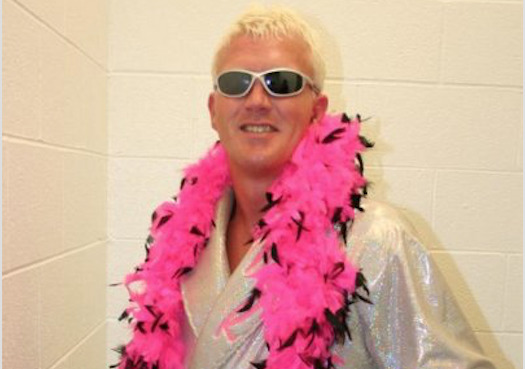 The Midwest lost a 30-year indie veteran of the industry on Wednesday when “Marvelous” Mitch Ryder passed away. His death was announced by longtime friend Ian Rotten (John Williams) on his Facebook page. Ryder was just 48 years old.

Hailing from New Albany, Indiana, Mitch Ryder got his start in 1990, originally working under the name of Mitch Bell. After working various regional indies, he began working with WCW in 1992 for a year, where he worked enhancement against the likes of Cactus Jack (Mick Foley) and “Ravishing” Rick Rude. In 1997, he joined the fledgling IWA Mid South, where he remained a fixture for the remainder of his career.

In 2008, he became United States Wrestling Organization (USWO) Heavyweight Champion in Nashville, a title he would win a second time the following year. In 2009, he would capture his final title, the Cleveland All-Pro Wrestling (CAPW) Championship.

Over the years, he became a mentor and trainer to many current indie stars, helping bring up new stars from IWA Mid South and CHIKARA, such as Chris Hero, Drew Gulak, Mance Warner, and more.

Last Word on Pro Wrestling sends our deepest condolences to Mitch Ryder’s family, as well as Mitch’s friends, peers, and colleagues in the pro wrestling and acting community. Stay tuned to the Last Word on Pro Wrestling for more on this and other stories from around the world of wrestling, as they develop. You can always count on LWOPW to be on top of the major news in the wrestling world, as well as to provide you with analysis, previews, videos, interviews, and editorials on the wrestling world.

Mitch Ryder was one of a kind. I spent a few short years around him & have a lifetime of stories. He was always good to me and an absolute PLEASURE to watch in his element.

You know how Falcon Arrow = HE DID THE DEAL… That came from Mitch. Rest In Peace, friend 💜💕

This really sucks Mitch Ryder was one of the people that taught me so much his promos backstage at IWA midsouth old school calling it on the fly I’ll never forget him telling me if ya late get some oil on ya hands tell em your truck broke down better late then not showing up https://t.co/GZtxTmukyv

RIP to "Marvelous" Mitch Ryder. Anytime I get to share a ring with @LuchadorLD I do a little tribute to Mitch. He used to take the time to run seminars with all of the CHIKARA talent before the shows because he wanted to help everyone get better.https://t.co/GS81cQw0rw

Mitch Ryder was a rare breed that could work an old school style but still thrive while working with a younger generation in front of a contemporary crowd. His passion was evident and he was a pleasure to watch.

RIP #MitchRyder Class act, stood up for the boys, took care of me in the ring, gave me my first real outside booking, and will be missed. pic.twitter.com/SHRM2NPN9B

Mitch Ryder was as old school as they came, but he didn't live in the past. He never stopped us from building big things, but he always made sure we did it on a solid foundation. I was lucky to learn from him. #RIPMitchRyder

Mitch was the first Vet to rip me apart and build me up at the same time. Not afraid to tell you what sucked. Humbled to explain to you why and how to improve on it. He made me a better wrestler.
He’d also put ketchup on the dashboard. “Don’t worry, I’ll clean it up”#MitchRyder

Mitch Ryder taught me that if you just squeeze ketchup packets on the dashboard of your car, it's easier to eat french fries on long trips. I do hope that you're in a better place. I will miss you brother!