The eyes of the WWE Universe are set firmly on Summerslam and this edition of Monday Night RAW will go a long way toward providing us a picture of what the title picture will be for the show.  Not only do we have a number one contenders match but the RAW Women’s Championship is also on the line as Asuka and Sasha Banks clash in a rematch from The Horror Show At Extreme Rules. 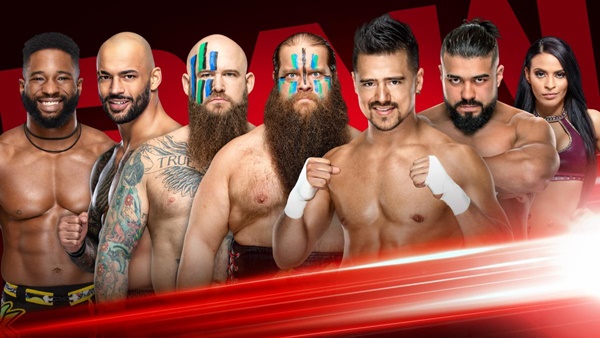 RAW’s tag team division has got a whole lot more crowded in recent times with Andrade and Garza emerging as title contenders. Ricochet and Alexander have had their attention on MVP and his new crew so their eyes have not yet turned to tag team gold but they won’t say no to a title shot if they come away with the win here.  Viking Raiders will want to get back into the title picture to re-gain their championships and finally beat the Street Profits but they’ll have to go through two other teams to get there.

Randy Orton Announces His Next Victim On Monday Night RAW

Last week Orton put the big show away in their unsanctioned match and added another name to his list of legend’s that he has killed.  Where Orton turns his gaze next is unknown as he may finally want that WWE Championship, or maybe there are more legends in his sights.

Drew McIntyre Chooses The Stipulation For His Match With Dolph Ziggler 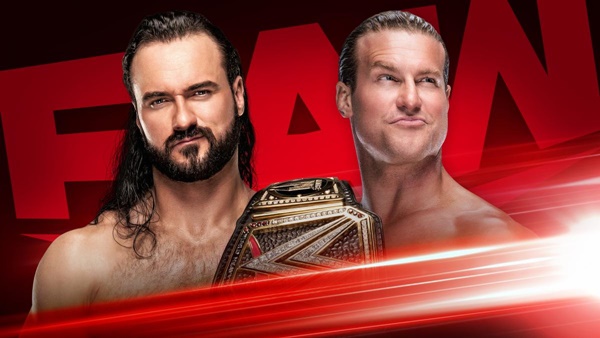 At Extreme Rules, Ziggler stacked the deck against McIntyre by choosing an incredibly one sided stipulation.  He couldn’t get the job done and now McIntyre gets his shot at vengeance as he picks the stipulation for their non-title rematch.  This is the chance for McIntyre to dish out some satisfying revenge.

Sasha Banks may be in possession of the championship but she never truly won the title from Asuka.  That is why they meet in a rematch of their critically acclaimed bout from Extreme Rules.  Banks and Bayley have taken to cheating as often as possible but this time around if there is any interference from Bayley then Banks automatically loses, the same goes for Asuka as she will lose the title if she is disqualified, counted out, or has some outside help.

– Ali has returned and become a thorn in MVP’s side.  MVP likely won’t be too happy

– Will there be follow up on Kairi Sane defeating Bayley?

– R-Truth will want his 24/7 Championship back

Stay tuned to the Last Word on Pro Wrestling for more on this and other stories from around the world of wrestling, as they develop. You can always count on LWOPW to be on top of the major news in the wrestling world, as well as to provide you with analysis, previews, videos, interviews, and editorials on the wrestling world. WWE fan? You can check out an almost unlimited array of WWE content including previous episodes of Monday Night Raw on the WWE Network