All Elite Wrestling‘s flagship show returns this week.  After two weeks of Fyter Fest and last week’s Fight for the Fallen, AEW Dynamite returns things to basics.  A promising show is in store, which might just kick off some new rivalries.  What’s in store? Let’s find out! 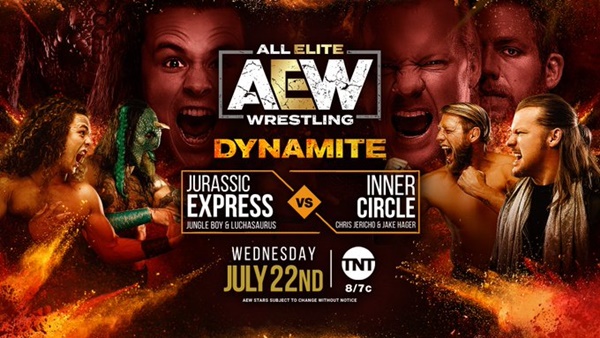 The Jurassic Express (Jungle Boy and Luchasaurus) had a successful Fyter Fest, overcoming formidable opponents in MJF and Wardlow.  This week they square off against the Inner Circle‘s Chris Jericho and Jake Hager.  Chris Jericho finally overcame Orange Cassidy at Fyter Fest, with that feud now in his rear-view mirror.  With Sammy Guevara still suspended, Le Sex Gods will have to continue with Hager in his place.  This should be a fun match which could go either way. 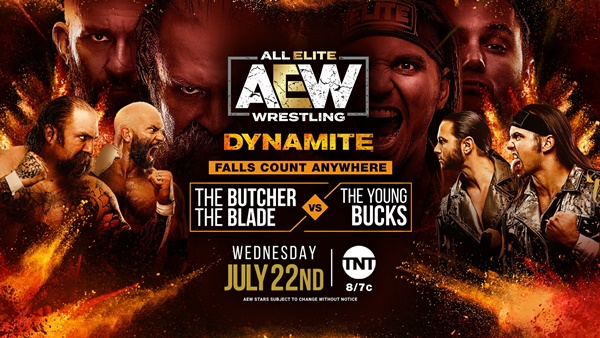 Next up is The Butcher & The Blade, who come face-to-face with The Young Bucks (Matt and Nick Jackson).  Butcher & Blade teamed up with the Lucha Bros. (Pentagon Jr. and Rey Fenix) at Fyter Fest, a team which overcame the Young Bucks and FTR (Cash Wheeler and Dax Harwood).  This time, Butcher and Blade face the Young Bucks in a traditional two-on-two match.  To make things interesting, it’s also a Falls Count Anywhere match.  You can probably bet on the Bucks to win, but anything is possible. 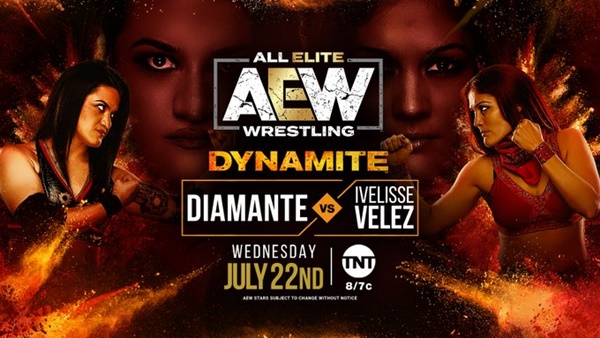 This week sees Ivelisse Velez make her solo debut match within AEW.  She has worked a match for AEW previously, however; a losing effort in last year’s Casino Battle Royale (won by Nyla Rose) at AEW All Out.  Her debut sees her square off against Diamante, who is looking for her first win in AEW after three previous losses.  Ivelisse and Diamante are two welcomed additions to a division which often feels rather small.  Will Diamante manage to cause an upset against a more established star in Ivelisse? Find out this Wednesday. 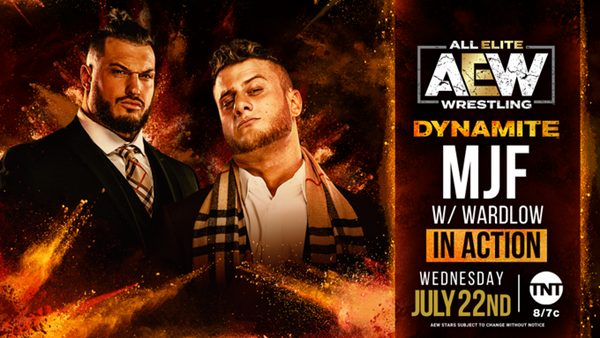 MJF will be returning to action on AEW Dynamite this week.  This, of course, means Wardlow will be in his corner.  MJF is going to be unhappy following his and Wardlow’s loss to Jurassic Express at Fyter Fest and therefore it is hard to feel positive about his mystery opponent’s chances.  Who stands in the way of MJF’s return to form? As always, find out this Wednesday. 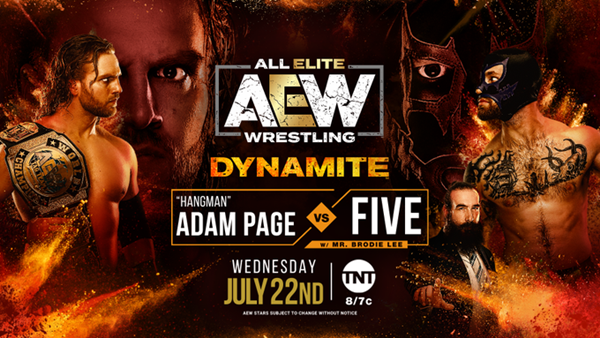 “Hangman” Adam Page will be facing off with The Dark Order‘s Five.  The “Exalted One”, Mr. Brodie Lee, has been guiding Five to greatness within the Dark Order.  Can that direction translate to some wins? Adam Page is obviously a far more established competitor and a current AEW Tag Team champion.  Can Five really pull off a win against Page? It is unlikely.  Mr. Brodie will also be in Five’s corner, for what will likely be more than just moral support.  Will Page be able to rely on partner Kenny Omega? This could be interesting.

Cody (with Arn Anderson) will be continuing with his TNT Open Challenge this week.  Last week saw him overcome Sonny Kiss in what was a star-making bout for Kiss; finally displaying his in-ring ability to any doubters.  Who will Cody face this week? Guess we’ll find out on AEW Dynamite, this Wednesday, July 22nd on TNT, 8/7c.