IMPACT Wrestling comes to you this Tuesday on AXS-TV but this week it’s airing an hour later due to previous programming, with a 9pm EST time. The Road to Slammiversary is winding down, with only two weeks until IMPACT’s biggest event of the summer, and wrestlers are jockeying for a position to take advantage of the fall out that Slammiversary will unleash. Here’s a run-down of what to look for on Tuesday night’s episode of IMPACT! Wrestling. 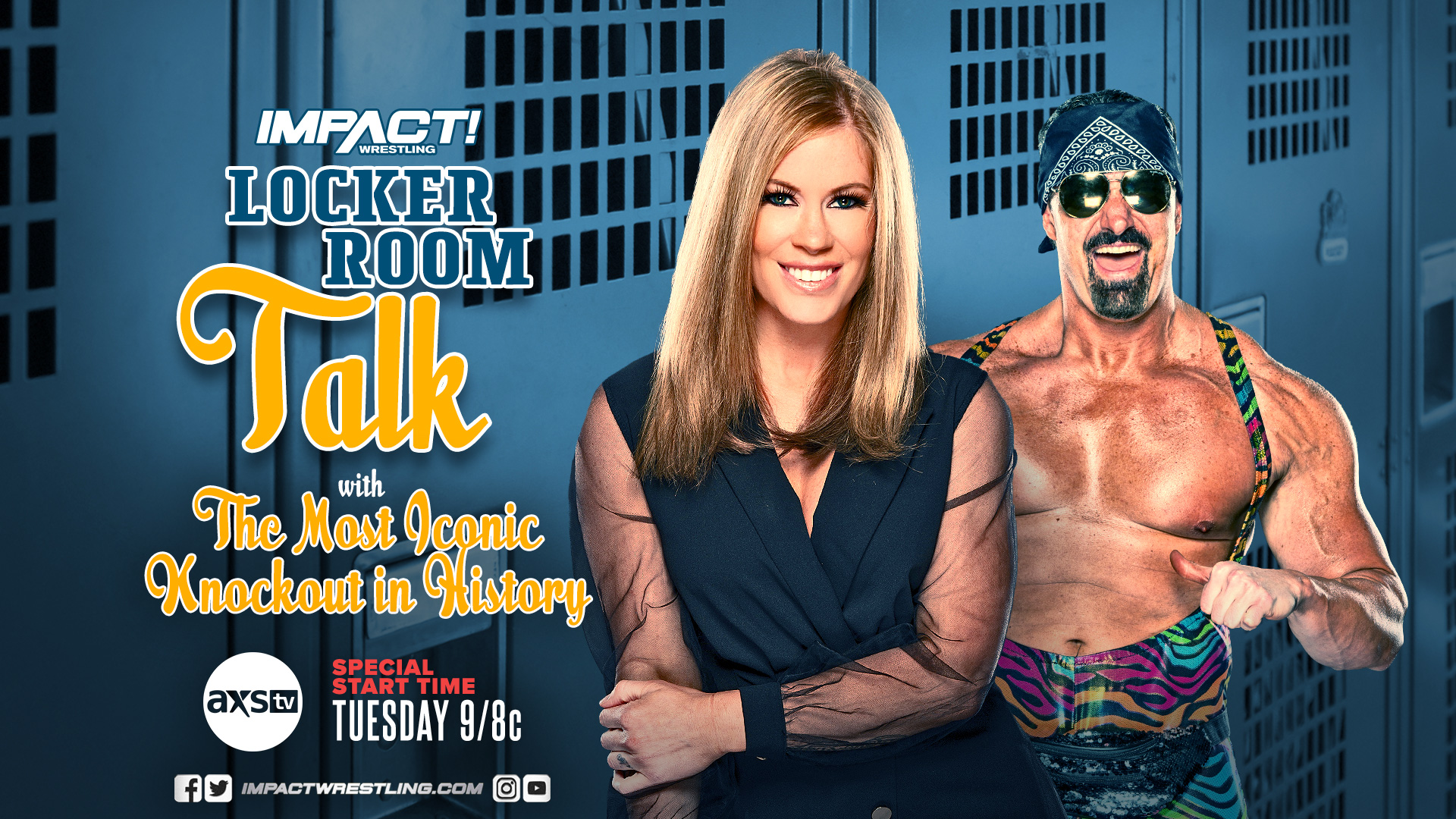 Neither Madison Rayne nor IMPACT Wrestling has divulged this week’s special guest except that she’s “the most iconic Knockout in history.” While many are speculating that former 7x Knockouts Champion Gail Kim could be arriving to talk shop, don’t be surprised if Madison Rayne declares it to be herself. 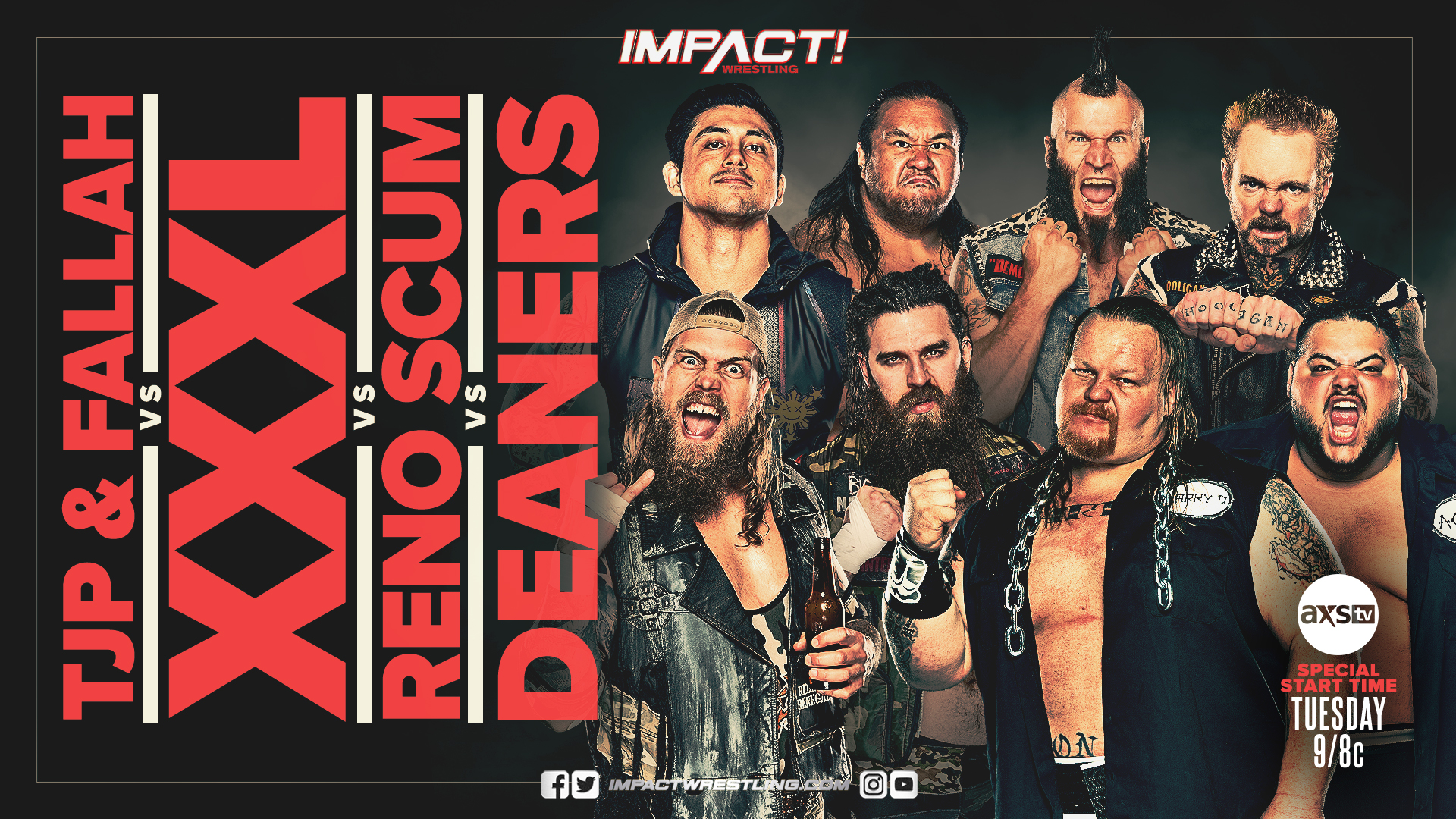 The North has now hit one year as the IMPACT World Tag Team Champions and at Slammiversary they’re defending against the adhoc union of rivals Ken Shamrock and Sami Callihan. Until then, the rest of the tag team division is fighting to keep their momentum up should they get called on for the next title opportunity, and on Tuesday, four of the teams will go to war in a four-way that sees TJP & Fallah Bah, Reno Scum, The Deaners, and XXXL all fight for another “W” on their resume. 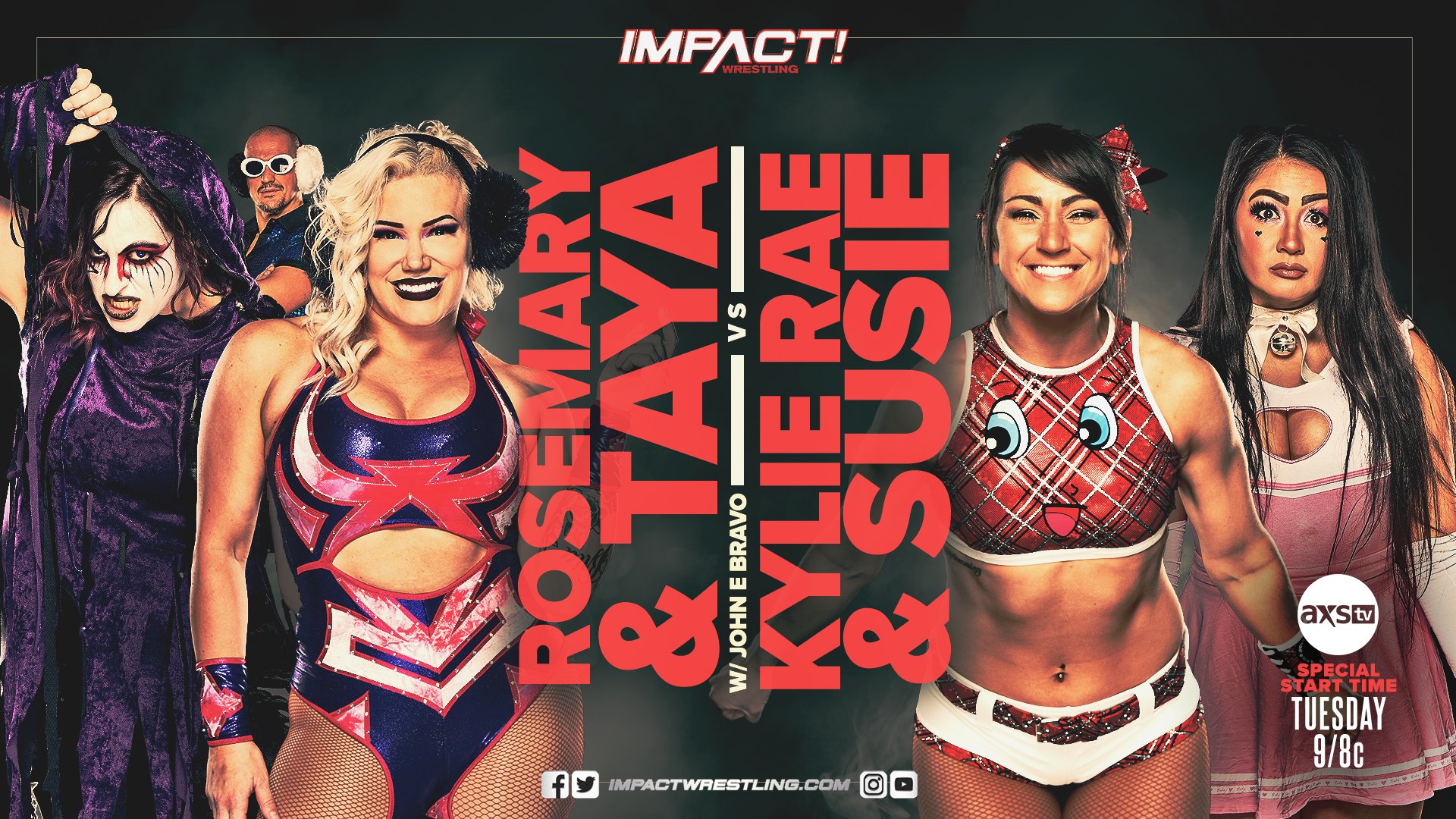 The pairing of Taya Valkyrie and Rosemary has been an odd one over the past few months, but what’s been even more bizarre has been the seduction of John E. Bravo from Rosemary. While “The Demon Assassin” appears to be in league with Wera Loca, Rosemary seems intent on bending Bravo to the Shadow Realm, away from the glitz and glamour that being Valkyrie’s Boy Friday brings. The two will unite to face Kylie Rae and Susie on Tuesday, as the Innocent Twins try to take down the darkness, but with Susie entering the ring against Rosemary, will Susie’s alter ego – “The Undead Bride” Su Yung – finally re-emerge if Susie is pushed to the edge by Su Yung’s longtime nemesis? 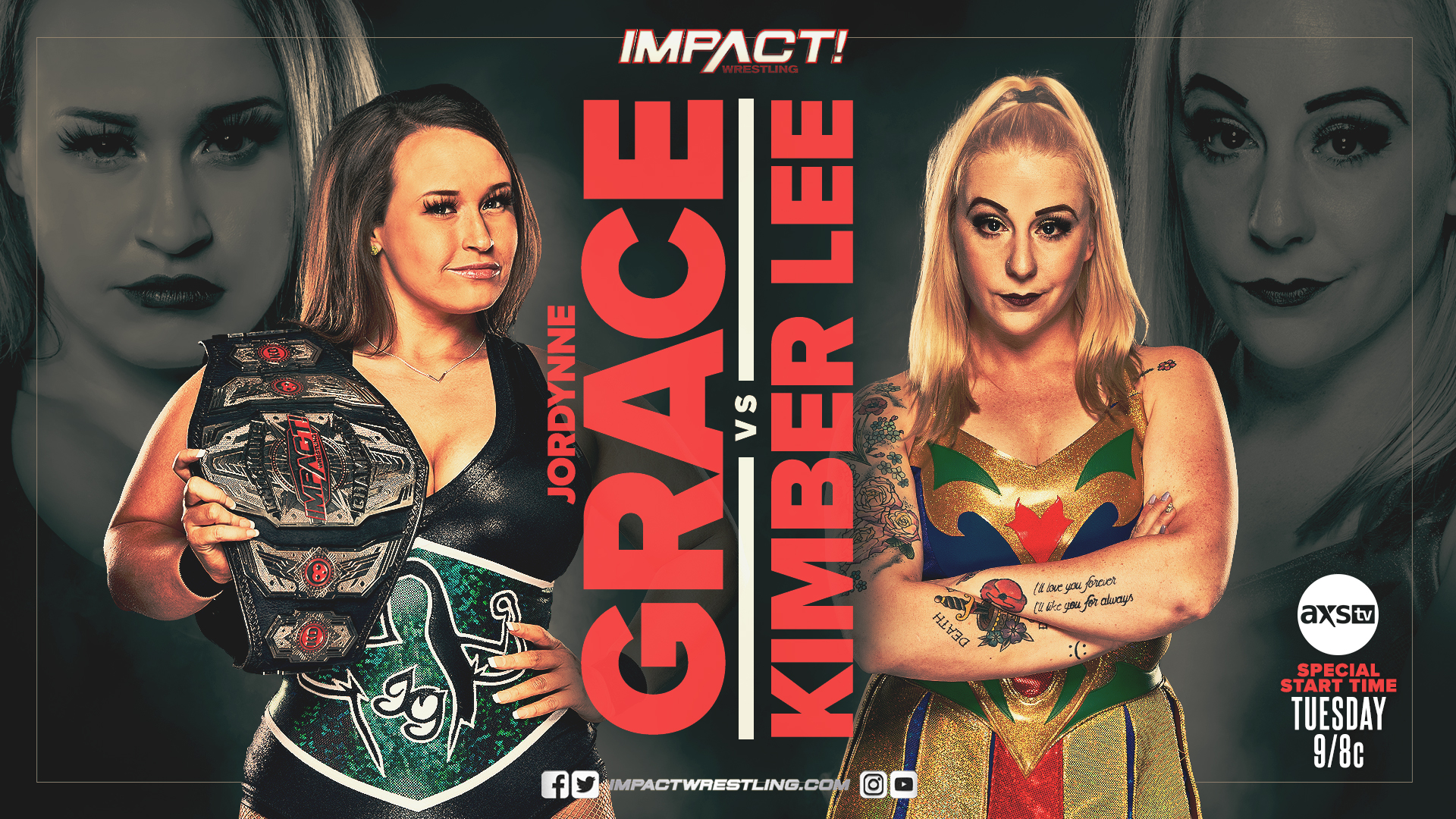 IMPACT Knockouts Champion Jordynne Grace has a big title defense at Slammiversary against the newest Knockout, Deonna Purrazzo, but on Tuesday she’s in a non-title match-up to warm up for “The Virtuosa”. But if Grace isn’t careful, she could get upset on Tuesday, as she’s facing a former indie rival in SHIMMER Champion Kimber Lee. Grace and Kimber have met three times before in singles action on the US indies, at Atomic Championship Wrestling (ACW) in Pennsylvania in 2016, in Beyond Wrestling in 2018, and just this past February at BriiCombination Wrestling in New York City, and all three times Kimber Lee has seen her hand raised victoriously. To be in top game shape for Purrazzo, Jordynne Grace is going to have to prove she can beat someone that so far she’s been unable to in past competitions.

Sami Callihan and Ken Shamrock have put aside their current rivalry to tackle a bigger threat to them in IMPACT Wrestling, that being the reigning IMPACT World Tag Team Champions The North. On Tuesday, Sami Callihan will be going one-on-one against “The Walking Weapon” Josh Alexander of The North, and Ethan Page will undoubtedly be at ringside in Alexander’s corner. Will Shamrock be there for Callihan?