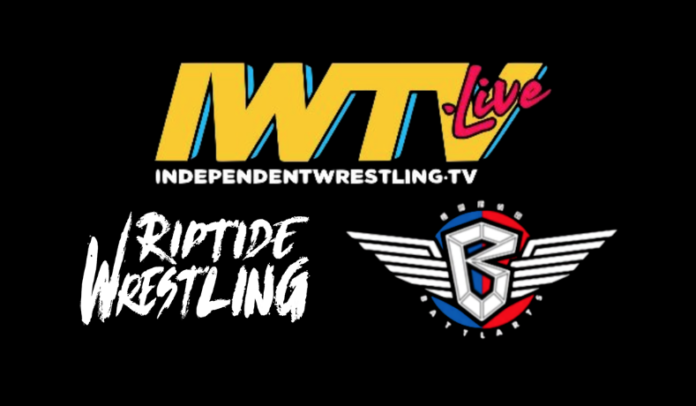 IndependentWrestling.tv (IWTV) continues to add more and more international indies to its already impressive catalog of past and present promotions, announcing this week two more additions to the online streaming service. Brighton, England’s Riptide Wrestling and former Japanese shoot-style promotion BATTLARTS have both been added to the growing roster of IWTV, with events already starting to get uploaded.

Riptide Wrestling, based out of Brighton in East Sussex, England, was founded in 2017 by Josh Bevan and began running events with Beers. Bands. Wrestling on June 17, 2017. Riptide Wrestling has hosted many of the top stars from the UK indie scene who went on to international stardom like Will Ospreay, CCK (Chris Brookes & Kid Lykos), Marty Scurll, Jimmy Havoc, and more, as well as seen the rise of stars like Chuck Mambo, Cassius, Chakara, Gisele Shaw, and much more. Spike Trivet is the current reigning Riptide Brighton Champion, while Cassius is the Pride of Brighton Champion.

Fighting Investigation Team Battlarts (or simply BATTLARTS) was a hard-hitting shoot-style promotion founded by former Pro Wrestling Fujiwara Gumi & NJPW star Yuki Ishikawa in 1996. The promotion ran until 2011 before shutting down but saw many stars go through the company during its tenure, including WWE Raw Women’s Champion Asuka (as Kana), Hideki Suzuki, Super Deflin, Great Sasuke, TAKA Michinoku, Daisuke Sekimoto, and more. Ishikawa has since relocated to Canada, where he’s the head trainer at the Battle Arts Academy in Mississauga, Ontario (near Toronto), the wrestling school owned by former WWE Superstar Santino Marella.