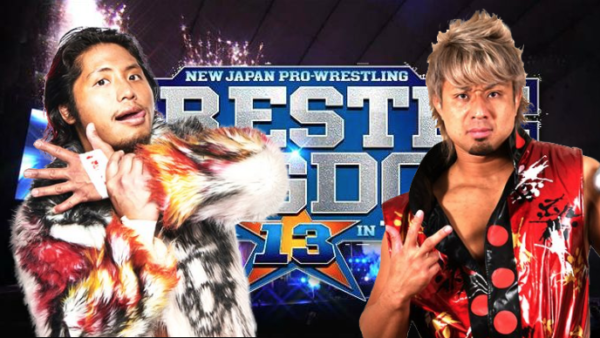 As New Japan Pro Wrestling gets set for its biggest show of the year, Wrestle Kingdom 13, on Friday, January 4, 2019, all the stars of NJPW will assemble for a massive global showcase of its stories and wrestlers. But there will be two men who will not be taking their place on the grandest show in Japan next week, due to injuries sustained earlier this year. Former 2x IWGP Junior Heavyweight Champion Hiromu Takahashi and CHAOS soldier YOSHI-HASHI.

The charismatic Hiromu Takahashi was at his career peak. His mascot, the cat named Daryl, was becoming as popular as the wrestler himself, and as the Junior Heavyweight representative for the ultra-hip Los Ingobrernables de Japon and their tranquilo leader, Tetsuya Naito, Takahashi was ascending to superstardom. He was a 2x (and reigning) IWGP Junior Heavyweight Champion and winner of the of the 2018 NJPW Best of the Super Juniors.

But then in July, at one of New Japan’s US expansion shows, at G1 Special in San Francisco, Takahashi suffered a potentially career-threatening injury in a title defense against CMLL superstar Dragon Lee. Following a botched Phoenix Plex that left Hiromu with a broken neck, he was taken to a nearby hospital. Shortly after, NJPW announced they were stripping Takahashi of his injury was more serious than expected. As of early December, it was still unsure if he’d be able to ever return to the ring, but he seems to be on the road to recovery to a normal life.

While Titus O’Neil had a Greatest Royal Rumble moment this past summer with a baseball slide under the ring that’s still joked about, a New Japan star had a similar incident with more serious implications. This past September at NJPW Destruction in Kobe, during Jay White‘s infamous attack on former CHAOS partner Kazuchika Okada, CHAOS member YOSHI-HASHI ran down to aid his outnumbered leader. But YOSHI-HASHI also tripped and fell towards the ring – but while Titus slide under the ring safely, YOSHI-HASHI was not so lucky. He slammed his shoulder and head into the apron, emerging moments later bleeding from the head and continued to do his run-in. But it was apparent he was dazed and probably concussed and his actions were simply the result of wrestler’s autopilot. YOSHI-HASHI hasn’t appeared for New Japan since, and the latest reports are that while his head is recovering well, his shoulder is still having problems, so a return for Wrestle Kingdom 13 is highly unlikely.

Despite its stiff style and sometimes serious injuries such as these, it’s worth noting that New Japan is remarkably injury free for the most part. Hopefully, these two talented stars of the NJPW roster can return healthy to take part in New Japan’s international expansion, similar to fellow NJPW star Tomoaki Honma, who made his own remarkable comeback from injury this year.