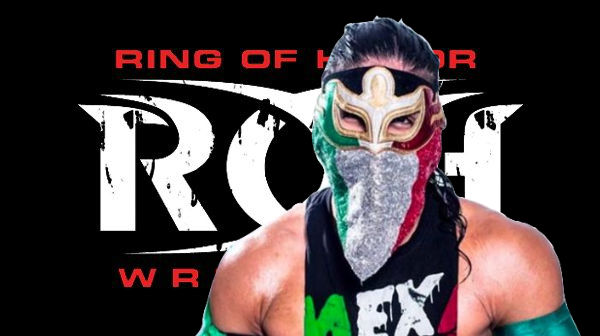 Arguably one of the big breakout stars of the year, Bandido, finished 2018 by signing with Ring of Honor. The Dragon Gate star and Mexican indie supernova had a red-hot 2018, competing in the biggest shows and having stellar matches.

Bandido: From Tijuana to Ring of Honor

Bandido started 2018 relatively unknown, working in The Crash in Tijuana. But, after some incredible matches, he was invited by Flamita to go on a tour in Dragon Gate. In Japan, the team now known as MexiBlood had an insane match against the Rascalz (Dezmond Xavier & Zachary Wentz). After that, it was shining stars for the 23-year-old. Bandido started to appear in Pro Wrestling Guerrilla (PWG), All American Wrestling (AAW), AAA, among others. He even won, alongside Flamita, the PROGRESS Wrestling Tag Team Championships. In a year, Bandido wrestled in Ireland, China, Japan, the US, Australia, and the UK.

The man with the coolest mask in Mexico had his most significant break when he was chosen for The Young Bucks and Cody project, All In. Bandido tagged with Rey Fenix & Rey Mysterio to take on The Young Bucks and Kota Ibushi. Although the match was cut short, this brought Bandido to new heights, showcasing him in front of fans that never heard of him.

Now, to close this incredible year, Ring of Honor is signing the young man. It is no secret that ROH needs new blood in their promotion with the exit of the Bucks and Cody, and the Sinclair Broadcasting-owned wrestling promotion is looking to rack-up their lines with fresh new stars to build the future, such as recent signees like Brody King, Mark Haskins, and PCO. Bandido certainly fits the bill. He has a unique look, excellent wrestling style and can’t do any wrong with anybody on the ROH roster.

Many fans wondered if Flamita will follow the footsteps of his partner. The former Dragon Gate Open the Brave Gate Champion is also an amazing wrestle,r but has the bad wrap of having similarities with Rey Fenix. Although Flamita has a new attire, he still doesn’t have that eye-grabbing look that Bandido has. ROH could have more luck with Puma King who also has a unique style and appearance.