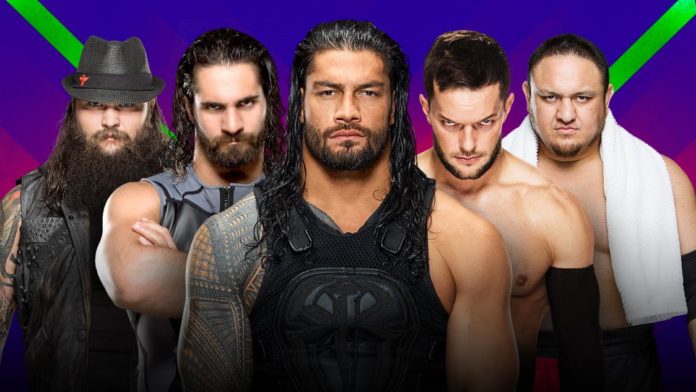 First thing’s first. Fatal Fiveway? Couldn’t it be a fierce fiveway or a fiveway fallout? Did we really have to add a number to fatal fourway? I digress. The main event of the Extreme Rules pay per view is a fatal fiveway match between Finn Balor, Bray Wyatt, Roman Reigns, Samoa Joe, and Seth Rollins, with a chance to face Brock Lesnar for the Universal Championship on the line. Who will win? Let me tell you. I’ll rank all five men, from least to most likely.

Sadly, the samoan submission machine is the least likely to win this match. First of all, his entire main roster run has been built around losing to Seth Rollins. Secondly, he’s just not built to face Lesnar yet. If WWE is going to give us Lesnar vs. Joe, then they need to build Joe into the same monster he was in NXT. He’s just not there yet. I don’t think Joe will eat the pin, but he’s definitely not winning this match.

Bray Wyatt is a strange guy. On one hand, he’s a main eventer that went into WrestleMania was the WWE Champion. On the other, that’s about the only thing of note he’s accomplished in his WWE career thus far. It wouldn’t be a huge surprise if the eater of worlds was able to steal a win, but it just seems unlikely, considering the other three men in this match.

Roman Reigns is probably going to take the Universal Championship off of Brock Lesnar. However… he won’t do it at Great Balls of Fire. The fourth failed coronation of Vince McMahon’s pet project will likely be the main event of SummerSlam this year. Roman definitely isn’t eating the pin either, and someone will likely screw him out of this win.

Yes, there’s an asterisk. We’ll get to that in a minute.

Finn Balor seems like the odds-on favorite to win this match, doesn’t he? He never really got his run with the Universal Championship, he’s been booked like a boss, and in kayfabe, he was the best NXT Champion. He seems destined to be the champ at some point, but frankly, it seems hard to believe that Lesnar would drop the Universal Championship in his first defense. That means the winner will likely be the next man…

Seth Rollins has had a rough year. His booking has been absolute garbage, but he’s so talented that he’s made it work. His career-changing win over Triple H at WrestleMania ended up being mostly meaningless, and they’ve done nothing with it since. However, it wouldn’t be totally unbelievable for Rollins to win the fatal fiveway, getting his shot at Brock Lesnar.

Rollins is over and talented enough to make this work. He could get a great match out of Lesnar, while not losing any heat by taking the pin. There’s plenty of history between Seth Rollins and Brock Lesnar, and this win would give Lesnar’s reign a much needed boost.

Now, About That Asterisk…

Finn Balor has been feuding with the other four men in this match, yes, but there’s been another feud in the works as well. Have you noticed that Finn Balor has had a mini-feud with Luke Gallows and Karl Anderson lately? And also, Finn Balor hasn’t really been as over as he once has, he could use a little change.

Just imagine if a certain club reunited to help a certain demon win the number one contendership? That might help WWE with their abysmal ratings…