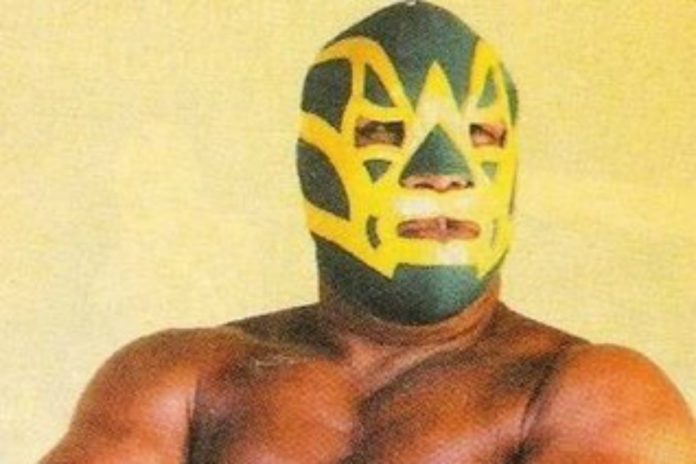 Fishman – born José Ángel Nájera Sánchez – was trained by Marco Tulio, Bulldog Villegas, El Rebelde and Sunny War Cloud and made his pro wrestling debut in late 1969. By 1971, he was a member of the roster for Empresa Mexicana de la Lucha Libre (EMLL), Mexico (and the world’s) oldest professional wrestling company. He would spend seven years with EMLL (who would become Consejo Mundial de Lucha Libre (CMLL) in 1991) and become one of Lucha Libre’s bright new stars.

He shocked the Lucha world in 1978 when he jumped ship to the new Universal Wrestling Association (UWA), a rival promotion to EMLL founded by former EMLL promoter Francisco Flores and Lucha Libre legend Ray Mendoza. In 1981, UWA formed a partnership with NJPW in Japan and opened new landscapes for Fishman’s style, as well joining forces with emerging WWF. The WWF created the Light Heavyweight Championship to be exclusively defended in Mexico with UWA in 1981 (and then NJPW in 1995), until the WWF decided to reclaim it for it’s own global promotion in 1997. During its time in UWA, Fishman held the title twice, first after defeating inaugural champion and rival Perro Aguayo, and then for a longer reign in 1986.

In 1992, he jumped to a new promotion once again, this time heading to Asistencia Asesoría y Administración (AAA) shortly after it opened it’s doors. He would spend five years with AAA, before heading home to CMLL in 1998 for a final year. He’d spend his last year on the independent circuit, before retiring from the ring full time in 2000.

On behalf of the entire Last Word on Pro Wrestling staff, we offer our condolences to the entire Sánchez family.