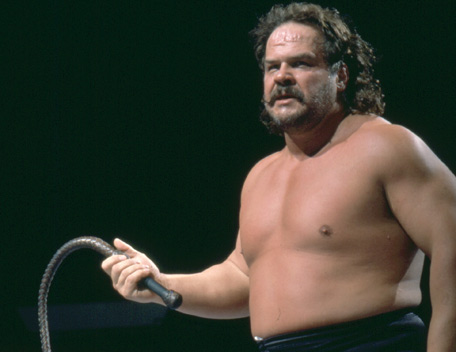 Following a recent hospitalization for a burst appendix, former 70’s NWA legend and 80’s WWF Superstar “Outlaw” Ron Bass has succumbed due to complications. He was 68 years old.

Ronald Heard started in 1975 in the National Wrestling Alliance (NWA) as Ron Bass, in the Bass Family faction, alongside his “brother”, Don Bass (who sadly passed away last September himself) and managed by their “mother” Maw Bass. It didn’t take long for Ron to emerge as the star of the group, becoming “Cowboy” Ron Bass and then “Outlaw” Ron Bass, as the rugged wild west tough guy, famous for his bullwhip.

In the early 1980’s he became a top heel for Florida Championship Wrestling and Mid-Atlantic before jumping to the WWF in 1987, where he would engage in memorable stints against Junkyard Dog, Brutus “The Barber” Beefcake and Honky Tonk Man.

By 1991, his injuries began to mount and he retired from the industry, just a short time after leaving the WWF.

Over the years, he’s made the rounds at wrestling conventions and independent shows. He actually missed a few appearances in the past week due to his hospitalization.

On behalf of the entire Last Word on Sports family, we offer our condolences to the entire Heard family and to all the fans and friends of “Outlaw” Ron Bass.

Oh my God Ron BASS passed away God rest his soul ! brother you're a good man I will forever be grateful to have known You!

Ron Bass whipped my ass around few times. He was a legit tough guy. Sad about this. RIP another fraternity brother pic.twitter.com/b889dmgfAi

If what I’m reading is true, RIP Ron Bass. A truly good man and friend who shared a love for Star Trek and cats with me. I’ll miss you Sir.