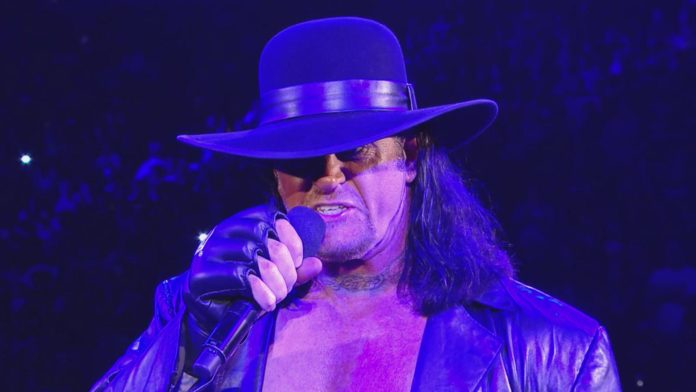 Well if this Monday Night Raw isn’t a blockbuster, I don’t know if it’s possible anymore. The Undertaker and Shawn Michaels are scheduled to appear, Roman Reigns is defending his United States Championship in a handicap match (how?) against Kevin Owens and Chris Jericho, and hypothetically, Emmalina will debut. Did Raw live up to the expectations? The Bro that Runs the Show, Ryan Smith gives his Monday Night Raw Review: Many Returns.

After a backstage segment that saw Seth Rollins and Braun Strowman brawl, the show opened to a chorus of people booing Roman Reigns. Somehow there’s a handicap match for the United States Championship, even though the outcome is pretty obvious.

Though, how refreshing is it that Raw is starting with a match, a championship match, and not a 20 minute promo? More of this, Monday Night Raw, more of this please. Especially after that Wrestle Kingdom 11 main event. Spoilers- That match will be brought up constantly.

Before the match could even start, Braun Strowman made his way to the ring. Reigns rolled out of the ring and brought the fight to Strowman, who threw him back into the ring. Owens and Jericho attacked him, and soon Strowman joined the fray.

Soon, Seth Rollins ran down to the ring with a steel chair and saved Roman Reigns. Then the Shield buddies sent Strowman out of the ring with chair shots. How did WWE respond to the chaos? Stephanie McMahon came out. Believe it or not, Roman Reigns got a better reaction than she did.

She delayed the U.S. title match until later that night and announced a match between Seth Rollins and Braun Strowman. Well. Props to WWE, this wasn’t the outcome anyone predicted.

I actually wrote an article about Seth Rollins babyface problems, and it should probably be out soon! In that article, I break down how Seth Rollins needs to stop coming to Roman’s rescue, and how he should be interacting with HBK later. Instead, he’ll be saving Reigns, getting murdered by Strowman, maybe interacting with Shawn, and then saving Roman again later. What an evening.

As promised, Rollins and Strowman took off, and as refreshing as it is to see Rollins wrestle someone not named Chris Jericho, jobbing to Strowman wasn’t what I had in mind. Rollins, like Sami Zayn, used his superior quickness to avoid the giant.

Rollins managed to get his comeback offense in, and actually covered Strowman twice, even getting a two-count. Fun Fact- Those two covers are the most in any match against Strowman. At one point, Rollins jumped off the top rope outside of the ring onto Strowman, but the big man moved and Rollins hit the barricade.

Strowman was having too much fun tormenting Rollins outside of the ring, and eventually both men were counted out. In a moment of rage, Strowman went to get a steel chair, and he brought it back to Rollins. The Architect stole it, and every time Strowman came near the ring, Rollins swung at him. Eventually Strowman nodded and left Rollins standing tall in the ring.

This was a fun match. Gallagher’s gentlemenly habits are actually quite entertaining. However… Having the CruiserWeights wrestle on Raw to set up 205 live seems a little ridiculous. It’s like having something on Raw set up an episode of Total Divas. It’s fun, it’s just a little ridiculous.

Did Shawn Michaels come out and confront Seth Rollins?
Did he announce a match against AJ Styles?
Did he do anything fun?

No. He sold his movie, sold the rumble, and was interrupted by the Enzo/Cass vs. Rusev feud. This segment was fine, but man did they drop the ball. We didn’t get any serious development and he gave a rub to the worst program going on Monday Night Raw.

I love Rusev, but this guy can’t carry a feud to save his life. The feud with Ziggler? Awful. The feud with Reigns? Awful. This nonsense? We get it Vince, you want the big tall guy to get over.

Shawn said he didn’t have anywhere to be until his movie came out, so he’d be ringside. Know what that means?

* Big Guy Squash Match Clap-Clap-Clap Clap Clap*.
Despite that markiness, Jinder actually dominated for most of the match.
Then guess what happened? Yup. Rusev ate Sweet Chin Music.
Jinder obviously marked out so much he couldn’t earn his first win since he was pretending his brother was Great Khali (remember that?), and Cass awkwardly stumbled to a win.

Quick Survey-
If I told you the early favorite for worst segment of the night involved Shawn Michaels hitting Sweet Chin Music, would you have believed it?

He continued to punish Dorado after the match when CruiserWeight Champion Rich Swann came to the rescue. Swann went for that killer kick but Neville escaped. One more time. Heel Neville is the best thing on Raw.

Luke Gallows isn’t the best worker, but he is one good brother. Sheamus actually showed off some new moves. It is interesting that they got into discussing how important being over in Japan is. KENNY OMEGA DEBUT CONFIRMED… just kidding.

THEY’RE CALLING THEMSELVES SHEASARO. WE DID IT. WE DID IT LWONATION. OH MY GOD. Okay, maybe it was a lazy name, and they thought of it themselves, but still, I DID IT FIRST. AMEN.

Late in the match, Karl Anderson attacked Cesaro, distracting Sheamus long enough for Gallows to get some moves in. Cesaro almost hit the swing on Anderson on the stage, and that distracted Gallows long enough to let Sheamus hit the brogue kick for the win.

Mick Foley was in the ring, sporting a new hair cut, begging for the Undertaker to come out. Here’s a question, what’s a cheaper pop, Foley saying the name of the city or Undertaker’s music hitting? Foley was reminiscing about his times with the Undertaker when the lights went out… and out came Stephanie McMahon.

WHY. WHY DO YOU DO THIS TO US. Excuse me, I’m hitting pause to go watch Wrestle Kingdom 11, BECAUSE THAT’S GOOD WRESTLING.

Anyway, Stephanie McMahon walked to the ring surrounded by more darkness than the Undertaker could ever produce, and began to cut him down. Stephanie McMahon blamed Foley for SmackDown beating Raw in the ratings, that’s not why. This is why.

The lights went out, and the most famous entrance in all of pro wrestling began. Smoke filled the arena as an eerie purple light was cast over the crowd, and out came the Dead Man. Even after all this time, even after all these years, nothing gives me chills quite like the Undertaker’s half hour march to the ring.

And he announced that he’ll be entering the Royal Rumble. Yup. A Royal Rumble with Undertaker, Brock Lesnar, and Goldberg. And no, it’s not 2002. All these old legends, and I’m still saying Finn Balor wins it. Book it.

Bayley and Sasha Banks vs. Charlotte and Nia Jax

This is interesting. Literally four of the six women on teh show in one match… Fascinating. With two CruiserWeight matches down, it seems unlikely that the Cedric Alexander/Noam Dar/Alicia Fox thing will continue tonight. God Cedric… you deserve so much better than this whole angle.

This match was perfectly fine. There have been too many strange bedfellows in WWE lately. Roman and Goldberg. JeriKO and Strowman. AJ Styles and Baron Corbin. Now Charlotte and Nia Jax? The enemy of my enemy doesn’t have to be your friend, especially when it doesn’t benefit you.

Bayley worked most of the match, and by most of the match, I mean the entire match. Nia Jax knocked Sasha Banks off the apron and the two women took turns demolishing Bayley before getting the pin. This was a fine match, as they’re still selling Sasha’s injury.

It looks like the former Florida Gator is still trying to join the New Day. This week, the New Day embarrassed him by showing him fall on his face seven years ago in NXT. Back before NXT was a wrestling promotion, and it was an embarrassing reality show, and on this show, Titus was supposed to carry a keg around the ring, and he fell immediately on his face.

So what did the New Day do? They brought out a keg full of… you guessed it, booty juice. In 2017, he didn’t fall on his face. He would’ve me the time limit that they gave him, but he DeSean Jackson’d it, dropping it right before the line.

Titus actually manhandled Kofi for most of the match, but eventually the New Day got involved and Kofi won with Trouble in Paradise. Ya know what, this is good for Titus. Either there’s a monster heel run in him… or he’s just going to job out until his contract ends. All in all, not a bad bit.

Before the match even started, Reigns came out and attacked JeriKO. The match hadn’t even started, and Jericho decided he wanted to make it a one-on-one match… so he started to lock Jericho in the Shark Cage. Wait… Was it a handicap match so Jericho and Owens couldn’t just pin one another? That seems detrimental.

Anyway, they ended up in the ring, and you’re not going to believe this, but it was actually a good match. Reigns reversed a Pop-Up Codebreaker into a Superman Punch. Still not as great as a Pop-Up Pedigree, but it was pretty damn cool.

My favorite thing about Jericho? The “Oh Sh*&” look he has when he gets caught in a bad situation. Full Kevin McCallister, I love it.

At one point, Jericho hit a codebreaker on Reigns, and then Owens powerbombed Reigns onto the apron. They dragged him back into the ring, and instead of going for the pin, they took way longer than five seconds beating him up. Jericho hit another codebreaker and…

JERICHO WON? WHAT?! WHAT?! WHAT?! Jericho has officially won all the belts, and wow! I really thought there way no way! That’s insane! What a great ending!

CHRIS JERICHO IS THE UNITED STATES CHAMPION. WHAT ELSE DO I HAVE TO… oh no… this means Reigns is beating Owens… doesn’t it?

Shawn Michaels, the best friend of Triple H, was on the show… and he didn’t interact with Seth Rollins at all. Instead we got a Rumble tease, a bad match, and a lazy pop. Thanks a lot WWE.

This was a disappointing show. You had Shawn Michaels and the Undertaker and you didn’t do anything with either of them. Instead, we just got another boring episode of Monday Night Raw. Sure, they were going up against the National Championship, but with the inclusion of two icons, they should’ve turned up the intensity. Jericho won the United States Championship, and that was amazing, but that was really it. Against the National Championship, with the legends, after Wrestle Kingdom 11, you could’ve done better, WWE. Oh well, at least SmackDown Live might be interesting tomorrow…