The NFL season is midway through December and the league is beginning to lock up playoff berths. The AFC and NFC are going to go right down to the wire thanks to seven teams qualifying for the playoffs. After Week 13, the Arizona Cardinals took a hit, while the Las Vegas Raiders kept up to pace.

The top-2 teams from each conference, Steelers, and Chiefs in the AFC and Saints and Packers in the NFC, appear to be a lock. The rest of the NFL playoff bracket is beginning to get set. With January just around the corner, what are the top playoff matchups that we are hoping to see in the first round? 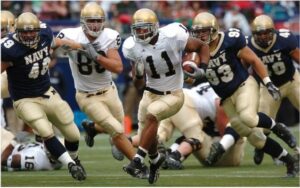 First Round Playoff Matchups We Would Love to See

For this to happen, the Browns would have to possibly fall to the No. 6 seed, while the Bills would stay locked in at the No. 3 seed. However, the Bills play the Steelers, Broncos, Patriots, and Dolphins to close out the season. If the team lost two of those games to finish 11-5, it’s possible that the Bills could land as the No. 4 seed if the Titans win out. Currently, the Browns are 9-3 and are the No. 5 seed, but are unlikely to catch the 11-1 Steelers.

This matchup has a few storylines leading into it. For starters, it would be a battle between the two of the top quarterbacks from the 2018 NFL Draft. Baker Mayfield was taken by the Browns with the No. 1 overall pick, while Josh Allen was taken No. 7 overall. Allen owns a stat line of 3,403 passing yards, 26 touchdowns, and eight interceptions. Mayfield has played solid with a line of 2,442 passing yards, 21 touchdowns, and seven interceptions.

The Browns are coming off a 41-35 triumph of the AFC South-leading Tennessee Titans. This would probably be a high scoring affair and it would give a stamp of approval for the best quarterback out of the draft class.

The Packers have the easiest path towards claiming the No. 2 seed in the NFC, so this would mean we would be rooting for the Bucs to claim the No. 7 seed. The way Tampa has been playing, it’s possible that could happen. After sitting with the No. 1 seed, the Bucs have lost two straight games and the 7-5 team is sitting at the No. 6 seed.

This would be an epic first-round matchup between two future Hall of Fame quarterbacks in Tom Brady and Aaron Rodgers. Not only that, the Bucs have the firepower on offense to pull off the upset. While everyone would be staring at the quarterback headlines, sliding under the radar would be the trifecta in Mike Evans, Chris Godwin, and Antonio Brown. Could the 43-year old Brady pull off an upset after all these years of being favored? That’s an answer to a question that we would all love to see.

With the loss to the Washington Football Team, the Chiefs have a shot at winning the No. 1 seed and the boy in the playoffs. As for the Ravens, the team has some work to do to qualify for the playoffs as the team is currently the No. 9 seed. If the Ravens could sneak into the playoffs, Round 3 with the Steelers would be an epic trifecta to the season.

The Steelers have won both matchups, but one matchup was won due to the Ravens having most of their offense out with COVID-19. The Ravens were the No. 1 seed last season with MVP Lamar Jackson. This would be the ultimate opportunity for the No. 7 seed to knock out a top team in the postseason. Not to mention, the Ravens and Steelers have divisional history, so there would be a heated rivalry on display.