Bellows is the son of former NHLer Brian Bellows, who played 17 seasons and scored 485 goals in the league. Kieffer was taken 19th overall in the 2016 NHL Draft by the Isles. He’s spent most of his time with the Bridgeport Sound Tigers. Bellows scored 22 goals and 31 points in 52 games last season with the Sound Tigers.

He got into eight games last season with the big club and scored two goals and three points. His possession numbers were 39.2 percent Corsi and a relative Corsi of -8.4. He has double-digit goals in his two full seasons with Bridgeport. He got a gold medal as part of the 2017 United States World Junior team in Canada. Bellows also earned a bronze with the 2018 Team USA squad at the IIHF World Juniors in Buffalo.

This news comes on a busy day of free agent signings and trades. There was no information as what substance caused the violation, but there looks to be no further disciplinary action needed.

Bellows is on the fringes of trying to make the team and wants to get into the lineup for the Isles. He does poses good strength and offensive ability for his 6-foot, 1-inch frame. He has a good shot, but hasn’t been able to translate that into sustained playing time at the NHL level. The Edina, Minn. native also takes silly penalties at times and needs to do a better job of staying out of the penalty box.

Hopefully this serves as a wakeup call and he can get back into trying to make the Islanders team that is on the upswing. 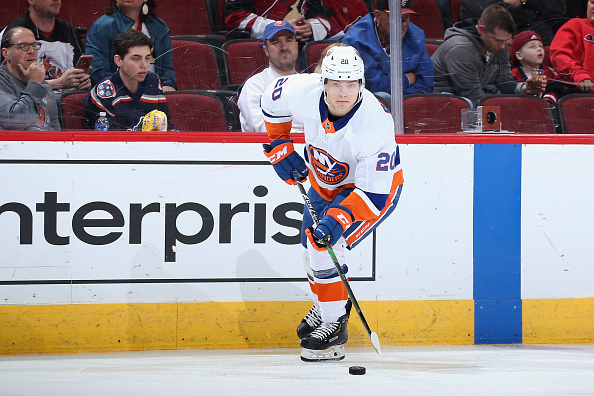