General manager David Poile has plenty of the Nashville Predators first pick. Nashville holds the 24th selection in the first round of the 2019 Draft. The Predators can go multiple directions barring a trade.

Offensive depth was a problem for Nashville as scoring dropped off after the “JoFA” line. The Predators could add another young forward in the vein of an Eeli Tolvanen.

Nashville’s defence has been one of the best in the league over the last few seasons. However, the group has regressed over the last two seasons and were beaten by the younger Dallas Stars defence in the first round of the Stanley Cup Playoffs.

There could be some moves on the blueline if Poile wants to kickstart the offence. He’s said that trading one of the “Big Four” is on the table and there could be a makeover for that defence. Dante Fabbro is in line to claim a spot if there’s a trade.

The options are endless and mock drafts are all over the place on what the Predators will do with the pick.

A few of the mock drafts have the Predators bolstering their offence. Draftsite.com has Nashville taking right winger Samuel Poulin from Sherbrooke of the QMJHL. He is the son of former NHLer Patrick Poulin.

USA Today’s Mock Draft had the Predators picking Ryan Suzuki from the London Knights. Suzuki is the younger brother of Montreal Canadiens prospect Nick Suzuki. TSN also had Nashville take Suzuki at No. 24. The elder Suzuki has put up some highlight reel goals and excellent stickhandling.

The Sporting News took Pavel Dorofeyev of Stalnye Lisy in Russia. They liked his hockey IQ and positioning. SB Nation’s On the Forecheck blog went with Niagara IceDogs centre Phil Tomasino. They liked that he is well-rounded, is speedy and can stickhandle.

LWOH’s Top Shelf Prospects decided to go in a different route as Ben Kerr selected Lassi Thomson from the Kelowna Rockets of the WHL. The scouting report liked his vast array of shots and his quick release.

Sportsnet’s final mock draft had the Predators look to the defensive end by taking Matthew Robertson of the Edmonton Oil Kings. They said the pick is an interesting one, but Nashville is good at developing defencemen. The Predators may be able to identify the good parts of his game.

NBC Sports third version of its mock draft had the Predators get Finnish defenceman Ville Heinola. The 18-year-old is already playing in the SM-Liiga in Finland and is mature for his age. Keep in mind these mock drafts came out before the New York Rangers gave the 20th pick back to the Winnipeg Jets as part of the Jacob Trouba deal.

What the Future Holds

Players taken in the later part of the first round aren’t usually expected to contribute right away. These picks usually have time to develop in juniors, college or at AHL Milwaukee.

Poile has usually done well in drafts and this pick could be another player that gives the Predators a future contributor. 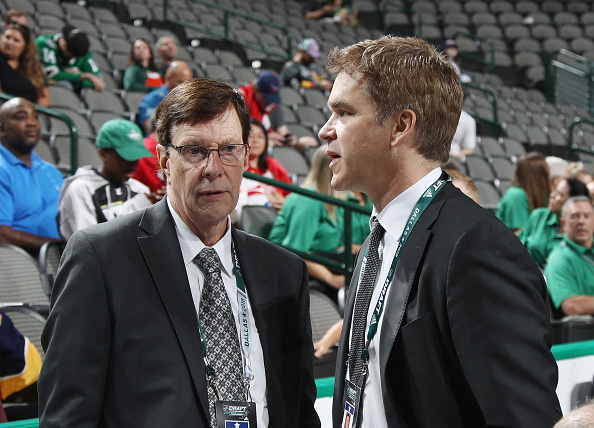