The 63-year-old helped Detroit win the Stanley Cup three times as general manager and the club made the playoffs for 25 straight seasons from the 1990-91 campaign until 2016-17. He helped put together some of the most star-studded lineups.

However, his tenure ended with the team barely getting into the playoffs for a season and have missed the post-season the last three years. Holland had given out some questionable contracts over the last few seasons that put the team in cap purgatory.

The writing was on the wall and he was moved to senior vice president while former Red Wings star Steve Yzerman took over as general manager. Yzerman helped build the Tampa Bay Lightning into a contender.

Holland still wanted to be a general manager and accepted Edmonton’s offer to clean up that mess. The Vernon, British Columbia native leaves a legacy, but Wings fans are wrestling with what kind.

Holland took over for Jim Devellano and Scotty Bowman in 1997 and continued compiling talented squad. Detroit did not have the restraints of the salary cap and could attract top players. Many players would take less money to be a part of a team that was a perennial Stanley Cup contender.

The Red Wings took the old Central Division title 10 times during his tenure. In the early 2000s, he seemed to have the magic touch when it came to trades. Holland was able to pick up pieces like Chris Chelios, Ulf Samuelsson, and Dominik Hasek. Those players were key in deep playoff runs and Stanley Cups.

He also managed to lure free agents like Brett Hull, Marian Hossa, Todd Bertuzzi and others to Hockeytown. The big names liked playing for the Red Wings and they always contended.

They also drafted plenty of late-round talent that consisted of Europeans like Pavel Datsyuk, Henrik Zetterberg, and Johan Franzen. This led to a pipeline of players from across the pond that gave them scores of talented skaters.

The Streak: For Better or Worse

Detroit was a fixture in the post-season for over two decades. However, that streak may have been a curse as well as a blessing.

The Red Wings got old in a hurry in the 2010s and players like Nicklas Lidstrom, Franzen, Zetterberg, and Datsyuk started showing their age. Holland tried everything he could to keep the streak alive by trying to lure players like Ryan Suter and Zach Parise to Detroit. The pair decided to play together for the Minnesota Wild and spurned the Red Wings.

This led to one of the biggest problems Holland encountered in his final years in charge. He gave several bad contracts to players like Stephen Weiss, Jonathan Ericsson, Frans Nielsen, and others. Those bad deals bogged down the rebuild and made it hard for the team to get younger players. There was and has been a lot of dead money on the books for Detroit. Zetterberg still has two years left on his contract. The pain of that deal is somewhat softened by the fact he’s on long term injured reserve. However, it’s money that could be used elsewhere.

Hanging onto the edge of the playoffs had the Red Wings miss out on high draft picks that could have injected young talent into the squad. Picking in the middle or the end of rounds isn’t sure of science as picking near the top of rounds.

Patience Was a Strength and a Weakness

Holland was very patient and wouldn’t make deals for the sake of just making them. He’d let things play out and see if things would develop on their own. That can be a good trait, but it can also be detrimental.

He didn’t pull the trigger on dealing his aging core when he could have. He could have dealt some of his veterans and gotten some building blocks in return. Holland eventually wised up and got some draft picks, but it may have been too little, too late.

Late Red Wings owner Mike Ilitch wanted to promote Yzerman in 2010, but Holland still wanted to be a general manager. That stubbornness hastened Yzerman’s departure to Tampa Bay and helped that team become a contender. Holland eventually got that hint as well and stepped, but that didn’t last long before he went to Alberta. He now faces the challenge of fixing Peter Chiarelli’s mess.

Ken Holland deserves plenty of praise for keeping the team a threat to win titles for many years. He was able to make smart trades and nab key free agents. However, that magic went away later in his tenure.

The longtime Red Wing should be praised for all his efforts, but the end of his time will be something fans can’t ignore. However, he’s left his successor with more tools to get Detroit back to the playoffs. 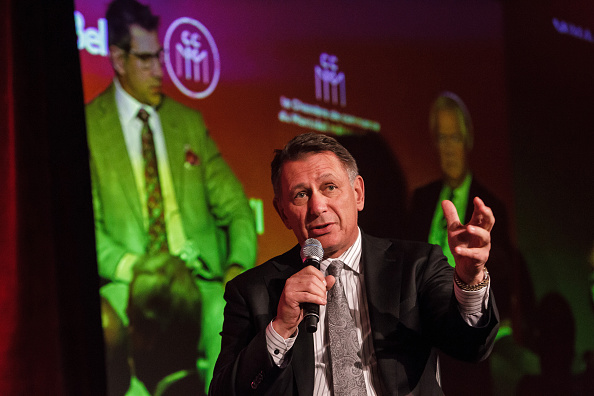