At the beginning of the year, we published our first impressions of Stephen Halliday. The 16-year-old was the first player in Central Illinois Flying Aces history to make the team immediately following his draft year, which is a fairly big deal in juniors. Halliday was the first-overall pick in the USHL Entry Draft last year, after netting 83 points in only 59 games with his Triple-A club in 2017-18.

During his rookie year in the USHL, Halliday has been fairly on par. He ranks among the top-15 among rookies in scoring, with 29 in 45 games so far. As the year has progressed, and he’s become a bit more comfortable in the league, Halliday’s play has become a bit easier to read. His true strengths and flaws are shining through.

An End-of-the-Year Update on Stephen Halliday

Before we look at Halliday’s strengths and weaknesses, it’s important to get a bit of background. The Aces are again near the bottom of the pack, only three spots above the bottom of the league. With four games remaining in the season, everyone’s temper is starting to rise. Every player has felt a bit more pep in their step as they near the end of the year hoping to finish strong. While this has made each game a bit more exciting, it has also made mistakes a bit more pronounced. Players have seen a bit more prone to slip-ups or being a bit out of position, which goes to help Halliday’s cause a bit.

With all of that said, though, Halliday’s issues have still been fairly pronounced. The most obvious issue when watching Halliday play is his complete shying away from the physical aspect of the game. Only Chase Hillebrand stands taller than the 6-foot-3-inch rookie winger. He’s also the heaviest player on the team. With this stature, it’d be fair to assume that Halliday is a wrecking ball on skates.

However, he’s not. Instead, Halliday plays like the league doesn’t allow body checking. He holds back from any physical contact. When he does hit, it’s a bleak push instead of bulldozing players over as he could. With a player of this size, hitting is a must. As the hockey world moves towards a smaller, faster style of play, big men like Halliday will have to truly show how strong their physical game is if they want a chance to beat out small-and-speedy forwards.

Halliday’s skating could also use quite a bit of work. He simply struggles in the same way that many big players do. At the beginning of the year, he compared himself to then Arizona Coyotes winger Dylan Strome. “I watched him play in the OHL,” he said. “[Strome] obviously had to get much faster to play in the NHL. That’s why he’s so far behind the rest of his draft class.”

Halliday has been working on his skating ever since his move to the USHL. It’s gotten a bit better but still has a long way to go. Being so young and so far from his likely draft day, he has plenty of time to overhaul his skating.

The worst of all is simply his emotion, which has gotten out of hand on a few different occasions. During March 9’s game against the Muskegon Lumberjacks, it was extremely noticeable. As the teams headed off of the ice for the second intermission, Halliday got into a bit of a scrum with an opposing player. Something set off the rookie and he got into a bit of a shoving match. He started off the third period with a penalty as a result.

Through the entire third period, there was a clear sense that Halliday still had a bit of a sour taste in his mouth. There were multiple cases where the frustrated Halliday would leave the ice early after not being passed the puck or after making little mistakes. In the same vein, his emotions masked some perfect opportunities for him. There were a few chances where he had the puck and an almost guaranteed goal if he put the puck on net but instead he passed it or threw it away.

This is very understandable for a young player. After a season of struggles, his emotions weren’t out of hand. For him to let emotion overrule his entire play isn’t something that can stick around, though. As he gets older he’ll likely learn to manage the pressure a bit better but it’s concerning to see nonetheless.

Of course, Halliday’s play isn’t all bad. In fact, he’s starting to show a lot more promise as the season comes to an end. Most of his strong points can be boiled down to one simple fact: Halliday is a playmaker. He perfectly embodies the idea of a strong assist-man but can also score quite a bit on his own.

Halliday’s passing and vision of the ice are unparalleled. He can seemingly see everything at once and makes great passes. He also does a great job of working in small areas, despite his size, which the Aces have exploited as the year’s progressed. Whereas Halliday started the year as an almost exclusive net-front presence, he now plays along the boards and below the net much more. This is simply a result of his great ability to find the open man and perfectly set them up for an easy goal. This talent will inevitably shine through as Halliday becomes much more comfortable with the faster play that the USHL offers.

If he can hammer out his few, but pressing, flaws, Halliday could be a fairly big name when the 2020 or 2021 NHL Drafts roll around. He’s a one-of-a-kind player, with the size of a gritty power-forward but the mindset of a star playmaker. After a strong start to his career in major-juniors, the sky is the limit for Halliday. While he does have a college commitment already lined up, his ultimate goal is to make it to the big leagues. “Hopefully one day I’ll play in the NHL,” he said back in October. 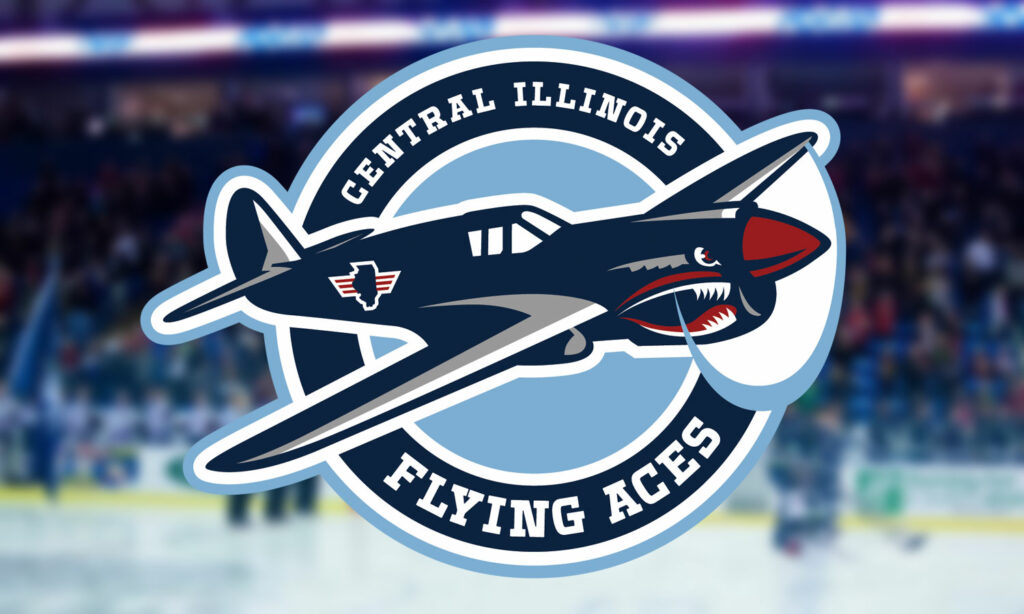