The Edmonton Oilers have announced it has fired coach Todd McLellan. Edmonton has replaced him with Ken Hitchcock, who will be with the team Tuesday night against the San Jose Sharks.

The #Oilers have named Edmonton native Ken Hitchcock as their new Head Coach after relieving Todd McLellan of his duties earlier this morning. pic.twitter.com/joNXTLMXol

The Edmonton Oilers have parted ways with Todd McLellan. This season, the team has a record of nine wins, 10 losses and one overtime loss. Edmonton sits tied for in fifth spot in the Pacific Division.

Over his 11-year NHL career McLellan has split his time between the San Jose Sharks and the Edmonton Oilers. Overall he has 434 wins, 282 losses and 90 overtime losses. His greatest success was with the Sharks in the 2009-10, 2010-11 seasons when he took them to the Western Conference final.

Hitchcock has coached the Dallas Stars, Philadelphia Flyers, Columbus Blue Jackets and St. Louis Blues in his 22-year coaching career. His overall record is 823 wins, 506 losses, 28 ties and 22 overtime losses. He won the Stanley Cup in 1998-99 with the Dallas Stars. Hitchock won the Jack Adams Awards the Blues in 2011-12.

General manager Peter Chiarelli made the change after the Oilers lost six of their last seven games. Edmonton couldn’t build off of making the playoffs two seasons ago. The team looked like it was going to take the next step of being a contender, but their defence has struggle.

Hitchcock is known for his defensive prowess, but there are worries that he will slow down the high-powered Edmonton offence. The same thing happened last season when Hitchcock couldn’t get the highly-regarded Stars offence into the post-season. 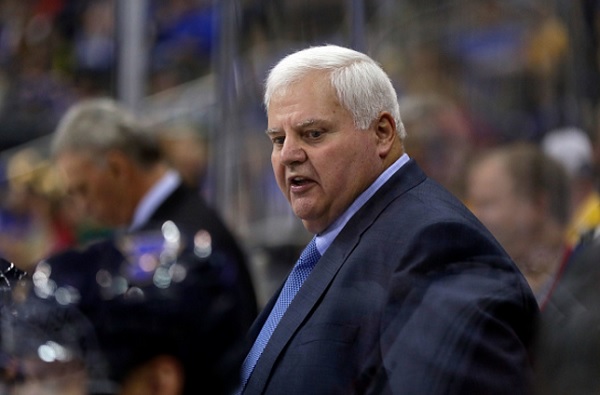