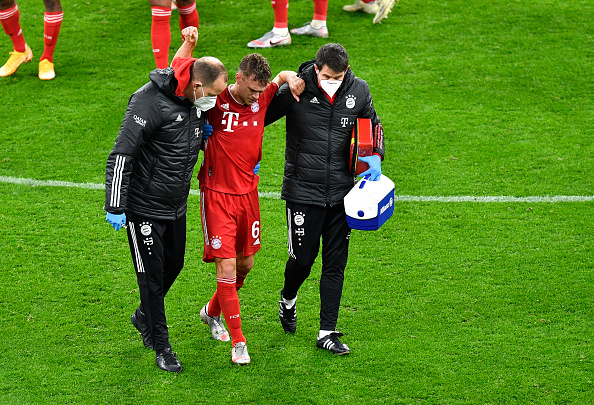 Bayern Munich‘s celebrations of their 3-2 victory over Borussia Dortmund in Saturday evening’s Der Klassiker were cut short by Joshua Kimmich‘s injury. The Rekordmeister have now confirmed that the German midfielder underwent surgery to repair a meniscus tear in his right knee. The operation was a success but will see Kimmich return to the Bayern squad […] READ MORE 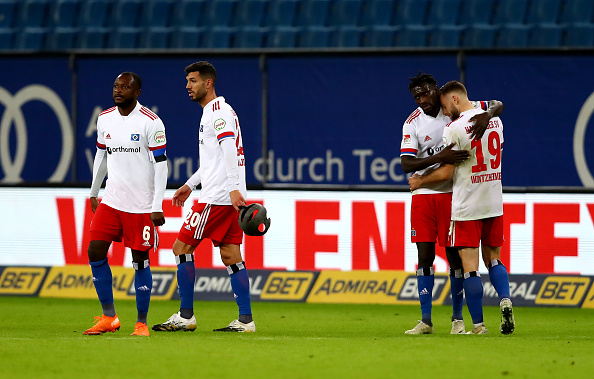 One of Germany’s biggest and most traditional clubs, Hamburger SV, have begun the 2020/21 2. Bundesliga campaign with four consecutive victories and are now in first place. The northern German club are the only side in the second tier that has not dropped a single point. Hamburg are now embarking on their third and possibly […] READ MORE 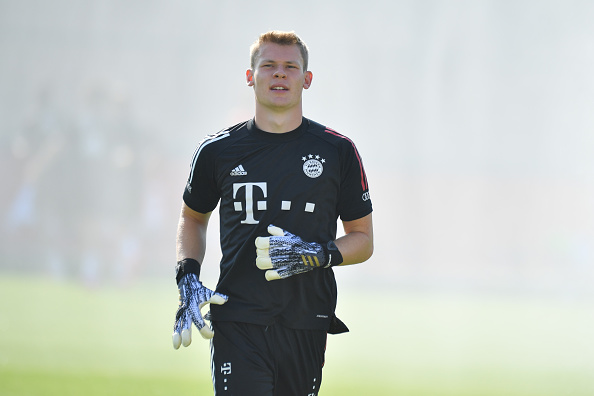 Former Schalke captain Alexander Nübel arrived at Bayern Munich this summer after agreeing in January to leave Die Königsblauen. The transfer caused quite a stir as Manuel Neuer, whose contract was set to expire after the 2020/21 season, had not yet signed an extension, while Nübel was yet another example of Bayern acquiring a Bundesliga […] READ MORE 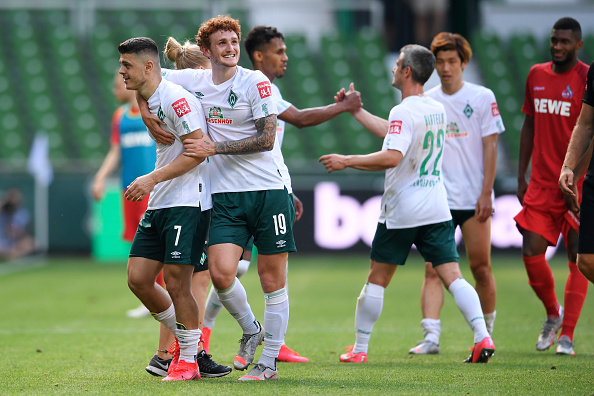 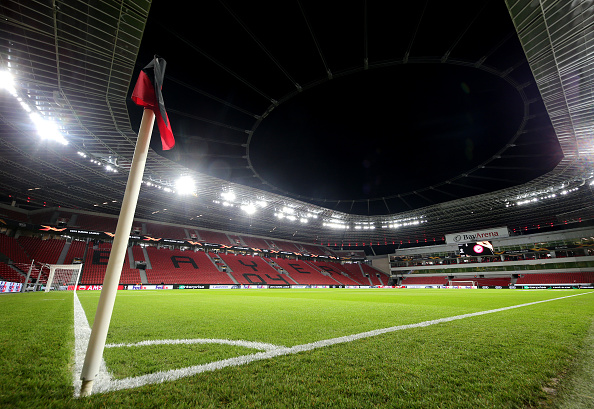 This Saturday, all nine Bundesliga fixtures will be played simultaneously on the final day. While the majority of clubs have nothing to play for, there are three accolades still up for grabs. Bayern Munich have won the title and SC Paderborn will finish bottom. In between, the final Champions League spot, automatic Europa League qualification, and a […] READ MORE 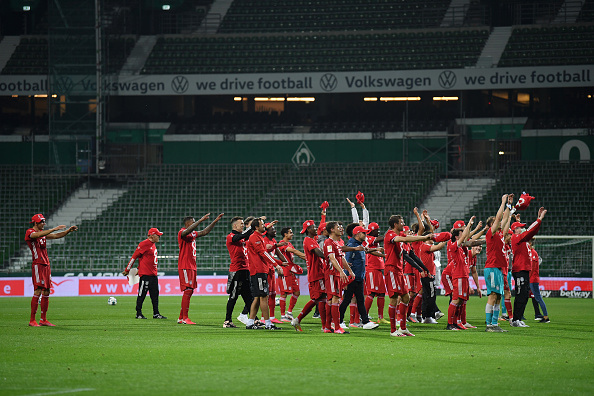 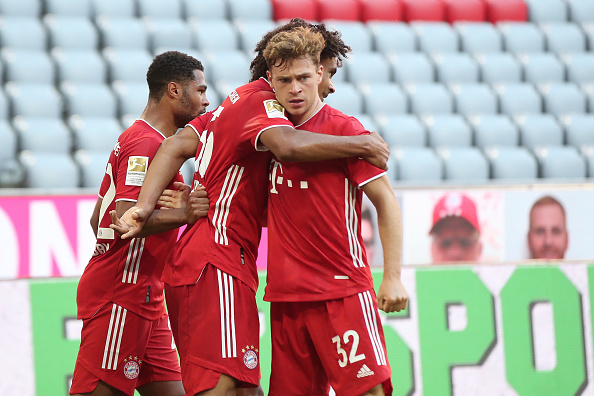 German record champions Bayern Munich travel to northern German giants Werder Bremen tonight in search of their eighth consecutive Bundesliga title. At the same time, Bremen are embroiled in a three-horse relegation scrap, and getting anything out of this match would be a massive step towards survival. The game is a clash with implications at […] READ MORE 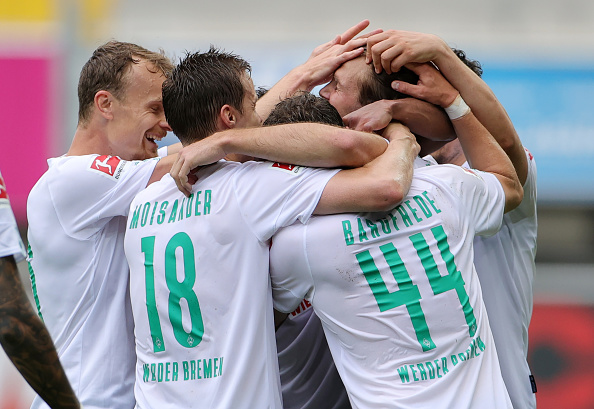 This weekend’s round of Bundesliga fixtures saw the relegation battle narrow to three clubs. Last place SC Paderborn are not yet mathematically out of contention, but the newly-promoted side trail 17th place Werder Bremen by eight points with three matches to play. Bremen and Düsseldorf both have 28 points, while 15th place Mainz have 31. […] READ MORE 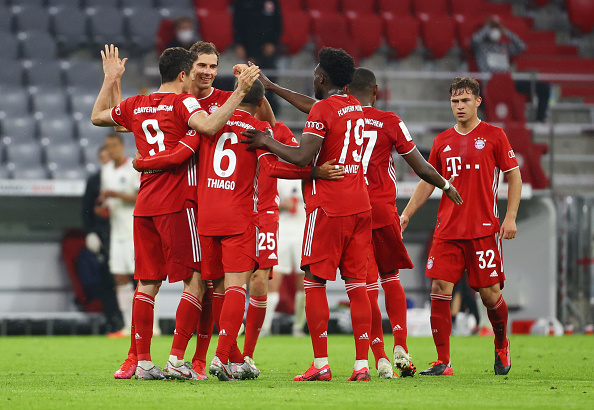 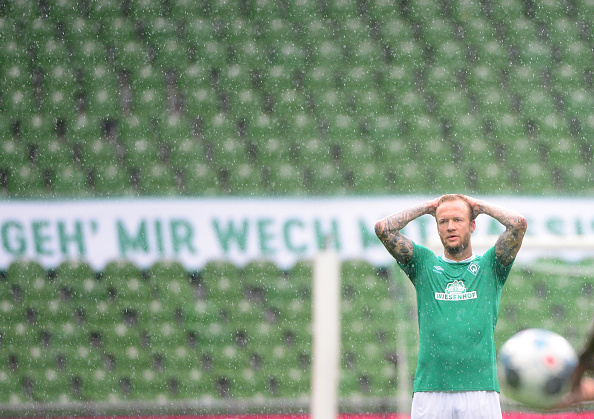 VfL Wolfsburg travelled to the Weser-Stadion this Sunday, claiming all three points and building a two-point lead over seventh-place TSG Hoffenheim. Bundesliga giants Werder Bremen now sit in 17th place, an automatic relegation position, three points behind 16th place Fortuna Düsseldorf. The 2004 Bundesliga champions have not been relegated since 1980. The club has four […] READ MORE