Yet another disappointing week for Oxford United has come to a close with another two defeats in the last seven days.

The U’s bowed out of the Papa John’s Trophy before losing at home against Peterborough United in League One.

Also this week, Karl Robinson’s side found out their opponents in the first round of the FA Cup and there have been further loan moves away for some of the club’s young players. 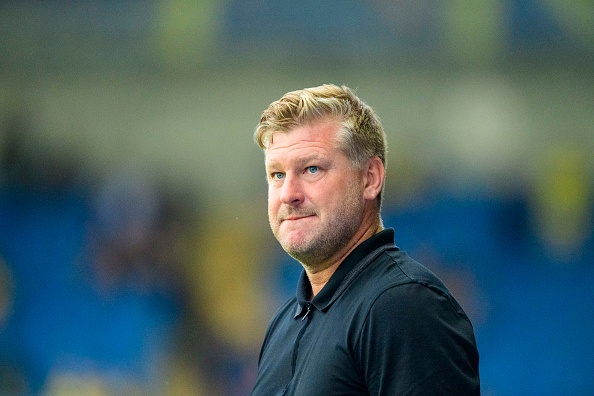 U’s to Travel to Woking in FA Cup First Round

Oxford United have been drawn against National League side Woking in the first round of the FA Cup.

From the last eight meetings between the two sides, there have been three Oxford victories, four draws and one Woking win.

The U’s went out at this stage of the competition last season after a dramatic replay against Bristol Rovers.

The tie will be played on Sunday, November 6.

Another Youngster Leaves on Loan

Last week saw the departure of Will Owens and Slavi Spasov to North Leigh and Banbury United respectively and now, goalkeeper Eddie Brearey has joined Thame United on loan.

The 18-year-old, who has also spent time with Eddie Odhiambo’s side, joins fellow goalkeepers Kie Plumley, Fraser Barnsley and Jack Stevens out on loan.

Karl Robinson’s side bowed out of the Football League Trophy following a 2-0 defeat at Sutton United.

The U’s boss fielded a strong side with the hope of reaching the next round but two second-half goals from the League Two side ended Oxford’s hopes of progression, despite a 5-0 win over Leyton Orient in the opening fixture.

Josh Johnson was the latest Oxford youngster to leave the club on loan after the 18-year-old joined Dartford on a one-month deal.

The midfielder has been involved with the first team in the past two seasons, but speaking to the club’s official website, coach Pablo Hayshem said: “It’s a good move for Josh, his first loan at a team who are doing well and where we know he will be looked after.

“It is all part of the Academy programme to try and give them experience of senior football and we think this will help his development.”

Another League One Loss

Oxford suffered a second defeat of the week as Peterborough United ran out 2-1 winners at Grenoble Road.

The Posh led 2-0 at the break as the U’s struggled to get a hold of the game. However, they came out a lot brighter after the break and reduced the deficit through Billy Bodin.

But just a few minutes later, Matty Taylor was sent off with a straight red card, making the task even more difficult for a struggling U’s side.

Oxford United midfielder Oisin Smyth has picked up a hamstring injury ahead of a loan move away from the club.

This is according to Karl Robinson who has said the January deadline day signing was set to join a club in the National League for one month.

“He was going out on loan and unfortunately did his hamstring,” Robinson told the Oxford Mail.

“He’s worked really hard and he’s devasted because he was going to get a month’s worth of football, and unfortunately that’s not going to be the case now.

“The club he was going to in the Conference was a decent club, one with history in the Football League, so it would’ve been a real positive one.

“We need to see him playing in England to get a reputation, to get a League Two loan for this season, so that he’s ready for the summer, to compete with us the following year.

“That’s the long-term plan for Oisin. That was always the plan for him, but with the injuries we’ve had, one or two situations have occurred to stall that.”