Oxford United endured a quiet deadline day to round off what some may describe as a frustrating summer transfer window.

Elsewhere, the U’s kicked off their Football League Trophy campaign with a comfortable win and Karl Robinson’s side picked up three points in the league.

BREAKING: #oufc complete the signing of Lazio right back Djavan Anderson, subject to a work permit.

The 27-year-old joins for an undisclosed fee on a one-year deal, with the option of an extra 12 months. Full story:https://t.co/q6DwftkA71 pic.twitter.com/lVjoA51Jp6

Ahead of transfer deadline day, Oxford United eyed up a move for Everton youngster, Tom Cannon, according to Alan Nixon.

The 19-year-old striker has impressed for the Toffees’ U21 side, scoring four goals and adding an assist from three Premier League 2 matches this season.

Cannon has notched 43 goals and 12 assists from 84 appearances in all competitions for Everton’s youth sides but is yet to make his first team debut, despite training with the senior side ahead of their Premier League clash against Brentford.

The U’s breezed past Leyton Orient in the opening match of this season’s Football League Trophy.

Deadline Day: One Addition, One Rumour and No Departures

Oxford United had a relatively quiet transfer deadline day. It began with the club being linked to Queens Park Rangers striker Macauley Bonne, but nothing came of it ahead of the 11pm cutoff.

However, the U’s did make one new addition with the arrival of right-back, Djavan Anderson. The 27-year-old joined the U’s for an undisclosed fee on a one-year deal and it’s a position that Oxford needed cover.

Despite being made available for loan, Jodi Jones and Oisin Smyth will stay at the club, who also managed to end the window without any major departures. 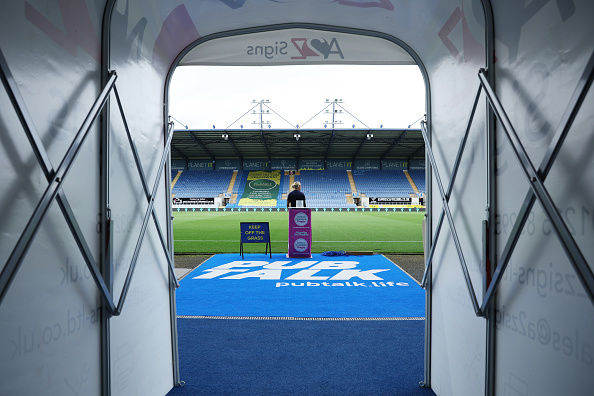 The 17-year-old, who has made five senior appearances for the U’s, impressed in a recent performance against Crystal Palace, where he played just over an hour.

Johnson, who has captained United’s youth team this season, said: “It’s a dream come true for me, becoming a professional footballer.

“It is all I ever wanted to do and I want to thank everyone who has helped me get to this stage, especially my parents, my family and friends, and the coaches who have worked with me.

“That work won’t stop now, I will carry on pushing myself and hopefully get more chances in the first team.”

Robinson added: “Josh is a terrific prospect. He listens to the right people, he works at his game and he loves playing football.

“He can play the holding role or further forward, he is good on the ball and he is another young player we think the world of here.”

Further Injuries Ahead of Burton Clash

Left back Steve Seddon and striker Matty Taylor have been added to the injury list for Oxford.

Taylor, who opened his account against Leyton Orient, will be out for up to a month with a groin strain while Seddon is struggling with an ankle injury.

Speaking to the Oxford Mail, the U’s boss said: “He (Taylor) had a shot in the second half with his left foot and felt his groin, he thought it wasn’t too bad so he carried on.”

However, Oxford did welcome back Marcus Browne, who came on as a second-half substitute.

“Sometimes you have to celebrate horrible wins."

Win Over the Brewers

Second-half goals from Brannagan and Joseph put the U’s in control but a late strike from the Brewers made it a nervy finale.

The U’s held on and moved up to 11th in the League One table.