Tottenham Hotspur’s Europa Conference League exit is a disappointing blow for the Lilywhites.

UEFA announced this morning that Rennes have been given a 3-0 victory by default since Spurs have now conceded the game.

Spurs struggled in their group but were denied the opportunity to fight for a place in the knock-out stages. With the club now gathering form and style under Conte, this could have been a great chance of winning some silverware. Not all hope is lost.

Another Season Without a Trophy?

Spurs are already out of Europe. But the club still have a quarter-final in the Carabao Cup to look forward to. They face rivals West Ham United who will no doubt be well up for the clash. Tottenham are already showing signs of progress under Conte. The players are fitter, more determined and playing in a well-structured yet exciting Conte set-up.

There is also a favourable tie against Morecambe in the FA Cup, on 9 January. But, after this, Spurs could well be wiped out of all other competitions except the Premier League. 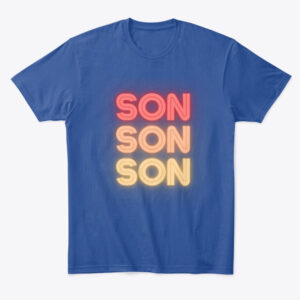 Winning something under Conte, such as the League or FA Cup would lift years of misery. But this is still a Spurs side that has buckled under the pressure time and time again.

Worst-case scenario? Tottenham won’t win anything again this year. It would hardly be surprising, but it doesn’t necessarily mean a bad season for the club. Again, Conte is taking the club back in the right direction. For the first time since Mourinho’s Tottenham decline, Spurs put together an impressive 90 minutes against Liverpool.

Usually, Tottenham have a decent couple of spells in a game, where Harry Kane or Son Heung-Min might grab a goal, before trying to defend the lead for the rest of the game. Under Conte things were different. Tottenham were taking the game to Liverpool, creating glorious chances throughout. It is a shame Son and Dele didn’t quite have their shooting boots on for the whole game.

But the quality of the performance reminds critics that this is a club capable of seriously competing for the top four. There are world-class players in the squad, and even the lesser players are being boosted by Conte’s cajoling.

Just think where Spurs could be in their second season under Conte!

No Europe, No Problem

While the Europa Conference League would have been another one of those ‘nice to win’ trophies, getting knocked out early on means Spurs have less strain on their schedule.

There won’t be a Conte vs Mourinho final in Tirana, but there will be more rest for the likes of Harry Kane. No crazy journeys across Europe in mid-week, either.

The focus now becomes on taking the Carabao Cup and FA Cup seriously. Without the distraction of Europe, there’s less excuse to field strong teams to compete properly.

Even if Spurs get dumped out of the cups, there is still the Premier League to focus on. Six points off Arsenal and with three games in hand, Tottenham are in a great position to make a challenge for a top-four finish, much better than last year’s finish of seventh. The club will be disappointed to be knocked out of Europe, but they can concentrate on getting back to the top level of European competition instead.