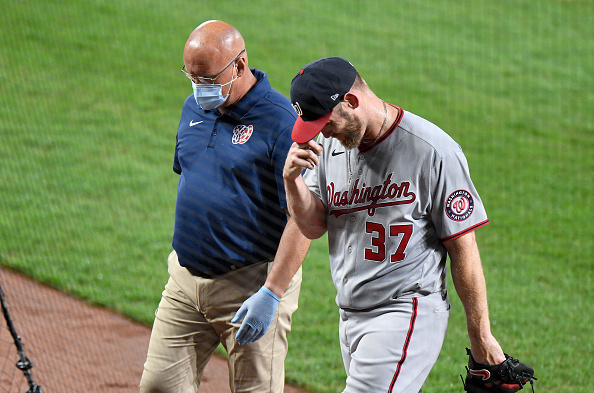 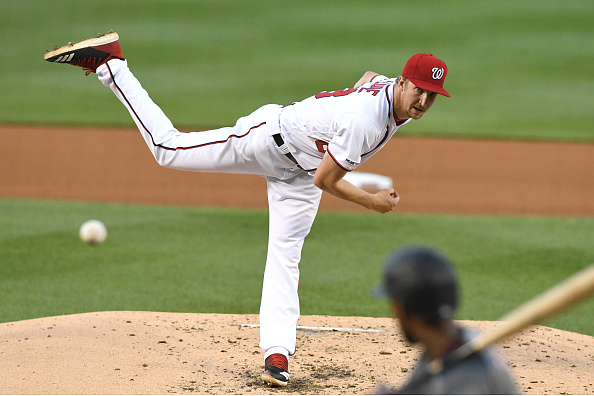 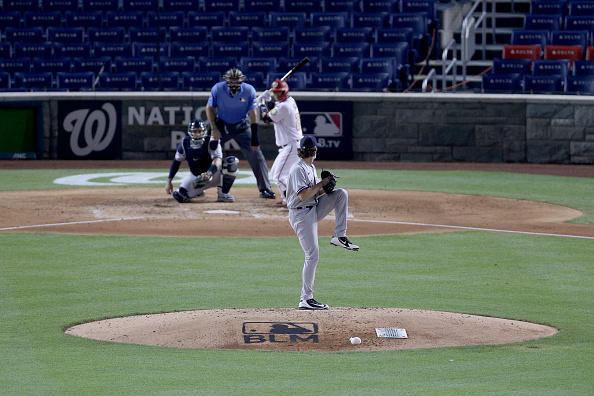 Yankees 4, Nationals 1 With no fans in the stands, the beautiful sounds of the pop of a mitt and crack of a bat were expected to amplify throughout MLB stadiums. However, it was booming sounds of thunder and loud cracks of lightning that echoed across Nationals Park Thursday night. Mother Nature ended the New […] READ MORE 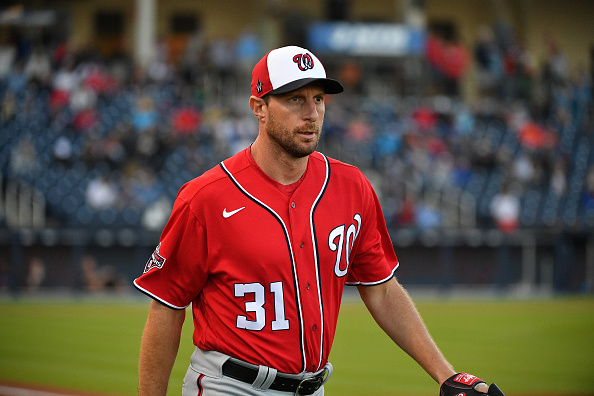 The abbreviated schedule for the 2020 season has yet to be finalized. However, it appears that one MLB Opening Day matchup is set. According to Joel Sherman and Andrew Marchand of the New York Post, MLB plans to open the season with the New York Yankees facing the Washington Nationals in the Washington DC on […] READ MORE 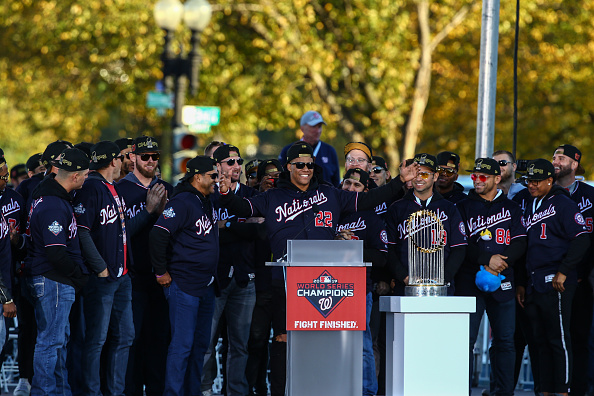 2019 World Series Champions On Sunday May, 24th, the Washington Nationals will hold a virtual ring ceremony. The ceremony will commemorate the team’s World Series championship from last season. The news, which was officially announced Tuesday, was first released on the team’s Twitter page. *ring* *ring* *ring* We’re calling to tell you we’re unveiling our […] READ MORE 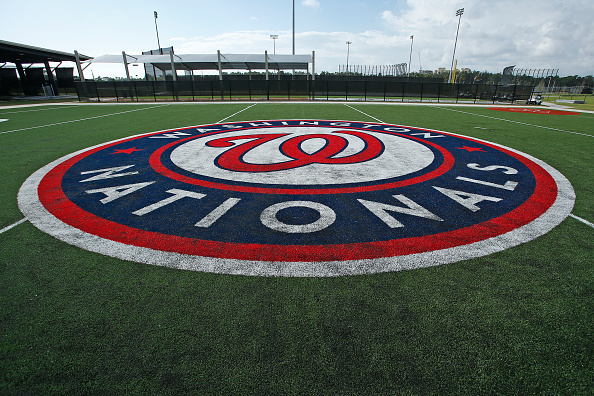 Although the start of the 2020 regular season has been delayed, and no baseball seems to be in the immediate future, Washington Nationals fans have many magical moments to look back on from the 2019 season. In a season where many fans clamored for major changes to the organization after a dismal 19-31 start, the […] READ MORE 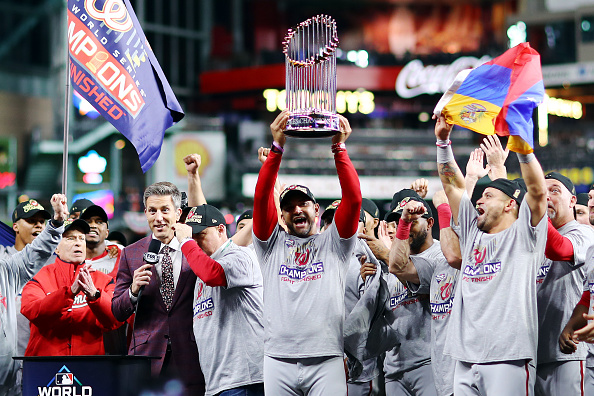 This past decade, the Washington Nationals transformed their identity from an up and coming team with hopes of reaching the next tier, to a perennial contender who are the World Series Champions. Entering the 2010s, the Nationals were coming off of two 103 loss seasons. However, there was a reason for optimism in the Nation’s […] READ MORE 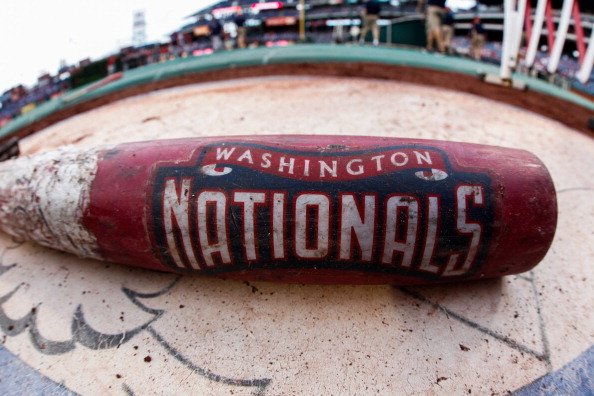 Two factors are important when analyzing a team’s pitching: starting rotation and bullpen. There was not a bigger discrepancy in a team’s performance last year between the two than the Washington Nationals. The starting rotation had the best ERA in baseball at 3.53 but the bullpen had the worst ERA at 5.66. This led manager […] READ MORE 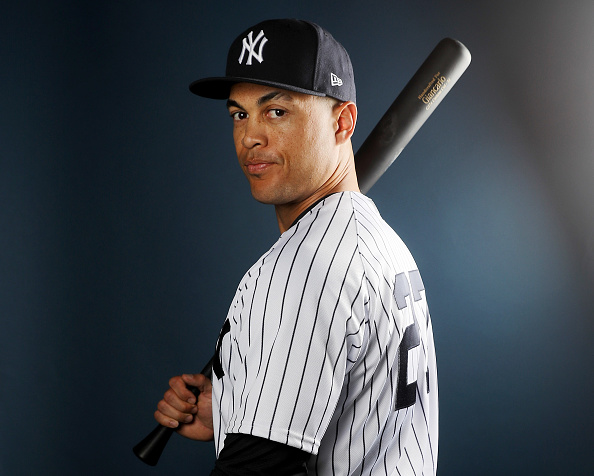 Giancarlo Stanton Leads New York Yankee’s Left Field Options The New York Yankees have an embarrassment of riches in the outfield heading into the 2020 season. The field is crowded with both experienced stars and players still trying to make a name for themselves. Aaron Judge has right field locked down, and Brett Gardner figures […] READ MORE 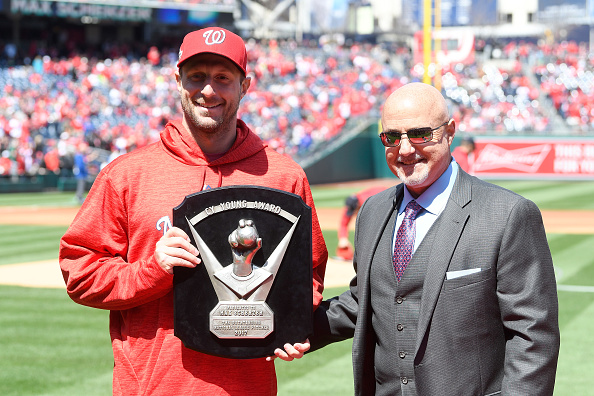 The finalists for the Cy Young Award were announced on Monday. The BBWAA has chosen the top three pitchers from both the AL and the NL, but only one from each league will be be awarded the Cy Young for 2019. Here are the finalists. National League Jacob deGrom of the New York Mets is […] READ MORE