The San Diego Strike Force are moving from the blue-and-white.

It was announced a short time ago that the team would be re-designing it’s look after the end of their 1-13 initial season in the Indoor Football League.

The jerseys were revealed a short time later and, on Wednesday afternoon, the full look was released to the public.

The team revealed new primary and secondary logos as well, that work amazingly with the jerseys and are themed around fighter pilots.

The full slate of logos can be found below, with the primary logo being on the left side.

The team also put out some new helmets that resemble the World War ll air crafts.

These were originally planned for the team’s first year in the IFL, however were never used on the field during the 2019 season.

The new look features three different helmets with the home and alternate lids resembling the planes and the away ones containing the team’s secondary ‘SD’ logo. 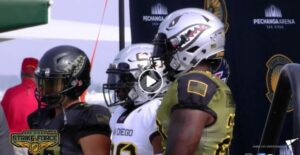 The jerseys that the team will be using can be seen below, with Flight Suit home uniform, the interceptor white road uniform, and the stealth look for the alternates. 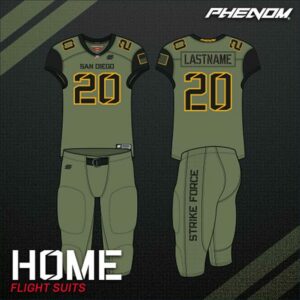 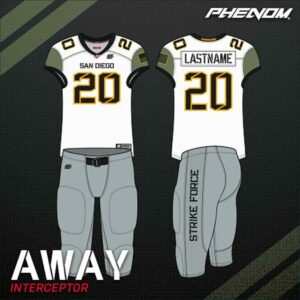 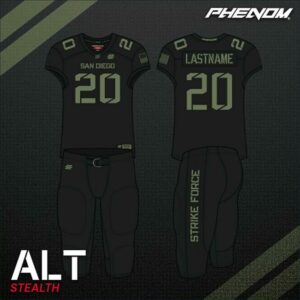 The meetings are usually held in Las Vegas, and while it doesn’t really have much barring on what goes on there, a change is still being made.

The 2020 IFL season will kick off in February, but the schedule will likely not be out until November.

You can keep up with all of our indoor football coverage by following LWOS Indoor Football on social media. All of the links to our Facebook, Twitter, and Instagram can be reached by clicking on the respective sites here.