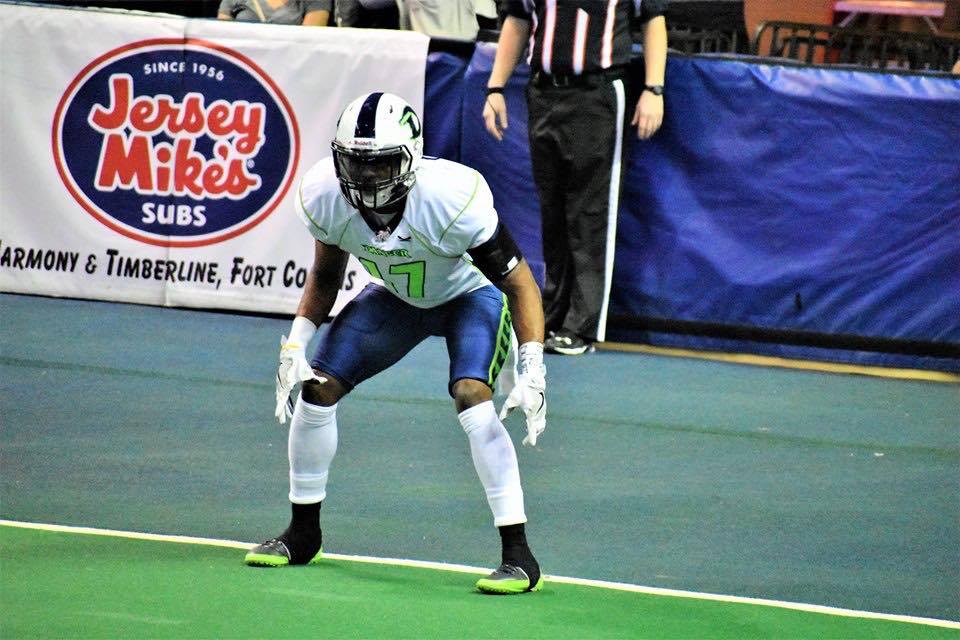 He hasn’t played in a game since 2017, but California native Omar Cook has signed to play once again.

The defensive back will be suiting up for the San Diego Strike Force for the remainder of the 2019 season.

Cook has been residing in his home state of California, helping out with the development of Madden NFL video games.

He didn’t know he’d come back to play football, but because of it, Cook has stayed in shape.

Cook was recruited to the team by offensive coordinator Taylor Genuser who played with the defensive back when the pair were with the Billings Wolves in 2015.

Genuser’s offense this season is averaging 47.0 points per game so far.

“[Genuser’s] my guy,” Cook said. “They were looking to get some new DB’s in there, and I was right here.”

Cook participated in his first practice with the team on Tuesday, looking to bring some experience in to the defensive core.

The Strike Force have a plethora of young talent and could use the experience to try and turn around a rough start to the year.

The team has gone 0-3 in the first four weeks of the season and will have a long road to try and reach the playoffs. Though, that remains the goal.

“We’ve got some talented guys,” Cook said. “I know on defense they were trying to get some things together and get some experience in here. That’s my role.”

One of those talented players leads the offense from the quarterback position on Derrick Bernard, who played with in Grand Island as well.

Both that and the proximity to home played big roles in bringing the stout defensive back to the Strike Force.

Now, we’ll see how much the move pays off.