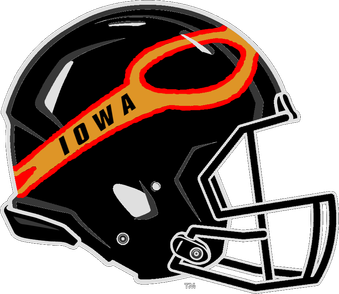 The Iowa Barnstormers traveled to Sioux Falls on Monday Night to take on the Storm. They would wind up falling 70-13. Despite the blowout loss, there is no room for panic in Des Moines. The Barnstormers will be just fine

Iowa Barnstormers Will Be Fine

Coach Dixie Wooten tweeted this after the game.

We got our asses handed to us. The thing about it, its one game. We have to go to the basics and be better next week. In for the long run!

Wooten is right. It is just one game. If the team lost by a single touchdown, it would still count as the same. There’s still plenty of football left to be played, and the Barnstormers have an easy road ahead of them.

That’s about the only positive a team can take from a 57-point loss.

Now, the general reaction of such a big loss will not be pretty. Fans that see that score won’t think the Barnstormers have any realistic shot to make the playoffs.

But, the Barnstormers will be alright.

Iowa showed what it could do this season when they became the first team to knock off Arizona in it’s home opener since 2010.

They followed it up with a road win against the Green Bay Blizzard that moved them to two wins in their four-game opening season road trip.

The Iowa Barnstormers showed they can compete, and it’s not easy to see that trend continue for the team, who will be playing some lesser competition over the next few weeks.

Their next game will be their home opener against the winless Cedar Rapids Titans. The one after pins them against a Green Bay Blizzard team they have already beaten. That would be two more games in the win column as Iowa pushes for the playoffs.

Not to mention the team’s next three games, and eight of the last 12 at home.

At the end of the day, a 57-point win is one of the worst things that can happen, but Iowa will be alright.