Although 22-year-old Dominic Thiem made a clear statement during the French Open that the young guns will soon enough break through and grasp the top rankings, the world of tennis is once again bound to witness another Grand Slam final between well-seasoned players such as Novak Djokovic and Andy Murray, both fighting for their first career Roland Garros crown.

Throughout tennis history, the success of young players has always been the sports showcase. There were times when a 17-year-old Mats Wilander won the 1982 French Open, a teenage Boris Becker took the 1985 Wimbledon Championship, young American Michael Chang, 17, won the 1989 Roland Garros, Rafael Nadal triumphed in Paris in 2005 before his 20th birthday, and the list goes on.

However, in recent years, professional tennis has skewed older. Just with the examples of 34-year-old Roger Federer still ranked third in the world and players like Radek Stepanek, who at 37 years old steered Murray to a fifth set in the first round of the French Open, proves that tennis is no longer a short career.

Why 30 is the New 25 in Professional Tennis 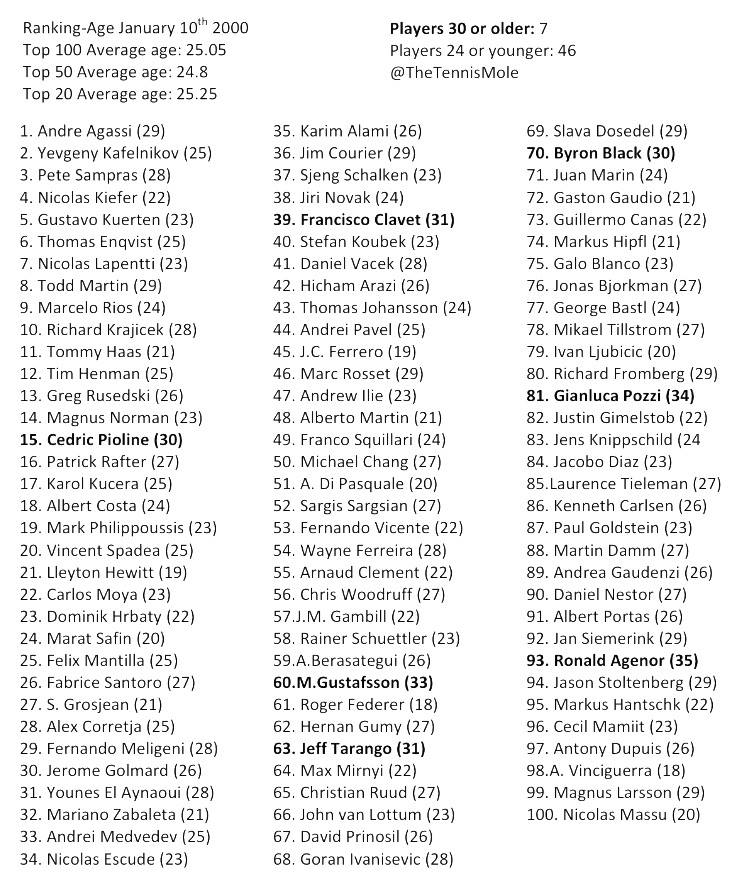 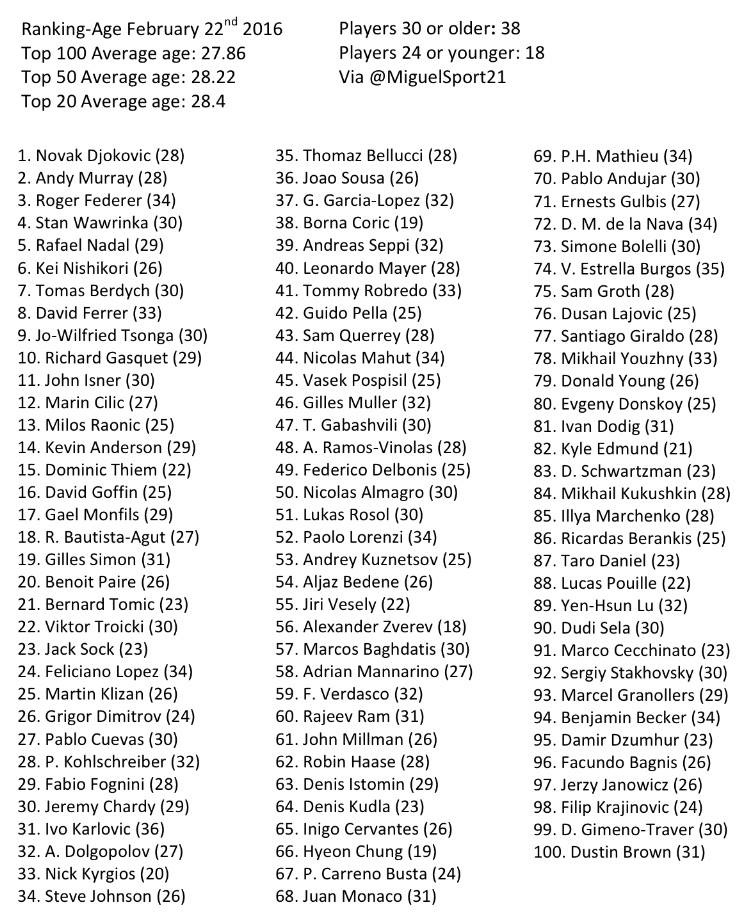 In an exclusive interview with Richard Gonzalez, representative and lecturer for the International Tennis Federation (ITF) and also a renowned professional fitness coach of world class athletes, he underlined what he believes has led to an aged professional tennis tour.

“Studies have shown that the time of development for any player to successfully break into the ATP top 100 lasts around five years.

“The most relevant age gap to achieve it is between the ages of 24 and 29.

“Two elements have changed dramatically in recent years. First of all, it’s no secret that physical conditioning has massively improved, making workouts more efficient and less time-consuming, helping players to maintain their body in mint condition and far away from overloading.

“Added to that, what I find important and relevant, is the level of care every player invests in their bodies. Now a lot of them travel with a physiotherapist that keeps them sharp; healthy diets and dietary supplements have become essential in an athlete’s lifestyle. Players are now more aware and careful when it comes to preventing injuries, using valuable tools like stretching, yoga, swimming and many other means. 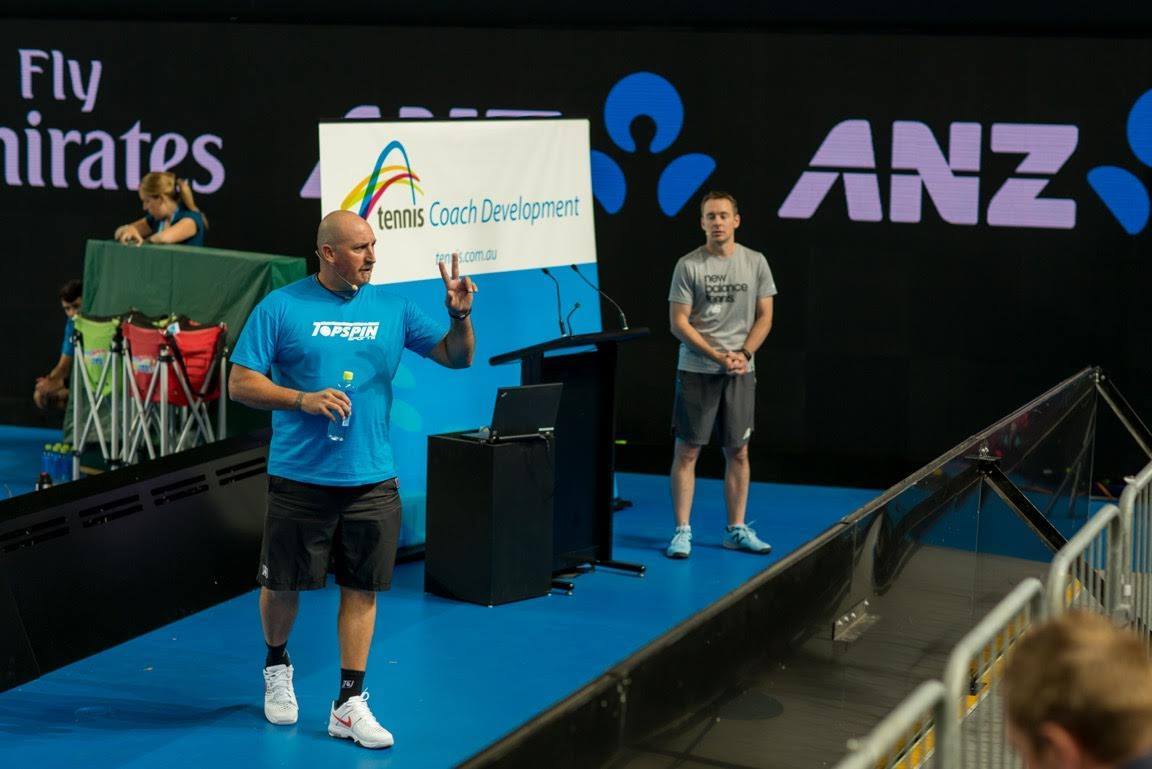 “But in my opinion, the primary element that has changed in tennis is based more on a statistical point of view; tennis has become a less demanding sport.

“During a match, points last between four to 10 seconds with a 20-second pause between each point.

“The amount of time that is actually played during a full match is only about 20% to 30% of the total game time.

To put this into perspective, the 2016 French Open semifinal between Murray and Stan Wawrinka lasted two hours and 35 minutes; if we narrow it down to the total of 30% of real playing time, it comes to approximately 60 minutes where players are physically engaging on the court.

“The average distance a tennis player runs during a match is around three metres per stroke, averaging 8-15 metres per point and running a moderate 700 to 800 metres per set.

A football (soccer) player, depending on the tactic employed by the manager, will cover about 10-11 km in 90 mins while tennis players, even during a five-set match, will run approximately 4200 meters in a four-hour match.

“Additionally, if we have a look at some of the 2015 US Open official statistics, you will see that 25% of the points were based on a total of three shots per point: serve, return, plus one ground stroke.

“Another 24% of the points were based on a four-stroke total: a serve, a return, plus two grounds strokes.

“Then there was 25% of the points made out of five shots: a serve, a return, plus three groundstrokes.”

“This means that almost 75% of tennis matches during the 2015 US Open, was essentially summed up in a serve, a return and two groundstrokes.

“Meaning tennis has become a very fast sport that evolved into a clear pattern: two initial strokes per point (serve and return) with three or four groundstrokes.

“If you add everything up, tennis is not looking that demanding after all.

“So from a physical point of view, it’s easy to say that a 30-year-old professional athlete, who is fully trained and careful with his body, will be able to withstand this type of physical demand with no major issues.

“And what everyone must understand it has been scientifically proven that an average person, not only tennis players, reaches his peak physical performance between the ages of 27-29.”

A great example is 27th in the world Pablo Cuevas, who at the beginning of the season had only won three ATP titles during his 11-year career, but in 2016 at the age of 30, the Uruguayan is having one of his best seasons to date as he has already conquered two titles, Sao Paolo and Rio de Janeiro. 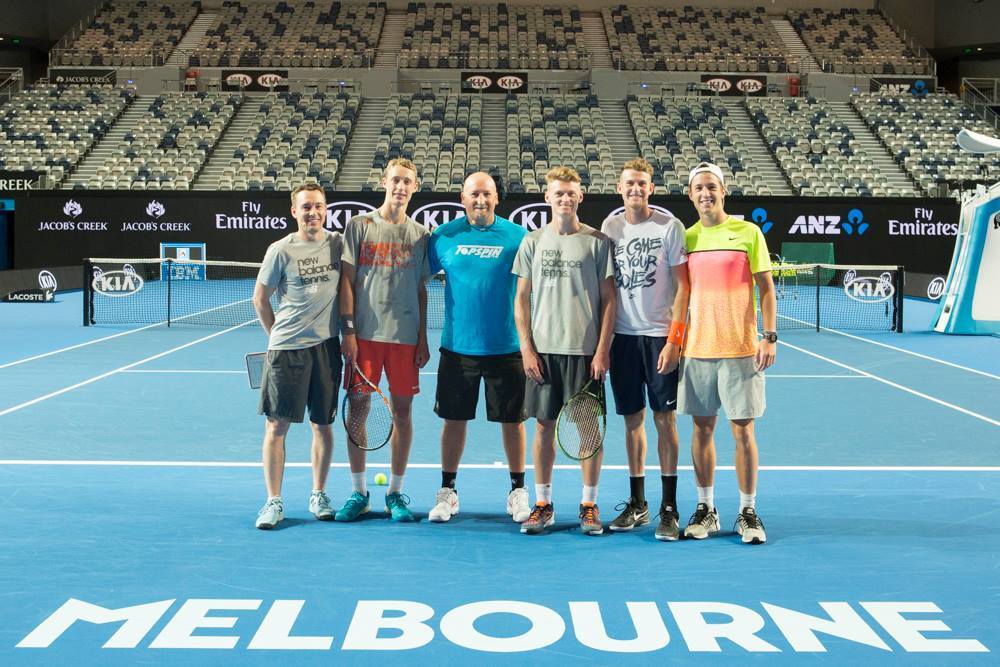 The average point length in professional tennis has decreased considerably.

93% of all tennis points are less than 14 seconds, with 20 seconds between each point and players are allowed to rest 90 seconds every two games they play.

Taking into account average point durations and rest periods, players can expect to rest for 2.3-3.2 seconds for every second of work.

However, surface type is a relevant factor that must be taken into consideration.

The French Open clay courts, which are bound to be the slowest and heaviest type of court to play in, will promote longer rallies from the baseline, unlike fast hard surfaces such as the US Open or Wimbledon’s grass courts, which will make for much shorter points.

Also, the different playing style of players is a factor that influences point length.

Aggressive baseliners or servers and volleyers will look to play shorter points, as they pound the ball in search for winners or quickly attack the net, whereas conservative baseliners are more defensive seeking to force longer rallies.

Nonetheless, Gonzalez also states that tennis has grown far more competitive in the lower tiers of the game, prolonging the development process up to six to seven years:

“We can’t forget how hard and challenging the lower layers of the game has become for new coming players.

“The Future and Challenger level circuits transformed into an arduous and longer process due to the enormous amount of players trying to break through into the top level.

“The amount of competitiveness in those tournaments is utterly ferocious.

“So when a player survives, and that’s how I call it to survive, making it out of the lower tiers of the game, they have already gone through a long and laborious process that in the end becomes the ATP’s filter so that only the best can make it within the top 100 in the world.

“However, then comes the new and most difficult task, trying to stay within the top 100 for a significant period.”

Writer’s note: The reader must remember that this analysis is from a statistical and physical point of view that will help understand why professional tennis has developed to be a longer career.

Even though the stats might suggest that tennis is no longer demanding, I consider that the amount of work tennis players endure during the season alongside stressful situations is much deeper than any team sport.

For example, football (soccer) clubs play two times a week at the most and all players are under contract, meaning they will get paid even if they don’t perform as expected or if an injury keeps them away from the pitches.

However, tennis players are bound to win, because if they don’t, they can’t make a living; there are no guarantees in tennis, and if an injury occurs, their career is put to a halt.

A tennis player is always haunted by the anxiety of failure, because even when you win a tournament, the immediate thought is, how am I going to defend these points next year?

On the other hand, tactically I sum up tennis as a football team gathered in an individual: a tennis player has to have a strong defence, an effective midfield, and strikers able to hit the final blow while at the same time thinking like a manager, carefully elaborating the next move for the following point, time and time again.

If only one of these elements are missing within a tennis player, the probabilities of failure are very high.

Enjoy what you read? Check out all of LWOS’ complete coverage of the 2016 French Open.