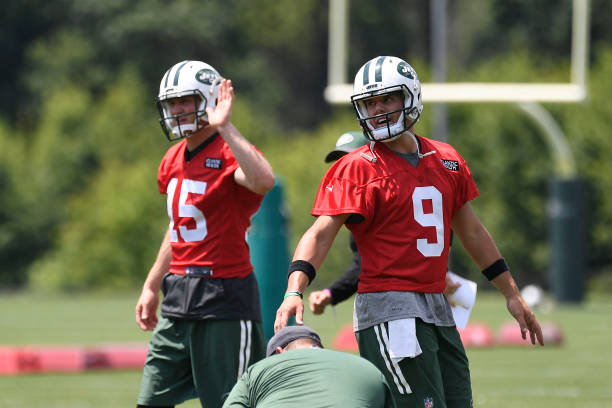 Josh McCown is slated to be the opening week starter for the Jets. Todd Bowles all but cinched it, but it's a huge mistake. READ MORE

Now that the Super Bowl has been played and free agency is approaching in a few weeks, the Last Word On Sports NFL department will be looking at the top three needs for each team. Today, the Cleveland Browns are the focus. The Browns have the second pick in the 2016 NFL Draft and a […] READ MORE

Sean, Gary, and Randy do a game by game NFL Week 12 Recap, a post-game for MNF, and discuss the last proper week of College Football. READ MORE

The Cleveland Browns (2-8) will start Johnny Manziel for the rest of the season, head coach Mike Pettine announced on Tuesday. READ MORE

It's starting to become widely accepted that Johnny Manziel will be starting Sunday for the Cleveland Browns against the Pittsburgh Steelers. READ MORE

Not only might Johnny Manziel be the starting quarterback next week when the Cleveland Browns (2-5) host the Arizona Cardinals (4-2), but he apparently has an interview scheduled with the NFL as well. The league is investigating the domestic incident that occurred on October 12, between Manziel and his girlfriend Colleen Crowley. Johnny Manziel Has Interview Scheduled With The NFL According to the Northeast Ohio Media […] READ MORE

When looking at the match-up between the Browns at Rams it most certainly is lacking in sex appear. These are two teams meeting at a crossroads, and it may go a long way into determining which path each will take to close the season. The Browns are a team fresh off of a devastating loss, though they […] READ MORE

Here are some NFL players to add off the fantasy waiver wire that could help your team. READ MORE

In his third career start, Johnny Manziel was able to lead the Cleveland Browns to victory, throwing two touchdown passes in a 28-14 win over the Titans. READ MORE