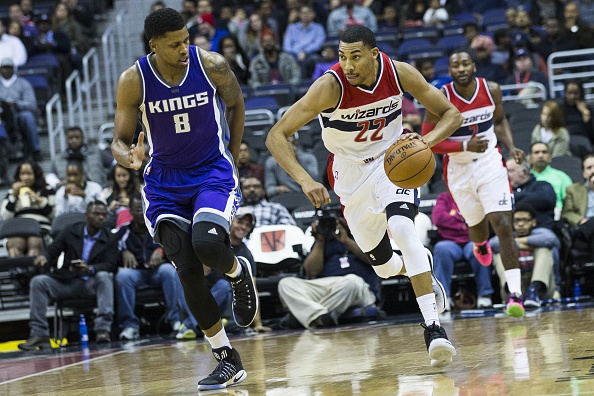 The Wizards' home winning streak might be over, but they have plenty to be excited about - especially the play of Otto Porter Jr. READ MORE

This article features a list of the NBA top players, starting with players 11 to 20. The list is based on their production in the 2015-2016 season READ MORE

University of Kentucky, also known as Big Blue Nation, has produced a handful of quality players over the years. In the summer of 2015 Kentucky became the first school with three number one picks in the Common Draft Era. Two of those three picks include All-Stars Anthony Davis and John Wall, while the third one being the dynamic rookie, […] READ MORE

A lot has happened since the original 2010 draft. After analyzing each player's career, this 2010 NBA redraft is how the draft should've panned out. READ MORE

As the season approaches the end of its first quarter, let's take a look at four teams who made the playoffs last season, but are currently struggling. READ MORE

The Washington Wizards will be the second best team in the Eastern Conference. Sure, it sounds like a bold statement, but the truth is that outside of the Cavaliers, the East is wide open and there for the taking. This year, the Wizards will be able to build off of a tremendous playoff run last […] READ MORE

John Wall's injury and how it hurts the Washington Wizards in the Eastern Conference Semifinals series against the Atlanta Hawks. READ MORE

The Washington Wizards are fresh off of a sweep of the Atlantic Division champion Toronto Raptors, a series in which the Wizards dominated just about every facet of the game. Everything was clicking for Washington: John Wall played like a superstar, Bradley Beal revealed his explosiveness, and Paul Pierce once again proved that he is […] READ MORE

The Washington Wizards are having a great season. John Wall has taken another step to stardom, and has led the Wizards to one of the best records in the Eastern Conference. But lately, the Wizards have taken a turn for the worst. They are 2-7 in their last nine games and are currently on a […] READ MORE

This Christmas Day there will be two feasts in most households, food and basketball. NBA Christmas Day basketball has been a tradition for many years now. This year on the 25th there will be five top class games in the NBA. While there have always been great games on Christmas day, this year’s set of […] READ MORE