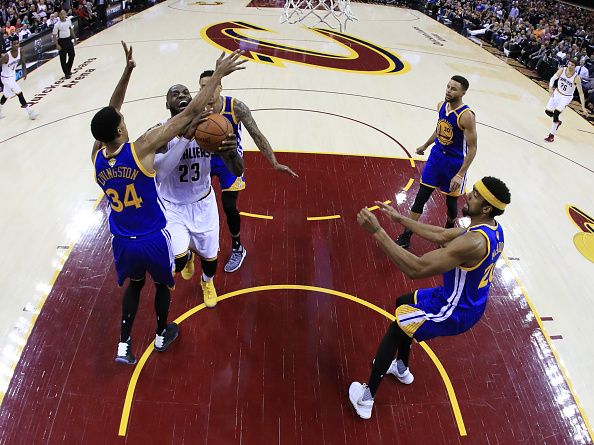 Phil Jackson has done some good and some bad since arriving in 2014. Grading Phil Jackson's tenure with the Knicks is not as easy as a pass or fail. READ MORE

Well over a week into the latest NBA season, topics of interest have begun to take center stage throughout the league, such as the Warriors and Stephen Curry’s very hot start, as well as the predominating competition inside the Western Conference in general. What people rarely talk about, despite it being a topic of vast […] READ MORE

Four months ago, the Cleveland Cavalier’s offseason experiment with Kevin Love was beginning to look like a failure, with the possibility of winning a title diminishing right before their eyes. Today, four months later, the Cavs have re-invented themselves and are now heading towards a possible NBA title come playoff time, playing extremely quality basketball […] READ MORE

Yesterday the Cleveland Cavaliers confirmed the acquisition of Russian center Timofey Mozgov. The move will see the Cavaliers send two first round picks to the Denver Nuggets. Mozgov, who stands at 7-foot-1, is the type of interior player that a struggling Cleveland team really needs, especially after the season-ending injury recently suffered by starting center […] READ MORE

At 5-32, the New York Knicks, whose season is basically over, shipped off J.R. Smith and Iman Shumpert to the Cavaliers in a three-team trade, in an attempt to open up cap space for the future, and received Lou Amundson, Alex Kirk, and the second-round pick in 2019, from Cleveland, and Lance Thomas from Oklahoma […] READ MORE

Once upon a time during an NBA all-star weekend, quite like the one we are having currently, Denver Nuggets sophomore Kenneth Faried scored forty points in the Rising Stars Game. He earned the honorary MVP award, and also grabbed ten rebounds. Among other young talents including Kyrie Irving, Kawhi Leonard, and Derrick Williams, he looked […] READ MORE

The NBA gives out a ton of post season awards, which includes all individual ones as well as selecting the all-NBA teams. In continuing with my win prediction pieces from yesterday, I am going to try and pick all of these before I have watched any games. I will start it off with the major […] READ MORE

It’s the last week of October: a time of pumpkin-flavored, Halloween-frenzied bliss punctuated with vivid fall colors and even more vivid piles of leaves going un-raked on your front lawn. However, most importantly of all, for me and fellow hoops fanatics everywhere, it means that the tip-off to another season is nearly upon us. Instead […] READ MORE

A joint article with LWOS’ Ben Kerr. With the Celtics dismantling their starting five, Chauncey heading back to the Motor City, and World Peace heading home to the Garden, is it too soon to make predictions on what the playoffs could potentially look like? Owners are broke, big names signed, and any trade made at […] READ MORE