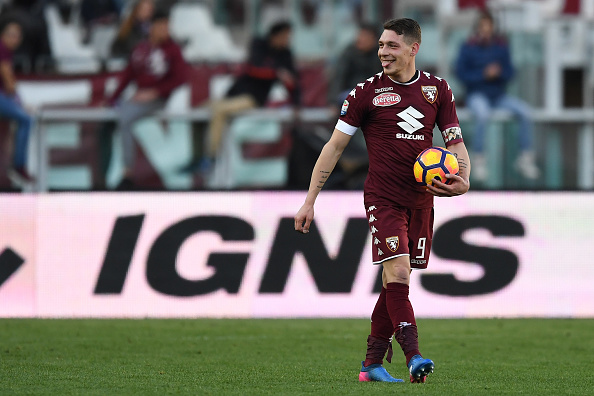 The Serie A title race seems like it’s going to be won by Juventus again, with the Bianconeri holding an eight-point lead at the top of the table over second-placed Roma and a ten-point lead over third-placed Napoli with nine games left to play. Massimiliano Allegri’s men have been in imperial form once again this […] READ MORE

(Editorial) – Michael Bradley has long been a name on the team sheet that people expect to be at every tournament and every friendly match, but he shouldn’t be so safe when the USMNT makes their roster decisions. Over the period of the last few years, during the time he went from AS Roma in […] READ MORE

The final day of the Football League season in England saw only two gunners feature and none of them playing in England. Following a trend that has been ongoing in the later stages of the season, Arsenal loanees in the Football League Championship have found playing time hard to come by. Only Wojciech Szczesny, playing in Serie A, and Mathieu Debuchy, in Ligue 1, made appearances. READ MORE

(Editorial) – With the rapid expansion of the U.S. Soccer landscape at all levels, competition is increasing. As clubs continue to grow their infrastructure, those with less capital available need to look for creative ways to grow and push the envelope. Saint Louis FC has done just that through youth academy affiliations with AS Roma […] READ MORE

The interim coach who took over from Zdeněk Zeman in 2013, Aurelio Andreazzoli, has been the long-serving technique coach of AS Roma. Now, he’s back in a full capacity as an Assistant to Luciano Spalletti, in charge of shaping up the defensive line. The return of another beloved familiar face A fellow Tuscan like Luciano Spalletti, […] READ MORE

Luciano Spalletti had himself a handful this past week; a tough defeat at the hands of Real Madrid, news that Daniele De Rossi would be out for three weeks, which was followed by an explosive interview from his captain, Francesco Totti, that implicated Spalletti as being disrespectful towards him. Totti has only featured in cameo […] READ MORE

Roma vs Real Madrid: Past and present This Wednesday, Real Madrid travel to Rome to take on AS Roma in the first leg of their Round of Sixteen encounter against the Giallorossi — how will Roma fare against the Spanish royalty? Unfortunately for Roma, much of the sporting world believes that they will ultimately fail in […] READ MORE

It is official – the Rudi Garcia era is over and the second Luciano Spalletti era has begun. The ever-popular Tuscan returns to the capital with the club in a much better state than when he left it in 2009. Though the brand as a whole may be on the rise, the team is yearning […] READ MORE

In the coming days AS Roma will reportedly sign their first transfer target of 2016, an Argentine winger by the name of Diego Perotti – but just who is he? Born in Moreno, a suburb of Buenos Aires, he made his first steps into European football with Sevilla’s B side back in 2007. His hard […] READ MORE