Feature — Christy Holly has been in the National Women’s Soccer League before, but not like this. This time around, the experience is a completely different journey. He’s not walking into a team that has a roster and full staff already.

No, this time, Holly gets to build a roster and staff.

Racing Louisville FC will enter the NWSL next season, in what fans over the world in all sports will hope to be a normal year. However, the preparation ahead of the introduction of the Kentucky-based club is anything but normal. There isn’t a “regular-season” for Holly to scout players. Instead, he’s relying on a tournament and a slate of friendlies through the NWSL Challenge Cup and Fall Series, respectively.

This season is already unusual. Now, Holly has to find a way to build a new club out of it.

In an exclusive interview with Last Word on Soccer, Holly said he’s up for the challenge.

“We as an organization are excited to build something that is Louisville, every demographic of Louisville,” Holly said. “There’s a lot of turbulent things happening and sports can be a great outlet and a great positive factor for communities. We want to build something here that the city and state are proud of. We want to give a great platform for the top athletes in this country.”

Holly said that he’s been paying close attention to the Challenge Cup and now the Fall Series. He’s taking notes on players that he’ll look to draft in the Expansion Draft. There is no set date or rules laid out for Louisville yet, though.

He also credited players who participated in the competitions and respected those that opted out due to COVID-19 concerns.

“It’s almost like a shopping spree. You’re trying to fill up what you need,” Holly said. “You write your notes down and figure out what’s the best fit for what you need. Full credit to the NWSL for pulling together the Challenge Cup. What a spectacle it was. A credit to the players who participated it.”

Holly said that, when scouting players, he’s already planning for conversations with coaches and general managers around the league.

“For me, I’m on a selfish, greedy basis, when finding players,” he said. “I’m grateful I get to watch these games. I get to look at the players who I think we need. That will lead to different conversations with various clubs.” 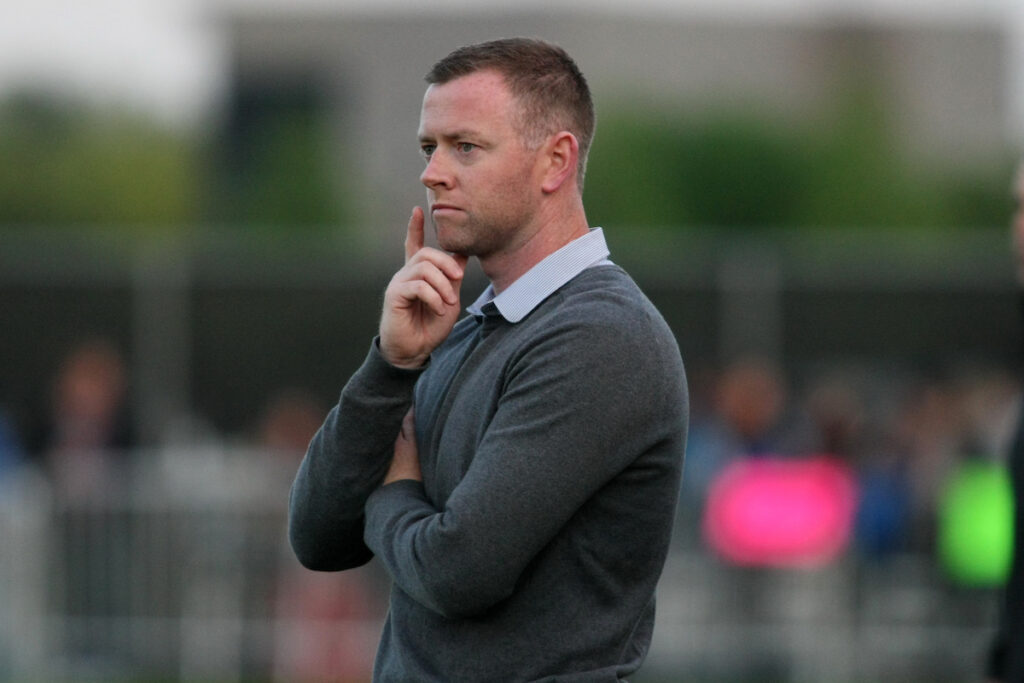 New rules this time around for Christy Holly

Another new aspect for Holly to work with? Allocation money.

The NWSL began allowing clubs to use up to $300,000 in allocation money this season. Some clubs have used it to sign international players, while others have offered pay increases to players already in the United States. For example, the Houston Dash used allocation money to sign Rachel Daly, an English international.

Holly acknowledged the money and said it will be utilized when “we find the right player.”

“The temptation is to spend it right away and get it off your hands, get the most exciting player you can bring in,” Holly explained. “There’s a level of analytics to see what every player brings to the table. I think we’ll use our allocation money. Whether it’s through wages or transfers, or in Europe, that’ll be determined.”

Holly is looking across the globe for players to bring to Louisville, but is keeping a sharp eye on the NWSL and the collegiate game. This year, another roadblock could be in the way for Racing Louisville. With the NCAA having some conferences play and others skipping the fall season, an extra year of eligibility has been granted to athletes in fall sports.

That means there could be some players that might remain in college instead of jumping to the NWSL. However, another rule that didn’t exist when Holly was head coach of Sky Blue FC from 2016-17 was players in college being allowed to enter the NWSL College Draft early.

“It’s great to see a lot of young players coming through,” Holly said. “I think my history shows that I will put trust in the older players, if I feel they have the right mentality, I’ll do that. However, there’s a lot of fantastic, young talent that’s already in the league and that will come into the league.”

Very humbled and proud to be part of an amazing organization. Extremely appreciative of the supportive messages and excited to build something special for the city and state!

As mentioned, players in college have a few different options.

However, Holly is confident in his drafting abilities. He was the one who picked out Raquel Rodriguez, a Costa Rican international, for Sky Blue.

“I think the two drafts I had, I maybe had 10 players drafted and all players got a contract with me,” Holly said. “That was because I feel that there are very talented players within the college game that can come in and impact the league. We have to make that transition as smooth and seamless as possible. They can certainly contribute. What will 2021 look like when it comes to draft day? I don’t have an answer.”

“We can plan accordingly, do our homework and look at the players that are actually playing — ACC, SEC and the Big 12 — and we can learn as much as we can about those players.”

Holly, in addition to the NWSL and college game, has eyes overseas, too.

Plenty of big-name players have left the NWSL for the FA WSL in England, and other European countries. Holly isn’t just scouting Americans abroad, though. He’s looking at the talent in Europe and making notes with his staff. However, he doesn’t think the NWSL is in danger with having some players venture to Europe.

“Listen, is it exciting to see our big names leave and go over there? No. Am I concerned about it long-term? No,” Holly said. “It’s a warning shot to say we need to do more for these players. We’re blessed to have so many incredible, talented athletes over here. We need to offer them the environment, league that they want to be here. We need to give them what they need… As a league, we do have to acknowledge what has happened. Maybe it’s a great warning shot to say we need to do more and provide better on every single level for these players.”

Holly believes that many players testing out Europe will be back in the NWSL, though.

“Truthfully, I hope they’ll be back ,and I think they’ll be back,” Holly said. “That’s up to us as a club. When I look at what has been done in Louisville, with the training facilities, stadium and living arrangements, it makes me proud to be part of that. I’ve had different experiences in the past. I want to use this as a platform to provide players with better opportunities.”

Christy Holly: Expansion is huge for the NWSL

There is plenty of excitement in the NWSL, said Holly.

He’s especially proud to be part of history as the first Racing Louisville head coach. He and the front office of the club — and its USL counterpart Louisville City FC — have it it off. Now, it’s time to start building and creating a team that will succeed and be a focal point for Louisville.

“You’ve seen the struggles, the hiccups and the roadblocks, but there’s a lot of great players that are driving this,” Holly said. “We have to be part of that, encourage it and push it forward our selves. Going into 2021, it’ll be 10 teams and then maybe 12 teams after that. You’re trying to strategically grow this and get the younger generation to support it. Hopefully any young player will have a pathway to get them to a team in the NWSL.”

“It’s encouraging to see more and more teams and cities wanting to get behind this.”

Holly is building behind the scenes, but he can’t wait for the first match at Lynn Family Stadium.

“There’s a good energy and direction here in the building,” he said. “For me, it’s very exciting.”

Head Coach @christyeholly ran a special training session with some of our Academy players this afternoon at Lynn Family Stadium. pic.twitter.com/LXOOh6t7mJ