SmackDown and Raw enter their names into the history of WarGames on Saturday night as WWE’s main roster topples the double-ringed cage for the first time ever at Survivor Series WarGames. With two WarGames matches set with one seeing the feud between Bianca Belair and DAMAGE CTRL coming to a final blow and The Bloodline looking to defend the “Island of Relevancy” once more, there’s no doubt this should be one of the most memorable Survivor Series events of all time. Here’s a look at the Survivor Series WarGames card and the big matches.

Can Bianca Belair Get The Last Laugh Against DAMAGE CTRL?

Since the end of her match with Becky Lynch at SummerSlam, Bianca Belair has had to deal with Damage CTRL trying to get the best of her. It’s been nonstop attacks, multiple matches, and the inability to shake them off. Belair, despite all that, has been able to keep her Raw Women’s Championship away from Bayley by defending it on multiple occasions and now we seem to be on the road to the final battle between “The EST” and Bayley’s faction. As we enter the WarGames match for the first time on the main roster, this match features four competitors in Belair, Dakota Kai, Rhea Ripley, and IYO SKY who have all competed in WarGames before. That certainly gives Bayley’s team the advantage.

But on Friday Night SmackDown, Belair was able to pull out the ultimate wild card as “The Man” came back around looking for a fight. Becky Lynch became the fifth and final member, leaving the “Big Time Becks” moniker and realizing she is “The Man” once more. History will be made, war will be had, and the women could very well steal the show with this one.

Is The Bloodline’s Luck About To Run Out? 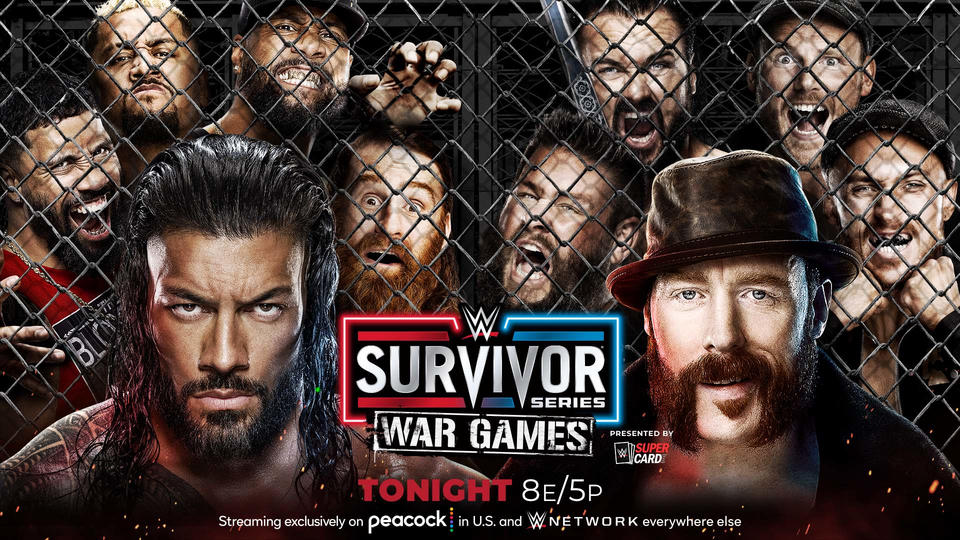 The Bloodline has stood tall over WWE for well over a year with Roman Reigns‘ dominance last much longer than that. The Undisputed WWE Universal Champion has been untouchable, unbeatable, and simply one of the very best since making his return to WWE at SummerSlam 2020. There have been no problems for him when it comes to dominance and many will agree that it’s due to The Bloodline’s commitment to their “Tribal Chief” that he’s managed to walk away with the championship time and time again. So what happens when there are no other options and they’re all included in the match? Well, that’s where the game changes.

Sheamus is on a collision course with “The Tribal Chief” and he has the right backup to help him get one over on Reigns and The Bloodline. The Brawling Brutes have become a formidable trio as their battles with Imperium have proven but when it comes to the big game, Sheamus was never able to take down Gunther. But the big game isn’t just Sheamus but rather his drinking buddies and two men who want payback against The Bloodline and most importantly Roman Reigns more than anyone — Drew McIntyre and Kevin Owens. There’s no doubt that McIntyre wants to kick the head off of Solo Sikoa after the bodyguard of The Bloodline cost McIntyre his championship match at Clash at the Castle and, well, Owens has a lot more on his mind dating back to 2020.

Owens and Sami Zayn will be the story to watch in this as the conflict that the “Honorary Uce” has dealt with regarding his former best friend has been showcased for the whole world to see. Whatever happens between these two decides if The Bloodline’s reign over WWE continues with no problems or if Sheamus and company can finally start to break down the walls of The Bloodline fortress. This should be a special one.

Stay tuned to the Last Word on Pro Wrestling for more on this and other wrestling stories worldwide as they develop. You can always count on LWOPW to be on top of the important news in the wrestling world and provide you with analysis, previews, videos, interviews, and editorials on the wrestling world. Additionally, you can check out an almost unlimited array of WWE content on the WWE Network and Peacock.